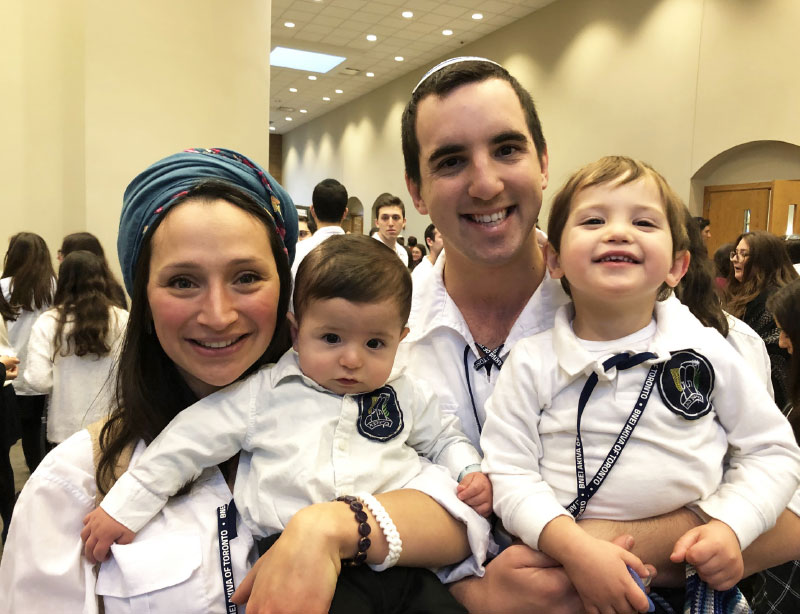 Last month, Rabbi Aron White sat down with two pairs of shlichim who served overseas in recent years to reflect on their experiences. Etan and Nili Zivan served as Bnei Akiva shlichim to Toronto, Canada from 2017–2019, while Avichai and Tiferet Berkowitz served as the Roshei Kollel of the Torah MiTzion Kollel in Sydney, Australia from 2018–2020.

What motivated you to go on shlichut?

Nili: My parents made Aliyah from Los Angeles, and had been greatly influenced by the Bnei Akiva shlichim there, so we were inspired by the idea of going abroad to spread the good word of Eretz Yisrael. Etan and I both served in the IDF, and I think that in many ways we saw our shlichut as a continuation of that service, only with a more fun and creative spirit. Though we had meaningful opportunities to use our creativity and ideas here in Israel, we both felt that shlichut was an opportunity to strengthen the people and Land of Israel in a different way.

Avichai: I had been a shaliach to Sydney when I was single, but all the pieces came together for us to go back as a young married couple. We had just finished our degrees and did not have any kids yet, and the community impressed upon us how much of an impact the kollel has on the community. We felt needed and that we could make a difference, so were excited to take up the position! 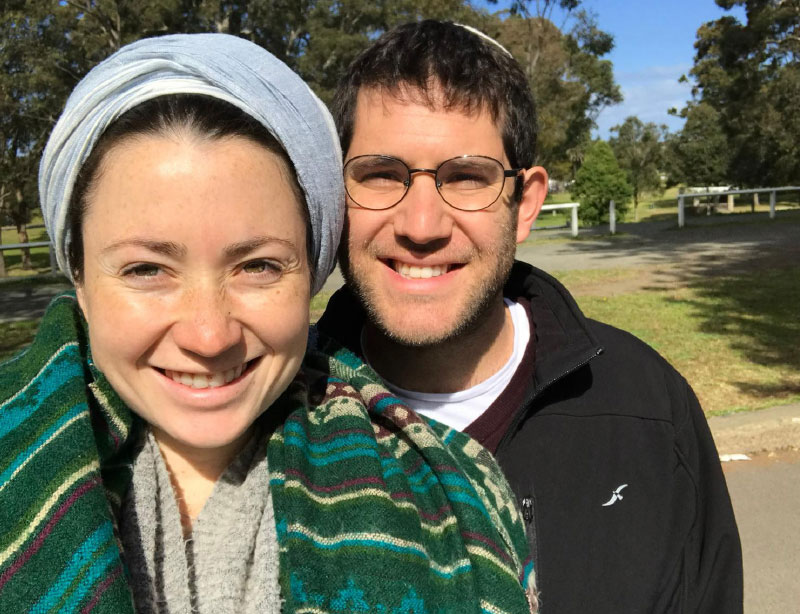 Share with us some of your most powerful experiences. What was a moment that made it all worthwhile?

Tiferet: We had a big role in helping certain people from the community in their process of making Aliyah; by simply sitting and talking with them about it, we really helped them along the way! I was also excited to run a midrasha learning program for women, and a shiur that we ran for university students ended up becoming a parent-child learning program when the students began bringing their parents along as well!

Etan: After the terrible shooting at the Tree of Life synagogue in Pittsburgh in October 2018, Nili and I thought about how we should respond. There were talks about taking pictures with signs, or starting a hashtag on social media, but in the end we decided the most meaningful response would be to get people out of their houses to actively show their support for the Jewish community. We organized a gathering at one of Toronto’s main intersections, and before we knew it, over 200 people had joined and other locations were set up around the city. We felt honored to give our students and the community members an opportunity to be active with their feelings towards the terrible acts of antisemitism of that time.

On a much happier note, our son Rotem was born in Toronto during our shlichut. He was born during the summer, when Nili and I were working at Moshava Ba’Ir. While we were still in the hospital, I received a phone call from Karen Meir, our supervisor, saying that they would be more than happy to have the brit at camp so that all the campers could share in the simchah. It was such an amazing way to include the campers in the celebration and another way of showing the community’s incredible care for us.

What were some of the greatest challenges of shlichut?

Etan: Being away from Israel! You spend so much of your time teaching, speaking and representing Israel and yet you are so far away. Sometimes we would see families making Aliyah, or going to Israel for a vacation or a simchah and we just wanted to hide in their suitcases and go with them!

Tiferet: Being away from family was tough. When our first child was born, it was really hard not having our family there, which we would have had in Israel, but we knew it was a sacrifice we had to make for shlichut. We also were in charge of managing other shlichim, and making sure that each shaliach found their niche and fulfilled a meaningful role. That wasn’t easy, and we worked very hard at it.

How did the shlichut experience change you and your perspective on the Jewish people?

Nili: Shlichut is a lifestyle, not a job. We had formal job titles, but we learned and hopefully also taught that shlichut is so much more – it’s a way of life. Making everything meaningful is something we can all do with the right amount of dedication and effort. Being Israeli can come with a bit of haughtiness, and in many ways rightfully so. The issue is that over half of the Jewish people currently live outside of Israel. In order for there to be true unity, the Israeli community must learn more about and better appreciate the Jewish communities of the Diaspora. This will allow both sides to unite through authentic understanding and appreciation, hopefully leading to a stronger, more passionate, and committed Jewish people.

Avichai: Shlichut deepened our perspective; the big picture of Diaspora Jewry became a mosaic filled with countless individuals, each with their own story. When you go on shlichut, you are motivated by a big dream of reaching out to a huge community, but being able to connect with people on a one-to-one basis is ultimately what makes shlichut meaningful and impactful.