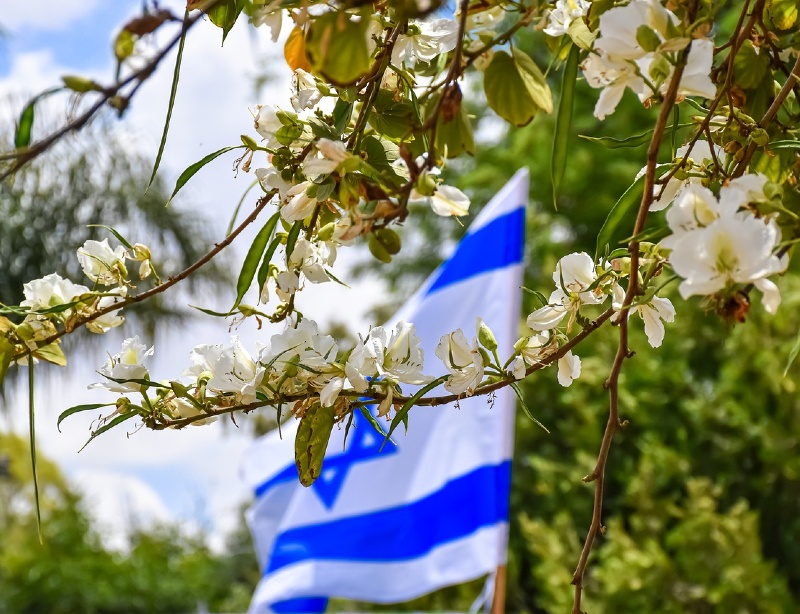 A Time to Reap

A Time to Reap and a Time to Plant Once More!

Almost 2,000 years ago, the Mishnah taught us that the new year for trees – the date that determines tithing – is the 15th of Shevat, or, as we’ve come to call it, Tu BiShvat. Trees are a surprisingly central symbol in Judaism. The very center of Adam and Chava’s experience in Gan Eden, indeed the first moral and religious dilemma faced by human beings, was a tree! Amazingly, in Avot D’Rebbi Natan, Rabbi Yochanan ben Zakkai teaches that if one is planting a sapling when Mashiach arrives, one should finish planting it before greeting him.

It is appropriate, then, that Mizrachi’s 120th anniversary celebration is beginning now, at the time of Tu BiShvat. It is said that a tree’s strength lies in its roots, and Mizrachi’s roots run deep. In this issue of HaMizrachi, we have the opportunity to reflect on some of those roots, including the contributions of Arie and Sam Halpern, zichronam livracha.

Arie and Sam were born to devout Chortkover chassidim in pre-war Poland. As teenagers, the brothers became active in the Zionist group HaNoar HaTzioni and dreamed of seeing a Jewish state one day. Despite losing almost 60 members of their family in the Holocaust, the brothers survived ghettos, labor camps and concentration camps. After the war, they immigrated to America, established their families and built successful businesses.

The harrowing experience of the Holocaust did not diminish Arie and Sam’s strong character and values. In 1957, the brothers sold their supermarket chain and entered the real estate market to be able to keep Shabbat. And after their families, the brothers’ deepest love was the State of Israel. They never stopped supporting its institutions, and both went on to serve in key leadership roles with RZA–Mizrachi.

In Masechet Ta’anit, the Talmud poses an interesting question – how does one properly bless a tree from which they have benefited?

Mizrachi’s history is a storied one. We begin the celebration of its 120th year by highlighting some of those who planted our roots deep in the soil. Like the tree’s strength that lies in its roots, Arie and Sam Halpern are planters who understood that we must plant trees to provide shade and fruit to the next generation.

After 120 years, we are blessed to stand beneath an extraordinary tree of Religious Zionism. But we are not done planting. Like the parable of the Talmud, the greatest blessing that can be given to Mizrachi is that its current and future iterations – its “saplings” – continue in its founding spirit.

This Tu BiShvat marks 120 years of planting the Jewish future in Eretz Yisrael and in the Diaspora, 120 years of fulfilling Mizrachi’s mission of inspiring commitment to Torah, the Jewish people, and the Land of Israel. Without planters like the Halperns, we could not have made it to this monumental milestone. But now more than ever, our people need more trees. As you read through this issue, and as we celebrate an extraordinary past and a bright future, ask yourself how you can plant a tree for Mizrachi this Tu BiShvat.

Rabbi Ari Rockoff is the Executive Vice President of RZA–Mizrachi.