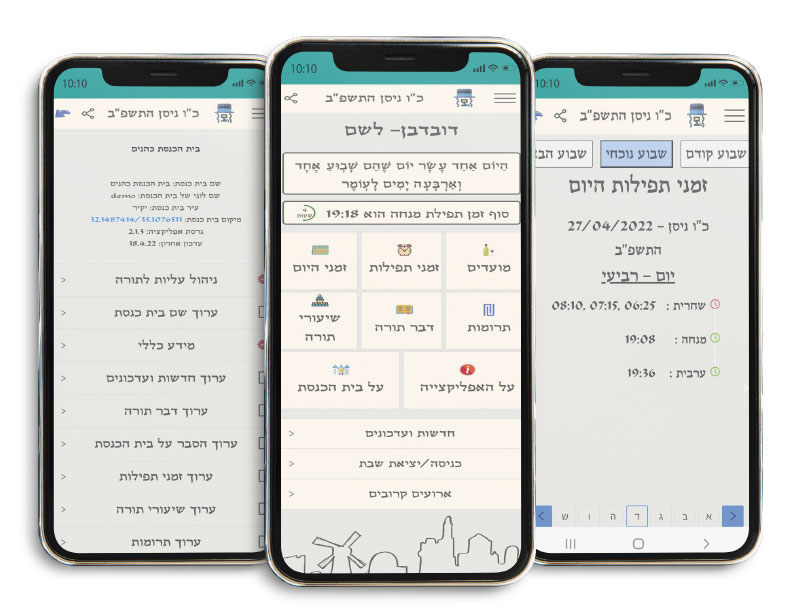 The United Synagogues of Israel, in partnership with the World Organization of Orthodox Synagogues and Communities, recently released an innovative app that allows rabbis, gabbaim and community leaders to manage religious life in their synagogue community in an innovative and effective manner. Just as importantly, the app can be used to draw community members closer to synagogue activities and help them become more active partners in community life.

The app makes it easier to distribute aliyot to community members in an orderly and fair manner, sending the gabbai a reminder on Friday with a list of members who have not recently received an aliyah. The app also reminds the gabbai about those members who will be observing a yahrzeit or celebrating a birthday, anniversary or other event in the week ahead. Concurrently, the app sends the person scheduled to receive the aliyah a notice before Shabbat, reminding him to arrive in time for the aliyah.

The new app can also be used to make Torah classes and minyanim more accessible. Rabbis can upload recordings and videos of their classes together with source sheets so those who could not attend in person can listen to the classes at their convenience. The app also informs the community of minyan times, which can be automatically updated for the entire year according to the rules set by the rabbi on the app.

Shul members can also pay membership fees and make donations through the app, which immediately provides them with a receipt, saving a lot of hassle for shul treasurers and the members themselves.

Most importantly, the app allows rabbis, gabbaim and synagogue leaders to instantly communicate with the United Synagogues of Israel and the World Organization of Orthodox Synagogues and Communities. If security forces issue a warning about a potential terrorist attack in a certain area, the United Synagogues and World Organization can use the app to inform synagogue leaders to be vigilant, verify the presence of essential personnel and enable synagogues to prepare in a safe and calm manner. The app can also be used to convey COVID updates and ensure safe prayer and compliance. 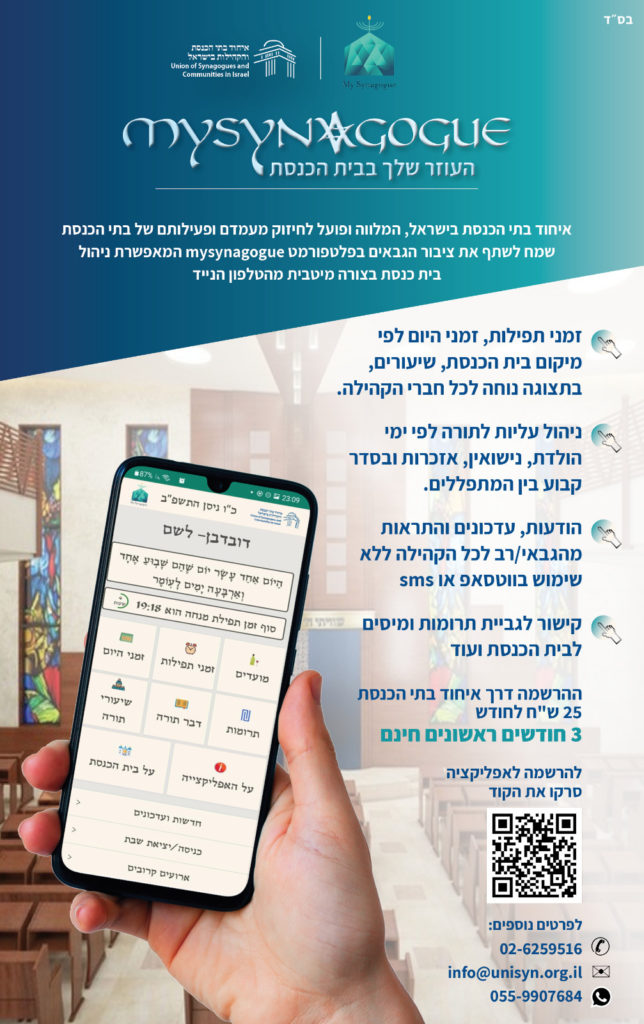 This important new app is currently available in Hebrew, but it can be used in synagogues throughout the world. The United Synagogues of Israel and the World Organization of Orthodox Synagogues and Communities are working to make the app available in English, Spanish and other languages. To purchase the app, go to www.unisyn.org.il.

Rabbi Shmuel Slotki is the Director of the World Organization of Orthodox Synagogues and Communities.