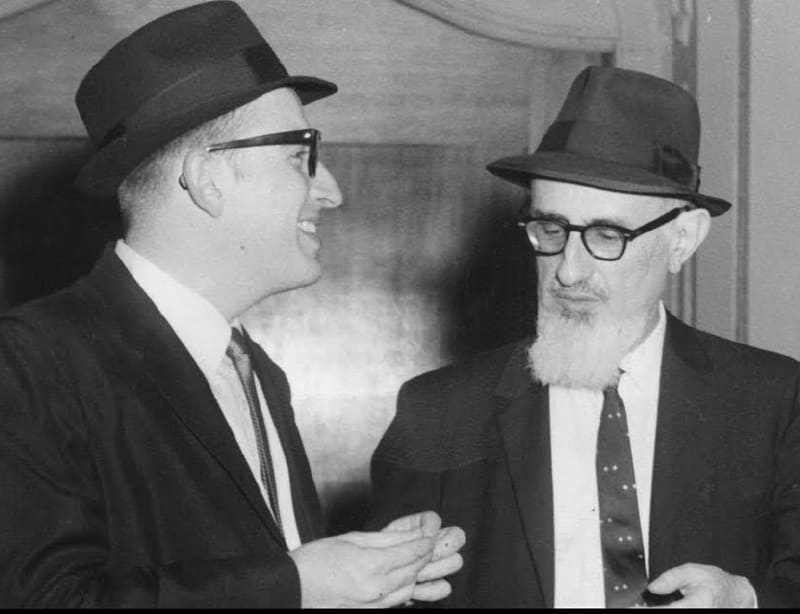 An Interview with Rabbi Hershel Schachter on the Rav

“The Rav was an independent thinker, but he fundamentally agreed with the Mizrachi approach.”

AB: Why did Rabbi Soloveitchik become an activist in the Mizrachi movement?

RHS: The Rav said that he felt the Agudah had made a major mistake by not encouraging European Jewry to move to Eretz Yisrael before the war. So many lives could have been saved from the Holocaust if more Jews had gone to Eretz Yisrael!

But the Rav also disagreed with the approach of Agudath Yisrael after the State of Israel was established. Many rabbanim believed that it was yehareig v’al yavor, that one must give up his life before joining the coalition government in the State of Israel! But Rabbi Soloveitchik said that even when the government is doing anti-religious things – and in the early years, the government was very anti-religious – you have to choose the lesser of the two evils and join the coalition government. You have to act, you have to be involved, to make a difference!

Years later, Rabbi Elazar Shach took the same position as the Rav, and said that the Charedi community must join the coalition government. When his position became public, he was attacked by Rabbi Moshe Shternbach, then a young whipper-snapper, who quoted great rabbis from earlier generations who said it is forbidden to join the coalition government. So Rabbi Shach wrote a letter to his relative, Rabbi Shneur Kotler in America, and said they should hang this letter up in all the yeshivot in America. In this letter, Rabbi Shach explained why he felt that the Charedi community had to join the coalition, for we have a tradition from our rabbanim that we must try to choose the lesser of two evils. The Gemara in Eruvin explains this principle.

Rabbi Shach ultimately reached the same conclusion as Rabbi Soloveitchik, many years later after the Rav – that we have to be involved, be willing to join the government, and get things accomplished.

AB: Over the years, Rabbi Soloveitchik occasionally disagreed strongly with some of Mizrachi’s positions. How did he feel about the movement in his later years?

RHS: The Rav would sometimes condemn the government for taking a certain stand and praise Mizrachi for standing up to the government. And sometimes he would strongly disagree with Mizrachi when he felt they took the wrong position. After one such disagreement, someone asked the Rav if he was leaving Mizrachi. Rabbi Soloveitchik responded, “I didn’t say I’m quitting Mizrachi! A husband and wife never have disagreements? I don’t get divorced every time I have a disagreement with my spouse. Yes, I disagreed with the position the party took in the Knesset, but I’m not getting divorced from Mizrachi!” The Rav was an independent thinker, but he fundamentally agreed with the Mizrachi approach.

Avi Borgen is a media ops manager at Initiative, a global media agency. He is a graduate of Yeshiva University.