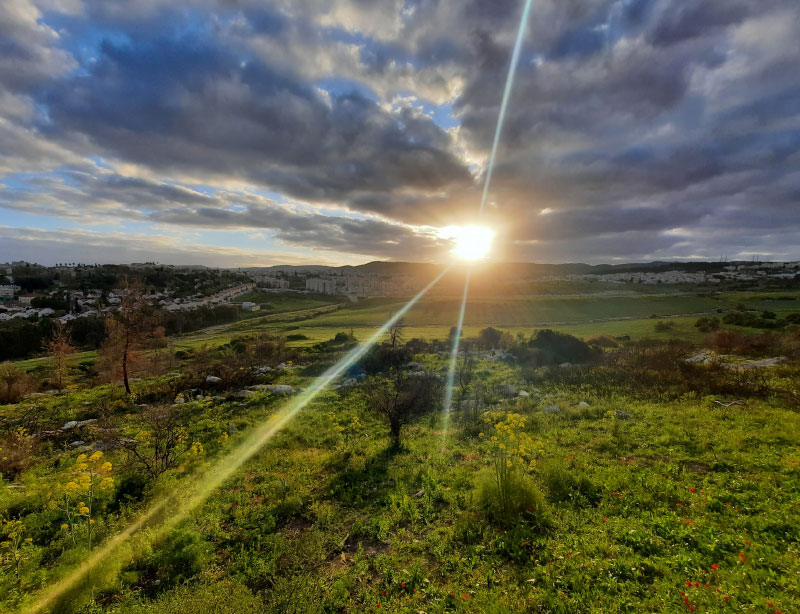 Most shlichim mentioned in the Torah are people sent on a particular mission on behalf of another. Avraham sent Eliezer to find a wife for Yitzchak, Ya’akov sent Yehudah ahead to Egypt to prepare for the family’s arrival, Hashem sent Moshe to Pharaoh, and Moshe sent the spies to explore Eretz Yisrael.

The Zohar (1:129b) teaches that we must aim to live as constant shlichim of Hashem, comparing such people to malachim, heavenly angels, whose very name means “agents”. The Ba’al Shem Tov believed that we are all sent to this world as Hashem’s agents with unique missions to accomplish, while Rav Soloveitchik adds that this is why each of us are born at a particular time and place, for we all have unique missions to accomplish on Hashem’s behalf.

Though Adam HaRishon was expelled from Gan Eden as a punishment, his punishment was also intended to be a form of mission. Chazal explain our people’s exile from the Land in a similar fashion; just as Adam was given a new shlichut to accomplish outside of Gan Eden, the Jewish people were meant to fulfill a new shlichut in exile (Eicha Rabbah, Hakdama 4).

Yosef took this idea a step further. Though he arrived in Egypt through the sinful actions of his brothers, he viewed himself as Hashem’s shaliach. He saw the famine and the centralization of resources in Egypt as a unique opportunity to assist the Jewish people, and believed G-d had placed him in a powerful position in order to facilitate this goal. He explained to his family: “You did not send me here; it was Hashem” (Bereishit 45:8). Though the brothers sold him as a slave, it was Hashem Who put Yosef in his powerful position at that critical juncture.

We all know the importance of turning “lemons into lemonade”, of trying to transform a negative situation into a positive one. Yosef teaches us to seek more than just lemonade, to try to understand G-d’s intentions, even when we are victims of “man-made” or even sinful circumstances.

Using a verse in Sefer Shmuel as inspiration, Rabbi Eliyahu Meir Bloch founded the Telz Yeshivah in Cleveland during the Holocaust. After escaping Europe and arriving in Cleveland in 1941, he and Rabbi Mottel Katz convened a meeting with community leaders to discuss founding a yeshivah. At the meeting, Rabbi Bloch discussed the code Yehonatan used to let David know whether or not it was safe for him to return to Shaul’s court.

Rabbi Bloch explained that even when we are escaping danger, we are actually on a mission, for the danger is merely G-d’s way of ensuring we arrive in the place where we are meant to fulfill our shlichut. This was how Rabbi Bloch viewed his own situation; his escape from Europe was meant to bring him to Cleveland to reestablish the Telz yeshivah in America.

Modern culture encourages us to focus on ourselves and our own personal pleasure, goals and self-fulfillment. At first glance, this makes the concept of shlichut harder to identify with. But in truth, shlichut for Hashem – our Creator – is the ultimate self-fulfillment! The entire world was created to glorify Hashem; when we act as His emissaries, we realize what we were created to accomplish.

May we achieve chayei olam (eternal life) by living our lives as shlichim on behalf of the One sheb’ra’anu lichvodo, “Who created us for His Honor”, and separated us from the aimless by giving us the Torah to show us how to serve Him.

Rabbi Reuven Taragin is the Educational Director of Mizrachi and Dean of the Yeshivat Hakotel Overseas Program.