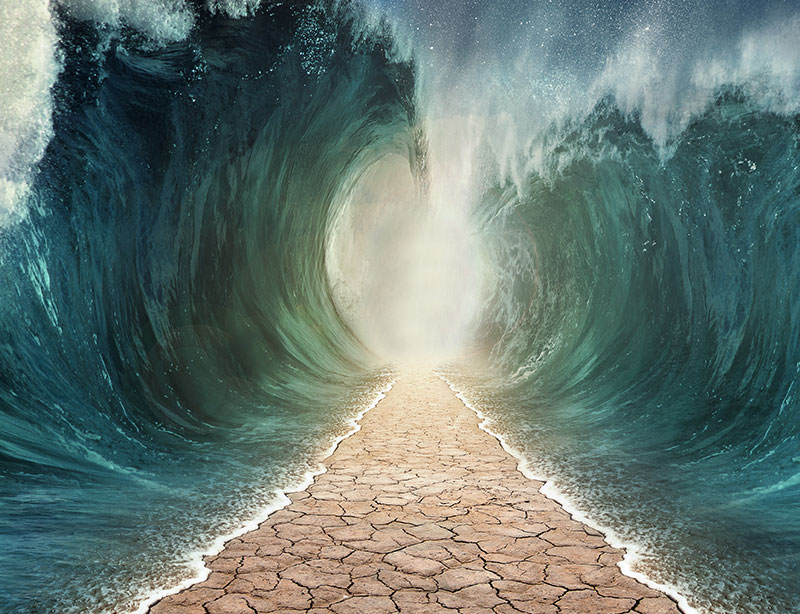 B’Simchah Rabbah: Why We Celebrate the Last Day of Pesach

On the seventh day of Pesach, we commemorate and celebrate the splitting of the sea by reading about the miracle in Parashat Beshalach (Megillah 30b). What aspect of Kri’at Yam Suf are we celebrating?

The miracle – geulah and cherut

Kri’at Yam Suf completed two aspects of the Exodus. The first aspect was the redemption itself. The Yerushalmi (Pesachim 71:1) explains that Bnei Yisrael did not sing shirah when they first left Mitzrayim, because it was only the beginning of the redemption. The Ohr HaChayim (Shemot 12:15) explains that the redemption was only completed with Kri’at Yam Suf. The centrality of the splitting of the sea is evident from the text of the geulah beracha recited before Shemoneh Esreh. The blessing mentions the Exodus only briefly, focusing instead on Kri’at Yam Suf.

Kri’at Yam Suf also completed the process of cherut (freedom). The Torah twice mentions that the name of the place near the sea where the Jews camped was Pi HaChirot, “the mouth of freedom.” (Shemot 14:2, 14:9) Rashi cites the Mechilta, explaining that the Jews only became truly free through Kri’at Yam Suf. The Talmud learns from the story of the Exodus that one should sing shirah when freed from slavery. Rashi explains that this “Exodus song” is the one the Jews sang at the sea. Though the people had left Egypt a week before, they only achieved true freedom at the sea, and so that is where they sang.

Why were these processes completed only at the sea and not through the initial Exodus? The commentators1 explain that even after they left Egypt, the people continued to see the Egyptians as their owners and taskmasters. Only once the Egyptians perished at the sea did the Jews feel completely redeemed and truly free.

The shirah and simchah

Rashi2 understood the significance of the seventh day differently. He explains that our commemoration and celebration are not due to the miracle, but to the people’s response – their singing of shirah. The Sforno (Vayikra 23:36) uses this idea to explain the Torah’s usage of the term atzeret (gathering) to describe the yom tov status of the seventh day of Pesach. The seventh day celebrates the fact that the Jewish people gathered together to sing shirah. The Torah emphasizes this point because, had they not done so, the seventh day would not be a yom tov. The miracle of Kri’at Yam Suf alone would not have been enough basis for a yom tov. Only the shirah gives us reason to celebrate.

This explains the opinion quoted by the Maharil3 that instead of calling the seventh day zman cheruteinu, “the time of our freedom,” we should describe it as zman simchateinu, “the time of our joy.” This description is surprising. Pesach is the only holiday regarding which the Torah does not mention simchah. Why does the Maharil argue that simchah is the central characteristic of the seventh day?

Shirah is rooted in feelings of simchah. The Gemara (Arachin 11a) links the Levi’im’s shirah in the Temple to a verse that mentions the importance of serving Hashem with simchah and goodness of heart (Devarim 28:47), explaining that shirah is the expression of serving Hashem with simchah. Rashi adds that we only sing when we are happy and in good spirits. Song is a unique expression of happiness; though many things generate happiness, song is the way we express happiness. (Tzon Kedoshim)

Kri’at Yam Suf was more than “just” another miracle on behalf of our people. It was the moment we were finally relieved and happy enough to express our thanks in song to Hashem, and it is this song that we commemorate and celebrate on the seventh day. According to Maharil, their happiness is the essence of what the day should be for us as well.

Let’s use the seventh day of Pesach to appreciate, celebrate and sing about the gift of true freedom Hashem gave us – bayamim haheim and bazman hazeh!

● Dedicated to Miriam HaNevi’ah, one of our first female leaders, who led the Jewish women in song in response to the miracle of the splitting of the sea.