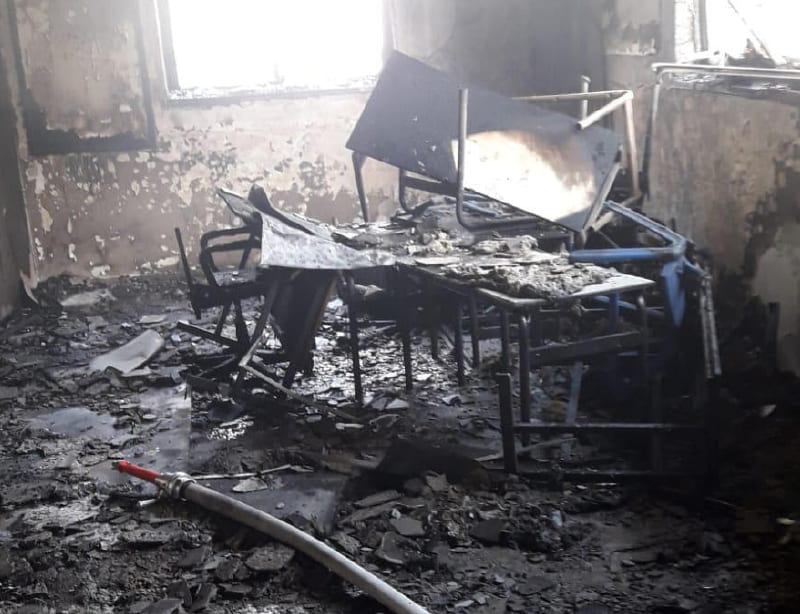 The inside of a burned shul in Lod

Lod. I’ve been there before; many of us have. It’s name conjures up the image of a small white plane on the seatback screen as our flight descends into Ben Gurion. We’ve all passed through Lod. And yet it remains unfamiliar, even foreign.

Lod is more than an “airport city,” more than the drive to and from our flights. Like most cities outside the Anglo bubble, it isn’t exactly a tourist hotspot. It possesses few tunnel tours or excavations, and few of us have relatives to visit there. Yet it is a city with deep Jewish roots, dating back to the Maccabean and Mishnaic periods. Like the legendary Chevron found in our parasha, Chayei Sarah, Lod is a city with thousands of years of history.

In recent years, Lod has been thrust to the center of a modern Israeli movement of Garinim Torani’im, in which groups of idealistic Jews choose to settle in less developed and troubled areas of the country. Economically and culturally, Lod became a symbol of coexistence as one of the so-called “mixed cities”, where Jews, Christians, and Muslims live together side by side. In practice, this balance is a delicate one, as Lod is home to some of the toughest neighborhoods in Israel. These neighborhoods, with poor Arab and Jewish populations, suffer from neglect, lack of employment, segregation, and violence.

We may have landed in Lod, but most of us have never experienced Lod. Our unfamiliarity became especially apparent when violence broke out in several mixed cities during the brief conflict this past May. In addition to the all-too-familiar scenes of rockets from Gaza falling on Israel, another conflict was breaking out within Israel’s borders.

The images of shuls burning to the ground in Israel was jarring and frightening. In the past, many of us would quickly book flights to Israel when conflict erupted. But this time, unable to visit because of the pandemic, we felt helpless and disconnected, unable to fully understand the dangers our brothers and sisters were facing.

Our community responded as it always does – with Tehillim recited in countless schools and shuls, by raising funds to rebuild and assist, and by planning missions. Following this playbook, RZA–Mizrachi organized a Rabbinic and community leadership mission to Israel this past July. We began our mission with a full day visit to Lod, the first time most of us had ever stepped foot in the troubled city. By the end of the day, I emerged with a new perspective and understanding.

Being in Lod reminded me of how vital it is to spend time on the ground, meeting people and hearing their stories. It quickly became clear that a full-fledged pogrom has taken place in the heart of Israel, the full extent of which was ignored by the international media. Hearing their stories for the first time, I realized that we can only support these extraordinary people if we first make the effort to know them.

Writing on Chayei Sarah, the late Rabbi Lord Jonathan Sacks notes that Avraham and Sarah “are among the supreme historical examples of what it is to have a ‘Why’ in life. The entire course of their lives came as a response to a call, a Divine voice.” In answering that call, they traveled the length and breadth of the land, not only to the tourist hotspots! We must follow their example, and pay greater attention to all of the communities of Israel.

To that end, I am excited to introduce Mizrachi’s Israel Communities Fund, which you will read more about in this issue’s “To Be a Free Nation in our Land: The Battle for Israel’s Mixed Cities” (on page 28). This fund, established together with communities across the US, will support the forgotten communities of Israel by investing in their educational and religious growth. Please join us!

We have passed through Lod; now it is time to experience it. In doing so, we will be following Avraham and Sarah’s example, responding to the Divine voice, and joining together with our fellow Jews to build and strengthen our homeland.

Rabbi Ari Rockoff is the Executive Vice President of RZA–Mizrachi.