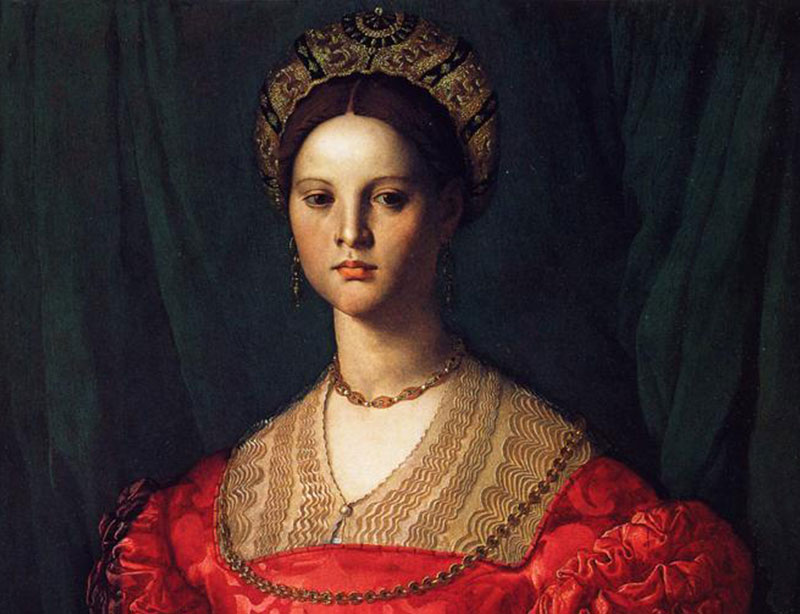 By the mid-1500s, most of the world knew her name: Doña Gracia Nasi, a veritable Woman of Valor and an unapologetic Jew who utilized her vast wealth on behalf of her nation. As a businesswoman, she managed an enormous company of trading ships that sailed across the globe, carrying spices, silver, and Jews fleeing the Spanish Inquisition. Doña Gracia defied expectations by living openly as a Jew while dressed at the height of contemporary fashion, confronting kings, emperors, popes, and sultans to advance the causes of the Jewish people.

Doña Gracia Nasi was born Beatrice de Luna in about 1510 in Lisbon, Portugal to a family of affluent crypto-Jews who had fled the Spanish Inquisition. However, even in Portugal, the family was forced to convert to Catholicism along with many others in 1497. As conversos, her family maintained an outward Catholic façade while secretly practicing Jewish tradition. Conversos generally possessed two sets of names: their Christian names (which were given after baptism) and their Jewish names (if they maintained that identity in private). At home, Beatrice was known as Gracia, the Iberian equivalent of the Hebrew name Chana.

At the age of eighteen, Beatrice de Luna married her uncle, Francisco Mendes-Benveniste – the most prominent merchant in Lisbon and the undercover rabbi of the converso community. But the marriage between Beatrice and Francisco was short lived. Francisco died in 1535, leaving Beatrice and their young daughter, Ana, behind. According to Francisco’s will, he divided his fortune between Beatrice and his brother, Diogo Mendes. Overnight, Beatrice Mendes became one of the wealthiest women in the world. At the age of 25, it became her responsibility to take over the commercial pursuits and covert religious responsibilities of her deceased husband.

Diogo Mendes relocated to Antwerp, the leading financial center in Europe, where Beatrice, Ana, and Beatrice’s sister Brianda soon joined him. As Antwerp was under the jurisdiction of Spain, Beatrice and her family were still forced to live as crypto-Jews for fear of being caught by the Inquisition. Nevertheless, she began to use her resources to design an underground network that helped hundreds of crypto-Jews flee Spain and Portugal. The Mendes family business owned trading ships that traveled between Lisbon and Antwerp, and soon enough these ships were carrying Jewish fugitives in addition to spices and bullion. Once the crypto-Jews arrived in Antwerp, Beatrice provided instructions and money to cross the treacherous range of the Alps to the port city of Venice. From there, transportation was arranged to bring them to the Ottoman Empire – including the holy land of Israel.

Beatrice, the steward of immense wealth, was now a target. Claims of Judaizing were brought against her dead husband Francisco Mendes in the hopes of draining Beatrice of her money, and she was forced to pay a large bribe to the Holy Roman Emperor Charles V. Considering the many suitors, who, with an eye to the family’s affluence, aggressively sought to marry Ana, Beatrice decided to relocate to Venice in 1544. The family did not live in the Jewish ghetto, and instead maintained a Catholic pretense while living among the upper class along the Grand Canal.

Beatrice relocated to Ferrera in 1549 where the ruler, Ercole II, Duke of Este, hoped to bring the commercial assets of the Mendes family to his city. Ferrera was home to a large Sefardic community that consisted of many ex-conversos from the Iberian Peninsula. For the first time, Beatrice and her family could live openly as Jews. In Ferrera, Beatrice assumed her Jewish name: Doña Gracia Nasi. Doña is a Spanish honorific reserved for nobility, Gracia is the Spanish equivalent of Chana, and her new surname, Nasi, alluded to the biblical title that connoted royalty and political leadership. A nasi, or prince, represents the Jewish people in communal, legal, financial, and political aspects of life, and Doña Gracia Nasi was the only woman for whom there is evidence that this title was used. In keeping with this title, even after openly reclaiming her Judaism, Doña Gracia did not submit to the sumptuary laws that restricted the clothing Jews were allowed to wear, and continued to dress fashionably in the high style of living to which she was accustomed. 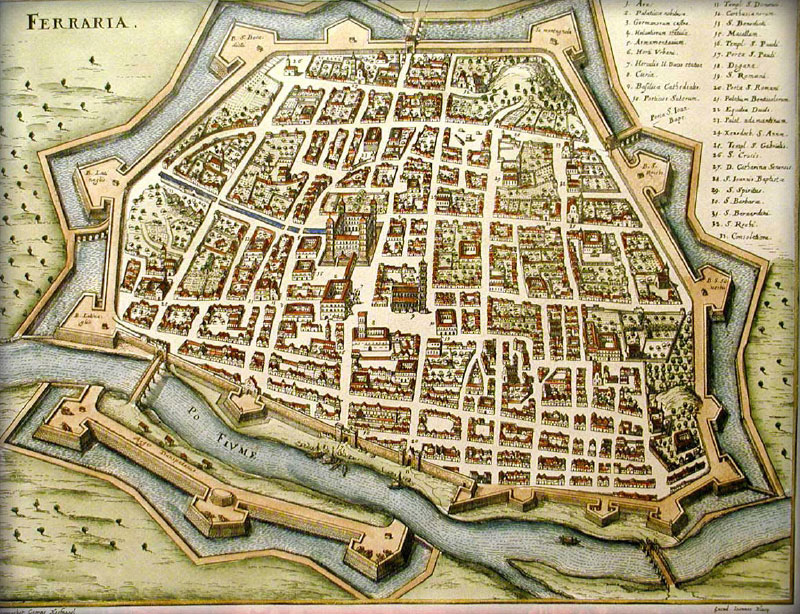 An active patron of the literary and printing endeavors of Ferrera’s Jewish community, both the Ferrera Bible, a vernacular Spanish translation of the Hebrew Bible, and historian Samuel Usuqe’s Consolation for the Tribulations of Israel – published in Ferrera in 1553 – were dedicated to Doña Gracia Nasi.

In the spring of 1553, Gracia Nasi moved from Venice to Constantinople, the capital of the Ottoman Empire. She continued to aid refugees fleeing Iberia, redeemed Jewish slaves captured by pirates, and established a yeshivah colloquially called “the academy of the giveret” and a synagogue named “the synagogue of the Señora.” She organized the boycott of the popular trading port Anacona in 1556 after the papal mistreatment of Portuguese Jews living there – two dozen of whom were burned at the stake. In her own home, she hosted meals that served nearly a hundred hungry people every day.

Her heart, however, was always focused on the Land of Israel. In the 1560s, Gracia Nasi and her nephew, Joseph Nasi, who served in the sultan’s court, sought to establish a settlement in Tiberias with the goal of creating a place of refuge for Jews. Sultan Suleiman the Magnificent granted Joseph Nasi permission to settle Tiberias, and by 1566, a thriving community of Jews were living there. Doña Gracia Nasi even reinterred the remains of her deceased parents and husband from Portugal to Israel. Though the settlement she helped to build in Tiberias dwindled to only a few remaining families, she made an indelible mark in the effort to bring Jews back to the Land of Israel. Today the Doña Gracia hotel and museum is located in Tiberias, welcoming visitors to the land to which she yearned to return.

Doña Gracia Nasi died in 1569. After her passing, the famous poet Sa’adiah Longo wrote an ode to commemorate her called “Doña Gracia of the House of Nasi,” comparing the pain of her loss to the pain felt for the destruction of the Temples on Tisha B’Av. Revered as a champion for the Jewish people, Doña Gracia was a woman who chose to act at a time when many Jews were burned alive at the stake. Her unabashed allegiance to the Jewish nation made Doña Gracia the embodiment of perseverance in exile, reminding our people that they would one day return as free and proud Jews to the Holy Land.

Chaya Sara Oppenheim holds a B.A. from Barnard College where she studied English and history.