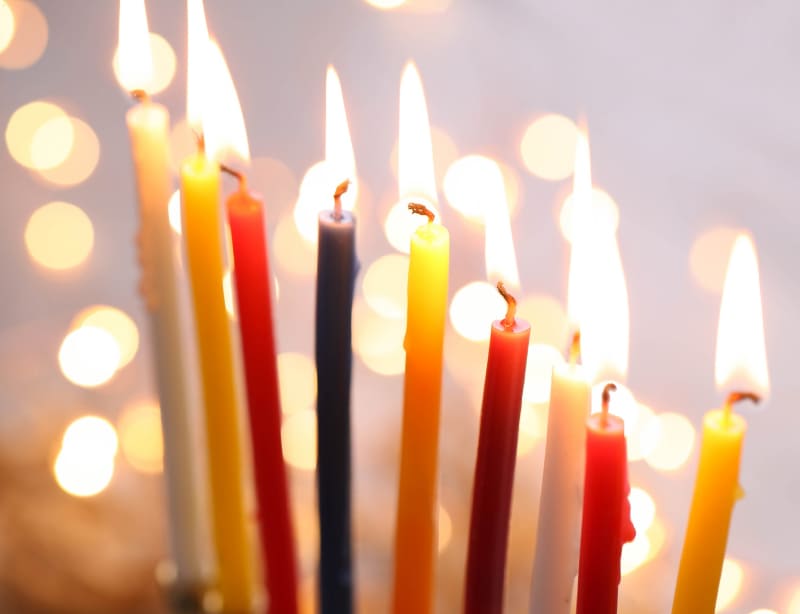 Extinguishing Evil or Spreading the Light?

Yosef is the only one of the twelve tribes to whom the Torah attributes two reasons for his choice of name. First, we are told that Rachel selected the name Yosef because אָסָף אֱלוֹקִים אֶת חֶרְפָּתִי, “G-d has taken away my reproach” (Bereshit 30:23). In the very next verse, Rachel provides an additional explanation for naming her son Yosef – יוֹסֵף ה‘ לִי בֶּן אַחֵר (may Hashem grant me yet another son). These two reasons for Yosef’s name exemplify Yosef’s two strengths, the first concerning the past – (removing Rachel’s past suffering) and the second looking towards the future (Rachel requesting another son in the future).

Yosef transmitted these two strengths to his own sons as evidenced by their names. One was called Menashe כִּי נַשַּׁנִי אֱלֹקים אֶת כָּל עֲמָלִי, “G-d has caused me to forget all my toil and all my father’s house” (Bereshit 41:51), relating to forgetting a painful past.  The other was named Ephraim – כּי הִפְרַנִי אֱלֹקים בְּאֶרֶץ עׇנְיי, “G-d has made me fruitful in the land of my affliction,” (ibid. 41:52) relating to Yosef’s present and future.

In Jewish tradition, the actions of the fathers foreshadow the fate of their descendants. Yosef’s two children represent middot that we all must internalize. Our people are referred to as she’erit Yosef, the remnant of Yosef, and haben yakir li Ephraim, my precious son Ephraim. We are all Yosef’s children, and so we are all Menashe and Ephraim. They represent two of our kochot (strengths): Menashe represents turning from evil – help me root out my pain, my difficulties, the negative. Ephraim represents doing good, gaining the positive. We need to incorporate both “סוּר מֵרַע” (avoiding evil) and “עֲשֵׂה טוֹב” (actively pursuing good).

The people of Israel are never referred to as “the children of Menashe” because turning from evil is not the ikar, the main goal of our nation. Instead, we are called “the children of Ephraim” because the ikar is to actively pursue good and to bring the light of Torah to the world. Focusing on doing good will eventually lead to eradicating evil.

Rabbi Shlomo Yosef Zevin and Rabbi Shmuel Shmelke of Nikolsburg both suggest that these two middot may serve as the root of the well-known debate between Beit Hillel and Beit Shammai concerning the lighting of Chanukah candles. “Beit Shammai maintains: On the first day, eight candles are lit and thereafter they are gradually reduced. But Beit Hillel says: On the first day one candle is lit and thereafter they are progressively increased” (Shabbat 21b).

Fire accomplishes two different things; it destroys and removes, and yet it also illuminates and shines. Both qualities of fire are necessary to our spiritual growth. We must root out our yetzer hara and our negative tendencies, and we must also focus on the positive, by actively spreading the light of the Torah.

The Maccabim accomplished both of these goals. They first worked to burn out the Greek mentality, the Hellenistic nature of so many of the Jews of their time. They then actively purified the Beit HaMikdash and rekindled the menorah’s lights and the light of Torah and mitzvot.

What was the Maccabim’s primary goal? Which aspect of their extraordinary accomplishments do we remember most? This is the core issue debated by Beit Hillel and Beit Shammai. Beit Shammai posits that we descend from lighting eight candles to one, to underscore that the main objective is to root out the negative, symbolized by progressively reducing the number of candles that we light throughout the holiday. However, Beit Hillel argues that the main objective is to spread light – that the darkness will automatically disappear with the addition of more light – and so we are to increase the light by adding a candle each night.

Our custom follows that of Beit Hillel – that our primary objective is to spread light like Ephraim, not to extinguish evil like Menashe. This Chanukah, may we follow the example of Ephraim and Beit Hillel, and enlighten those around us with the beauty of the Torah.

Rabbi Shalom Rosner is a Rebbe at Yeshivat Kerem b’Yavneh and Rav of the Nofei HaShemesh community.