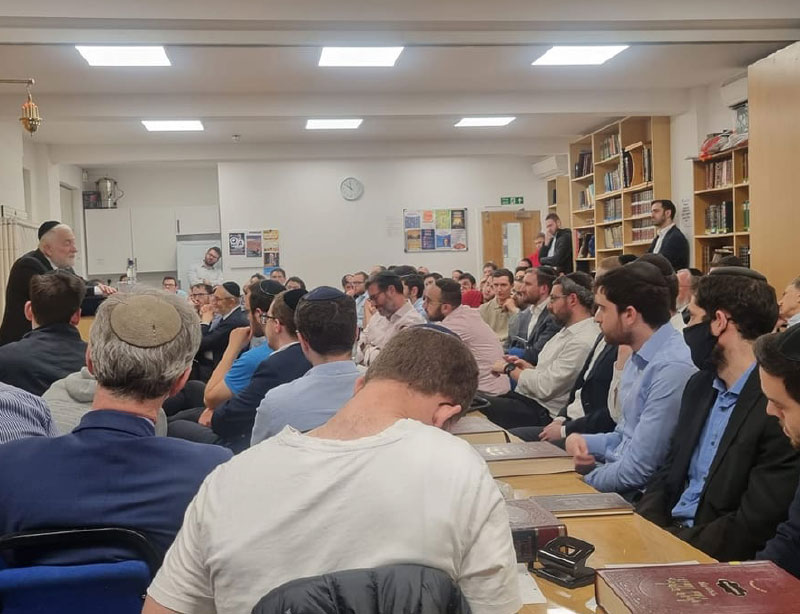 As part of a broader discussion about American Jewry, Avi Borgen asked Rabbi Hershel Schachter, Rosh Yeshiva at Yeshiva University’s Rabbi Isaac Elchanan Theological Seminary (RIETS), to reflect on the differences between the Modern Orthodox and Yeshivish communities in America.

Many of the differences between the communities are fading. I recently spent Shabbos with Moishe Bane, the President of the OU, and we davened together at an Agudah shul. I asked him, “what percentage of the people here send their kids to college?” He said “95%!”

The Chafetz Chaim once told a parable about a wealthy man with two married daughters. One son-in-law liked to eat milchigs (dairy), while the other liked to eat fleishigs (meat). The wealthy man supported both of his sons-in-law, but they never ate at the same table for dinner, since one ate milchigs and the other ate fleishigs. But then the wealthy man lost his fortune, and they could only afford to eat milchigs. But the two sons-in-law still sat at two tables! Then the formerly wealthy lost even more of his money, and all the family could afford to eat were potato peels that they scavenged from the garbage. But still the two sons-in-law ate at separate tables! The father-in-law said to them: “Originally, when one of you was eating milchigs and the other was eating fleishigs, you sat at two separate tables. But now that we’re all eating potato peels, why can’t we all sit together?”

The same is true of the Religious Zionist and yeshivish communities. In America, everyone is now pretty much the same.