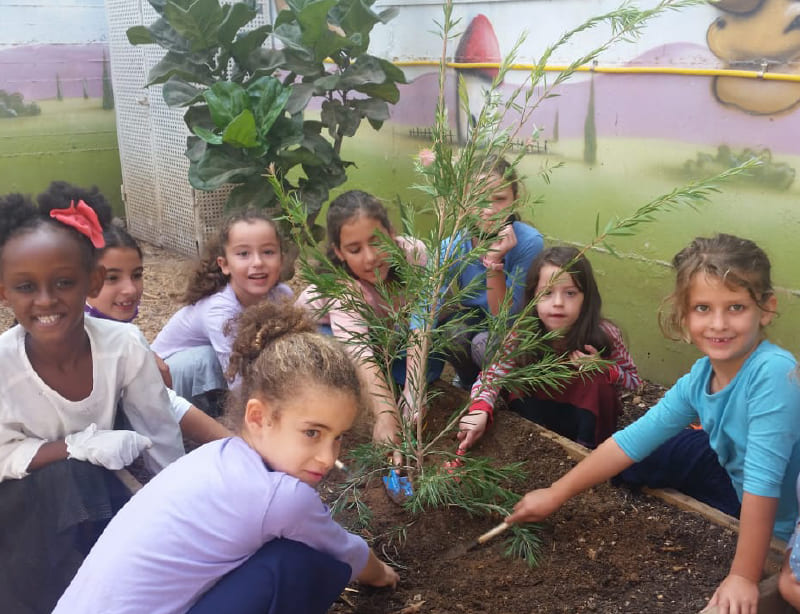 In the aftermath of the Six-Day War, as the movement to settle the biblical heartland of Yehuda and Shomron was just beginning, a parallel grassroots movement within the pre-1967 borders of Israel was also taking shape: the founding of the very first Garinim Torani’im.

The words Garin Torani, or “Torah seed,” refers to a group of idealistic religious families and individuals who move to a community with the goal of effecting social change. Most of the chosen communities struggle with poverty, urban decay or crime, and many lack religious life and infrastructure. Members of the Garin make their homes in the struggling town or city, working in partnership with veteran community members to strengthen the community from the inside.

Garinim Torani’im are similar in many ways to the Kollel Torah MiTzion movement in the Diaspora, in which a group of young families immerse themselves in a community intending to strengthen religious life. Garin members are domestic shlichim, teaching Torah classes, organizing youth and chessed programs, and reaching out to the broader community. However, the Garin Torani model differs significantly, as only some of the Garin members work formally for the Garin or other local educational institutions. Most of the young couples work in their own professions and rent their own homes while contributing their time on evenings and weekends. Their informal role as fellow community members only increases their impact, helping Garin members develop natural friendships and relationships with veteran community members.

Since the first Garin Torani was founded in Kiryat Shemona, hundreds more have been established in large and small cities throughout the country, particularly since the movement began to flourish in the 1990s. In many cases, their impact has been transformative. The Garin Torani of Or Yehuda has helped revitalize the predominantly Ethiopian community’s religious school system. In contrast, the Garin Torani of Lod, with over 500 families, has made great strides in reversing the decline of the mixed Jewish-Arab city. This achievement was threatened but not destroyed during the Arab riots this past May.

In revitalizing downtrodden neighborhoods across the country, the Garinim Torani’im seek to break down barriers between religious and secular communities. And to a great degree, they have succeeded in doing so, actualizing the Religious Zionist dream of not only settling the Land of Israel but also לְהִתְנַחֵל בַּלְּבָבוֹת, of “settling in people’s hearts.”