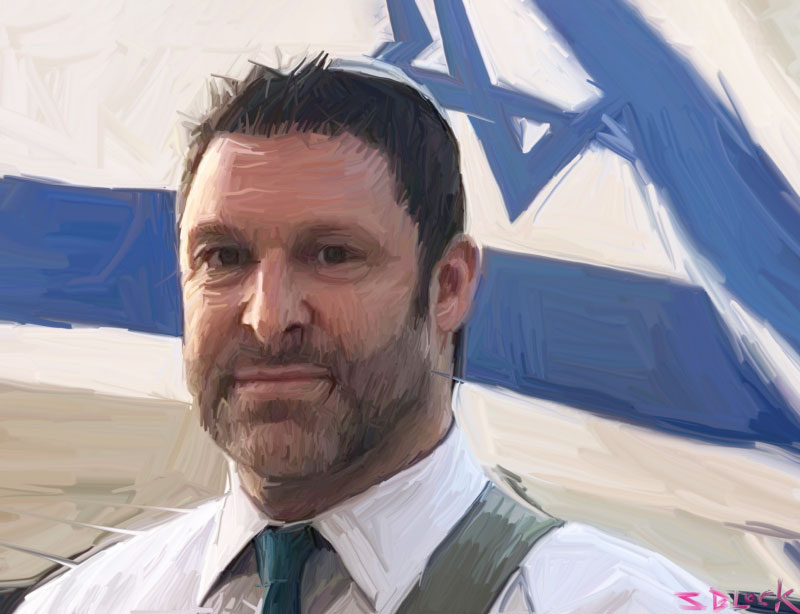 In Memory of Ari Fuld h”yd

On September 16, 2018, the 7th of Tishrei, Ari Fuld was stabbed by a Palestinian terrorist at the Gush Etzion Junction. Though mortally wounded, Ari heroically chased his attacker and shot him before falling to the ground, preventing the terrorist from attacking other Jews nearby. May his blood be avenged, and may Hashem grant his family, and all of Israel, strength and comfort.

Growing up in Kew Gardens Hills, Queens, the Fulds were a close-knit family. We spent many shabbatot and chagim together, and our Chanukah parties at one of the three Fuld brothers’ homes always brought us together for food, fun, presents, and quality family time. My cousin Ari always stood out for his warm heart, playful nature and – even from a very young age – his steadfast beliefs and convictions.

For as long as I can remember, our entire family was involved with the needs of the community. My dad, Rabbi Dovid Fuld, has been a mohel for over 50 years, my uncle Rabbi Michael Fuld z”l was a rabbi and an accomplished sofer, while Ari’s father, Rabbi Yonah Fuld, is a trailblazer in Jewish education and was the principal of SAR Academy. Ari picked up that dedication in spades.

The Goldberg family with Ari and Miriam Fuld.Before all else, Ari was a man of chessed. An accomplished 4-degree black belt and martial arts teacher, he welcomed students who weren’t able to afford his classes with open arms.

But it was his work on behalf of the Jewish people that set him apart. Ari devoted his life to his own personal version of the Religious Zionist ideal: “Torat Yisrael by Am Yisrael in Eretz Yisrael.”  While working for Standing Together, an organization offering love and support to IDF soldiers, Ari was in his element. When a company of soldiers finished a tough mission in Gaza or Jenin, Ari was there in a truck, handing out pizza and ice cream with a broad smile and high-fiving and congratulating “his boys” on a job well done.

His work required significant fundraising, which often brought him to my home in Teaneck, NJ. In between meetings and speeches, we relished every moment with Ari; our kids would beg us to let them skip school whenever he came for a visit. 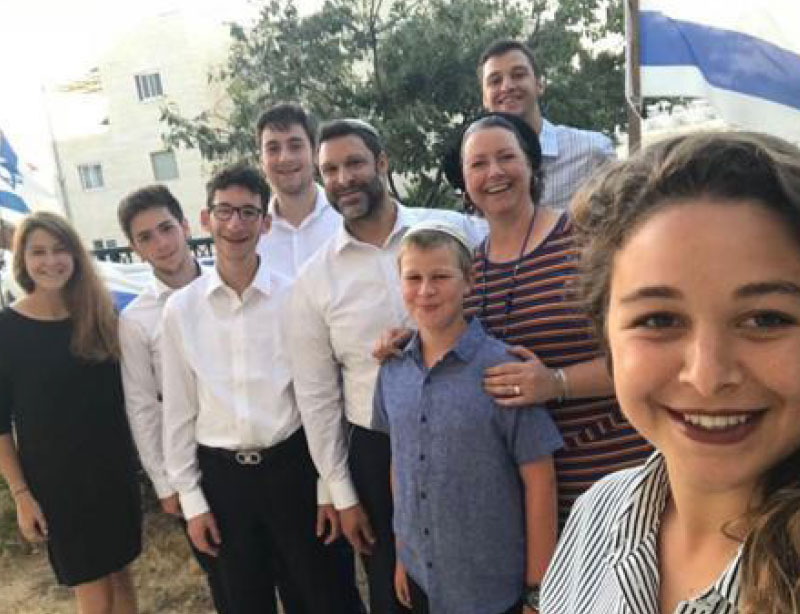 The Goldberg family with Ari and Miriam Fuld.

Nothing brought Ari more joy than talking about his family: his wife, Miriam, and his children, Tamar, Naomi, Yakir and Natan. I’ve never seen a prouder father; he loved talking about what each of them were up to. Together, we would have a great time shopping for them. I remember when Ari bought a Super Deluxe Nikon camera for his picture-happy wife; I think Ari may have enjoyed buying it even more than she enjoyed using it! They were a match made in heaven.

Ari maximized every moment in America. I remember when he taught random strangers in Costco about the Jewish people’s right to Eretz Yisrael! He worked constantly, driven by his passion for our people and our Land, and never tired of trying to convince and persuade people all over the world about the importance of the Jewish homeland. He would argue, both online and in person, at all hours of the night and day. Once, when he was arguing with a particularly difficult person, I asked him why he was wasting his time. He explained that his argument was not for that person alone but for the tens of thousands of others who were following their discussion online.

My family forged a very close bond with Ari, and primarily due to his influence, we took the plunge and made Aliyah in August 2021. My two sons drafted into the Israeli army and are serving with pride – thanks to Ari, their hero and mentor. As I write these words of memory with tears streaming down my face, I can’t believe he isn’t here to shep nachas – to see that the seeds he planted in my small family have borne fruit. May his memory be a blessing for his family, and all of Am Yisrael.

Hadassah Goldberg is a first cousin of Ari Fuld hy”d. Learn more about Ari at AriFuld.com.