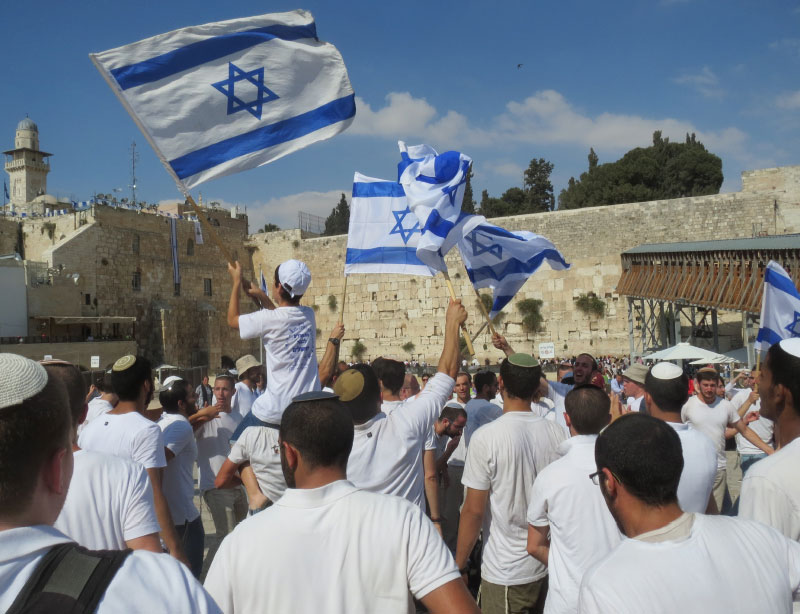 It’s Time to Move On: From Modern Orthodoxy to Religious Zionism

“One who asks: ‘What is my obligation?’ instead of ‘What are my rights?’ – lives in an entirely different world.” (Rabbi Moshe Tzvi Neria)

Though often used interchangeably (even in this magazine), the dominant identities of our communities in America and Israel are clearly different: Americans identify primarily as Modern Orthodox and Israelis as Religious Zionist. And while they appear to be very similar, a year of living in Israel has convinced me that the two communities, though outwardly alike, are profoundly different in ways that cut to the core of who we are and what we believe.

Over the last few decades, the Modern Orthodox community has experienced a powerful religious revival. Once it became de rigueur for high school graduates to study in Israel for a year or more, the community admirably became more attentive to religious observance and increased its commitment to Torah study.

At the same time, the community continues to suffer from a distinct lack of passion and self-sacrifice. As every Modern Orthodox yeshivah day school principal knows, it is nearly impossible to find enough qualified Modern Orthodox Torah educators, as few young people wish to sacrifice more lucrative careers for the difficult and underpaid life of a morah or rebbe. And how many talented young pulpit rabbis are willing to move to smaller, “out of town” communities? Painful as it is to admit, shlichut is not a priority in the Modern Orthodox community.

Why has Modern Orthodoxy struggled to instill its young people with a willingness to serve and sacrifice on behalf of the community? And why has the Religious Zionist community wildly succeeded where Modern Orthodoxy has not? The answer to these questions is critical to our community’s future.

“The IDF draws its unique strength not only from its rigorous training but from generations of Jews who were educated to sacrifice for spiritual ideals and place the needs of the nation above their own.” (Rabbi Moshe Tzvi Neria)

What, precisely, does Modern Orthodoxy stand for? The subject of hundreds of academic and philosophical articles over the last 75 years, defining Modern Orthodoxy is notoriously difficult. In broad strokes, its primary concern is how to interact with the broader, non-Jewish world, forging a middle ground between the indiscriminate acceptance of contemporary culture on the one hand and the complete rejection of contemporary culture on the other. It is a complex approach to Jewish living, committed to a life of Torah and mitzvot while also open to the best that the secular world has to offer, seeking the gray when others see only black and white.

A movement moves people towards a common objective; it is a source of passion and energy and inspires them to act and sacrifice on its behalf. Movements, religious or otherwise, bring masses of people together to achieve a deeply meaningful goal.

Modern Orthodoxy, like a pair of glasses, helps us navigate the complexities of modern life – as individuals. But it is not an animating set of beliefs with the power to inspire and drive our community forward. It doesn’t provide our community with a compelling, overarching mission with the power to unite and inspire. Is it any wonder that Modern Orthodox communities struggle to find people who are willing to sacrifice on its behalf?

Don’t misunderstand me – the older I get, the more I appreciate the American Modern Orthodox communities that so warmly embraced my ba’al teshuva family and played such a critical role in my upbringing. I was blessed to be raised among people who value complexity and individuality, where curiosity and wide reading are celebrated and for whom Torah education for girls mattered just as much as that of the boys.

And yet, as the years go by, I am convinced that by primarily identifying as Modern Orthodox, we have lost sight of the bigger picture of Jewish destiny and the unique role we are meant to play in Am Yisrael. For that, we must turn to Religious Zionism.

Unlike Modern Orthodoxy, Religious Zionism is undeniably a movement – a movement that is changing the course of Jewish history.

Religious Zionism provides an overarching view of Jewish history, explaining where we are today and offering a blueprint for the future. Its leading thinkers agree that we are currently living through a momentous moment in history: the ingathering of the exiles and the beginning of our final redemption. But unlike the redemption from Egypt, the final redemption will transpire slowly, over time. “Rav Chiyah Rabah and Rav Shimon ben Chalafta were walking in the valley of Arbel just before dawn and they saw the first lights of the coming dawn piercing the sky. Rav Chiyah Rabah said to Rav Shimon ben Chalafta, ‘So will be the redemption of the Jewish people – at the beginning little by little, but as it continues it will grow bigger and bigger’” (Yerushalmi, Berachot 4b).

Why must the final redemption occur slowly? Religious Zionists believe that G-d is calling us to join Him in partnership, so that we may play an active role in our own redemption. During the Exodus, we were an immature nation, spiritual ‘children’ incapable of playing a meaningful part in our redemption from slavery. But now, as we draw closer to the end of history, we have matured; we are ready to assume our place as ‘equal partners’ in geulah.

Redemption. It is the engine that drives Religious Zionism, the vision that gives its adherents the strength to sacrifice and overcome! It demands humility and patience, for we do not know when the process will be complete. It forces us to live for the klal, for something far bigger than ourselves. But most of all, it obligates us – to move forward, to act, to do our part to bring it closer. Religious Zionism is mission-driven Judaism; it calls upon each of us, wherever we may be, to partner with G-d in bringing redemption; in other words, to be shlichim!

Strange as it may sound, Religious Zionism shares more in common with Chabad than Modern Orthodoxy. Though the two movements have obvious differences, it is no accident that they each prioritize sending shlichim all over the world, for both Chabad and Religious Zionism believe that we must do everything in our power to bring redemption closer. This is what gives young Chabad couples the strength to move to remote corners of the world, and this is what drives young Religious Zionists to settle remote hilltops and decrepit neighborhoods. Geulah!

“The greatest revolution is the revolution of the heart!” (Rabbi Moshe Tzvi Neria)

This is not, G-d forbid, a rejection of the teachings of Modern Orthodoxy, nor a diatribe about making Aliyah (at least not in this essay!). As Religious Zionists, we believe that settling and building the land are key to bringing redemption. But we also believe that Jews in the Diaspora can play a crucial role by enthusiastically working on behalf of Am Yisrael and Eretz Yisrael; there is much to accomplish on the way back home. This is a call for a change in identity – a revolution of the heart!

When people ask what kind of Jews we are, let us answer proudly: “We are Religious Zionists!” Let us become Jews who learn the Torah of Eretz Yisrael, and Jews who yearn to return home. And most of all, wherever in the world we may be, let us accept the holy mission of shlichut, and do our part to bring the final redemption!

Draw my soul close to redemption!

Rabbi Elie Mischel is the Editor of HaMizrachi Magazine.