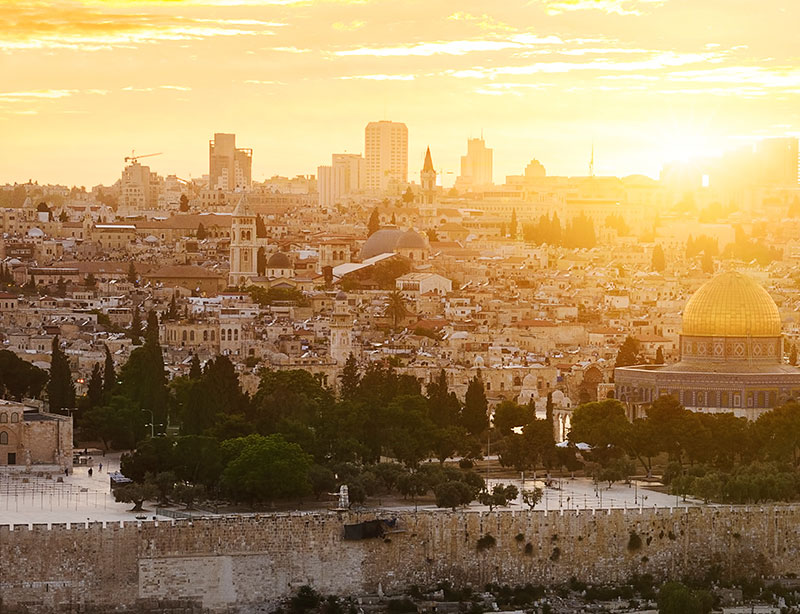 Jerusalem – in Need of Bridge Builders

A few months ago, World Mizrachi was set to celebrate a historic milestone event in the Knesset, an event that should have been a great personal and organizational highlight. Ten days before the event was scheduled to take place, we canceled it – and it was one of the best decisions we ever made.

This past March, during the Hebrew month of Adar, we marked the 120th anniversary of the founding of the Mizrachi movement by Rabbi Yitzchak Reines in Vilna in 1902. In formally launching the Religious Zionist movement, Rabbi Reines aimed to integrate Torah values with the nascent Zionist movement. In celebration of this milestone anniversary, we planned a celebratory unity event in the auditorium of the Knesset that would bring together ministers and members of Knesset from across the general and Religious Zionist political spectrums. As a historic Zionist milestone event, we felt strongly that the event should transcend political differences, and so we planned equal billing for all of the Religious Zionist parties and equal participation from both sides of the aisle. There are times and events that call for rising above partisan politics, when all Jews must set aside their strongly-held differences and come together in celebration.

Alas, we did not anticipate how difficult this would turn out to be. Even after Herculean efforts, it was sadly impossible to hold an apolitical event at the epicenter of Israeli politics. In today’s acerbic political climate, we would be forced to give primacy to one party or another and choose between the governing coalition or the opposition – something we were not prepared to do. And so, despite months of preparation and investment, we made the difficult decision to cancel the Knesset event. We would find other places and ways to mark our historic milestone.

The reason for our decision stems from the very heart of Mizrachi’s 120-year-long mission. From the very beginning, Mizrachi aimed to unite rather than divide, to become a movement of unity but not uniformity, and to provide opportunities for Am Yisrael to come together and find common ground.

A political party in Hebrew is called a מִפְלָגָה, similar to the Talmudic term פְּלוּגְתָּא, meaning “to be divided” or “argument”. After canceling the Knesset event, we coined a new phrase: that we at Mizrachi aspire to be מְחַבְּרִים instead of מְפַלְּגִים; our goal is to build bridges among our people instead of widening the gaps.

The essence of Jerusalem

This is the great challenge and opportunity of Jerusalem – and its very essence. יְרוּשָׁלַיִם כְּעִיר שֶׁחֻבְּרָה לָּהּ יַחְדָּו, “Jerusalem is like a city that was joined together itself” (Tehillim 122:3). The rabbis explain that Jerusalem is the עִיר שֶׁעוֹשָׂה כָּל יִשְׂרָאֵל לְחֲבֵרִים, “the city which transforms all of Israel into friends” (Jerusalem Talmud, Chagigah 3b). This is the unique power of Jerusalem. It is a city of חִיבּוּר, with the power to build friendship and understanding.

The Malbim writes that the singular theme of Tehillim 122 is the unique unifying power of our holy city and the Beit HaMikdash. Jerusalem combines disparate limbs of the national body into one spiritual entity, creating a unity that allows the Shechinah, Hashem’s presence, to rest in the Temple. The unity of Jeruslaem, continues the Malbim, is a prerequisite for world peace; only when the people of Israel join together in Jerusalem will we finally achieve peace with our external enemies.

Just as the Beit HaMikdash brought our people together in Jerusalem, the Mishkan unified our people during our sojourn in the desert. The root word חבר appears ten times in the thirteen verses describing the construction of the covers and curtains of the Mishkan (Shemot 26:1–13). וְחִבַּרְתָּ אֶת הַיְרִיעֹת… וְהָיָה הַמִּשְׁכָּן אֶחָד, “You shall attach the curtains to one another… so that the Tabernacle becomes one“ (Shemot 26:6). The curtains were joined together through interlocking hooks and loops, transforming disparate materials into one unified entity. Whether in the Beit HaMikdash or the Mishkan, interconnectedness and unity are prerequisites for the dwelling of G-d’s Shechinah.

The very founding of Mizrachi was an act of unity and integration, bringing together two seemingly disparate ideologies – Zionism, a largely secular nationalist movement; and Torah Judaism, a religious and spiritual belief system. Towering rabbinic leaders of that era such as Rabbis Mohilever, Reines and Kook all believed that Torah Judaism and Zionism can and must be integrated. And so, the men and women of Mizrachi learned that it was possible to remain loyal to authentic Torah values while also seeking out the points of חִיבּוּר.

This philosophy continues to drive all that we do at Mizrachi. We look for ways to bridge modernity with mesorah, humanism and halachah, the sacred and secular, the national and religious. Through our programming and Torah, and in the pages of HaMizrachi magazine, we bring the Jews of Israel and the Diaspora together as one.

In our own leadership structure, we aspire to achieve a deep synergy between our rabbinic and lay leadership. Though many organizations are led exclusively by one or the other, Mizrachi is led by both rabbis and lay people, each of whom respect the other’s areas of authority and excellence. Our rabbinic leaders are responsible for all halachic decisions and policy making of a halachic nature, while our lay leaders have administrative authority and ensure good governance. The overall strategic and organizational responsibility rests on the shoulders of both together with a mutual respect and sense of genuine partnership.

This philosophy also guides the way we work with other organizations. Recognizing that no one organization can fully serve the needs of Am Yisrael, we create bona-fide partnerships which recognize the important contributions of each partner organization. Working together, we can accomplish so much more for Klal Yisrael than when we go it alone.

The legacy of King David

Of the many remarkable achievements of King David, perhaps the greatest was unifying the twelve tribes of Israel. When first crowned as King of the tribe of Judah in Chevron, he was not accepted by the other tribes of Israel. And so when David was ultimately accepted as the King of all of Israel, he conquered Jerusalem, making the “City of David” the capital of all of Israel. Jerusalem, not Chevron, was destined to be the city of unity, where G-d’s presence would rest. Nestled on the border between the territories of Judah and Benjamin, Jerusalem belonged not to one tribe but to the entire nation. Incredibly, the border between Judah and Benjamin ran through the Beit HaMikdash itself, indicating that no individual tribe held a monopoly on spiritual life.

While David was a warrior who fiercely fought the enemies of Israel, he was extraordinarily forgiving and kind towards his fellow Jews and political adversaries. He stood up to the senior military brass and leadership of his tribe who simply could not understand his forgiving nature.

Sensing that David would one day replace him as king, King Saul attempted to kill him on numerous occasions. Nevertheless, David desisted from killing Saul on two different occasions when he had opportunities to kill Saul. He desisted from harming Saul even though he was threatening to kill him and it would have been halachically acceptable. David understood that killing Saul could lead to an irrevocable split among the tribes of Israel.

This also explains his remarkable forbearance and forgiveness to Avner and Amasa, generals who fought against David on behalf of Saul’s kingdom and Avshalom’s rebel forces respectively.

Perhaps, more than anything else, the Book of Shmuel, which in many ways is the book of David, stands out as the blueprint for achieving Jewish unity. It was David who bent over backwards to look past prior insults, grievances and disagreements to forgive others for the sake of unity, overcoming the tribalism that had plagued the people of Israel for generations. And so it was David who laid the foundations for the Temple in Jerusalem, where Hashem’s presence would reside. It is for this reason that the ultimate future leader and unifier of Israel, the Mashiach himself, must be a descendant of David.

How blessed are we to have an independent state and a unified Jerusalem. But rebuilding of the third Beit HaMikdash and achieving peace with our enemies remain elusive. Israel’s political system has produced four divisive and inconclusive elections in two years, and the Knesset is currently gridlocked at 60 against 60. Political demonization, defamation and divisive tropes and tones are commonplace.

At a time like this, the message of Mizrachi is more critical than ever. Our people need fewer מְפַלְּגִים and more מְחַבְּרִים. May our people soon embrace the spirit of Jerusalem and King David, and unite as one!