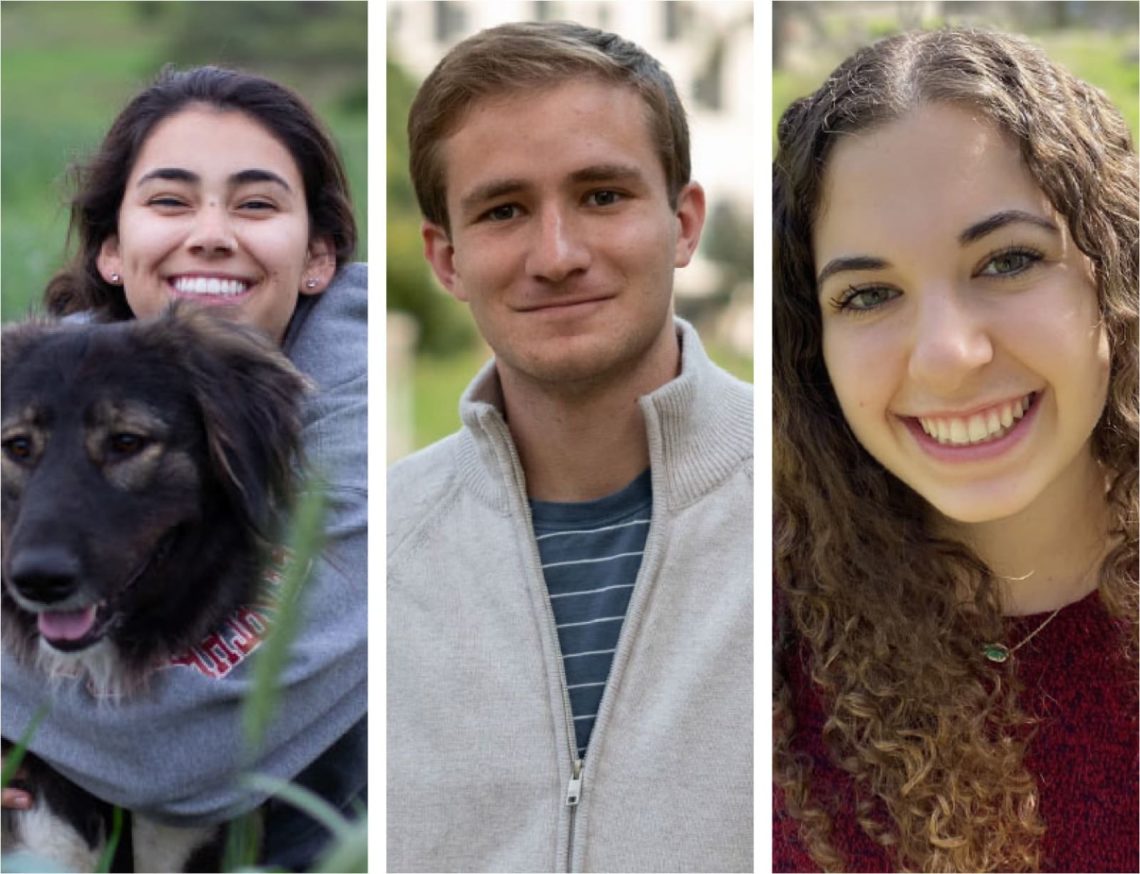 Having sampled the richness of life in Israel, 15% of English-speaking Jews decide to stay in Israel after their gap year. To better understand why, HaMizrachi spoke with four young college students who grew up in the US and have recently made Aliyah or plan to do so in the near future.

Originally, Landes planned to enroll in Brandeis University, “But after my year in yeshivah, I decided that I wanted to stay in Israel. I was nervous that if I didn’t stay after yeshivah, getting back to Israel would be dramatically difficult.

“This is where I want to raise a family. I decided to take a chance and stay and study here,” he shared. Landes hasn’t made Aliyah yet, but he called his decision to “slowly transition into living in Israel… an unbelievably smart and great decision.”

Raised in what he described as “a very Zionistic family,” his great-great-great-grandfather was Rabbi Tzvi Pesach Frank, the Chief Rabbi of Jerusalem from 1936 until 1960. Landes attended private Jewish day schools and, as a child, visited extended family members in Israel many times.

After a year at Yeshivat Sha’alvim, Landes wasn’t quite ready to “make Aliyah yet and just jump right into the water. I thought being able to study in English in Herzliya, which is a really nice city and a new growing community, would be a great experience and a way to slowly transition to living in Israel.”

In the few years he’s been there, Landes has already witnessed the community growing. “It’s the most amazing young community in the world. Every campus in the United States, every JLIC (the Orthodox Union’s Jewish Learning Initiative on Campus), knows about what’s going on in Herzliya.

“We have lone soldiers, young professionals, students at Reichman, students that go to Tel Aviv and Bar-Ilan Universities, but choose to live in Herzliya to be part of the community,” he enthused. After serving on the board, Landes is currently the co-president of the community. “It has been an amazing couple of years here in Israel.”

Landes is “definitely planning on making Aliyah.” His goal is to finish school first and then determine the best time for him, bureaucratically, to officially make Aliyah. He estimates that 90% of his social circle are olim who have already served in the IDF, done National Service or are planning to make Aliyah after graduation. 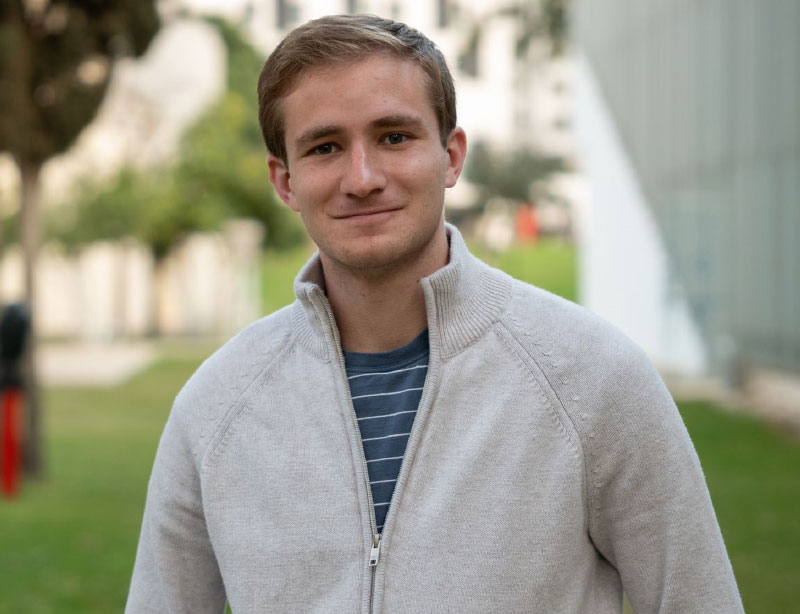 Reflecting on the difference between Israel and the US, Landes opined, “I think community in America is very much about your shul and the neighborhoods that you live in.

“Community in Israel is built around your close friends, the friends you hope to live with for the rest of your life. We are building a very, very special community here. I’m very lucky to have very idealistic friends here who believe in what we’re doing – building a new generation of young Zionistic Jews that are beyond excited for the future of the State of Israel.”

On his student trip to Poland, Landes had a powerful insight. “You’re making Aliyah, you’re living a dream that millions and millions of Jews could only dream of. It’s not just something that I want to do. It’s something that I feel a responsibility to do as part of a nation, as part of something bigger than myself.”

Even so, Landes is aware that he might be sacrificing, “possibly better job offers in America,” and, of course, being geographically close to his immediate family. “But overall I’m convinced this is the right decision and I’m so excited to do it.”

Landes recounted a particularly meaningful moment that solidified his decision. Every year on Yom HaAtzmaut, Yeshivat Sha’alvim hikes 27 miles to the Kotel. His first time doing the hike, he had an epiphany. “I looked at the Kotel and suddenly realized that if I went back to America for college, there was a very good chance I wouldn’t make it back here,” he shared.

He remembered all the adults he met growing up in Modern Orthodox communities who had an amazing year in Israel but never made it back. “Looking at the Kotel, the thought of not being able to bring my own kids [there] really scared me. It wasn’t in line with my ideals, my spiritual feelings and what I felt that I could give to the Jewish people.

“I decided at that moment to stay and be a player in the game and not sit on the sidelines anymore. If you want to be in the game, you have to be here to make a difference – paying taxes, volunteering, having a job, supporting the ecosystem. You’ve got to be present.

Aliyah allowed her to actualize the ideals she believes in

Devorah Silberfarb attended a Charedi all-girls school in Baltimore where she was taught to appreciate Eretz Yisrael, but not Medinat Yisrael. She did not observe any of Israel’s national holidays in school nor was she part of any Zionist youth movement. She credits learning Jewish history, family discussions and her two “staunchly Zionistic grandparents” as contributing to her “Zionistic spirit.”

Now 23, Silberfarb, was 17 and a midrasha student when she first came to Israel. “Being at the Kotel for the first time was a surreal experience,” she recalled.

Silberfarb made Aliyah “the day after I finished my gap year” and is studying educational counseling and Jewish art at Bar-Ilan University. “I made Aliyah because, as a religious Jew and history enthusiast, I see the modern State as a Divine miracle. To me, living in Israel is the fulfillment of prophecy. How could I not make Aliyah?

“My family had a difficult time with me making Aliyah because we are a close-knit family. My parents were especially heartbroken because I am their only daughter, but over time, they have become more and more supportive of my decision.”

Her peers help solidify her certainty in her Aliyah decision. “My social circle, both my friends and my community, are incredibly supportive of Aliyah. I live in a community where an especially large number of olim have made Aliyah without their families.”

She credits the Mizrachi OU-JLIC family for creating “such a caring and supportive community. JLIC has made Givat Shmuel feel like home for me and so many of my fellow community members. Almost all my friends have already made Aliyah; we have become like family for one another. I have also been ‘adopted’ by incredible families who have made my Aliyah experience so much easier,” she shared. 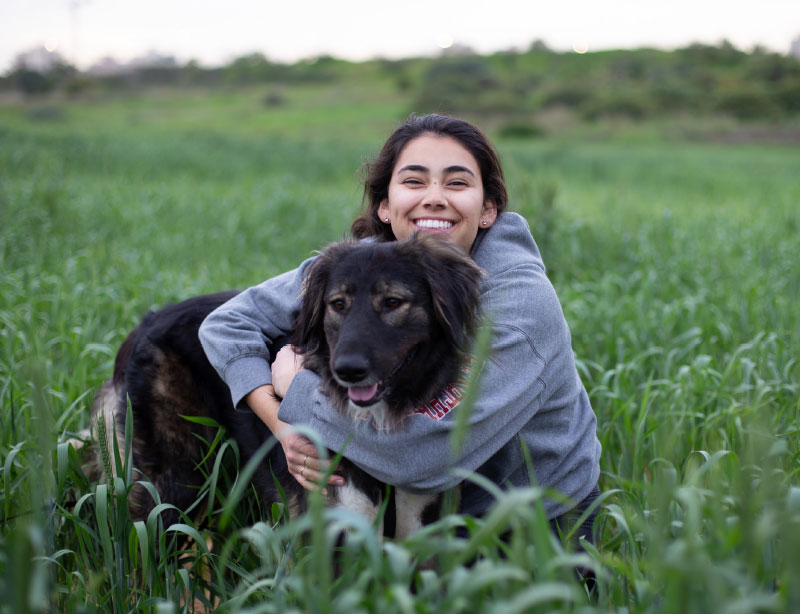 Devorah Silberfarb and her dog, Dakota

Aliyah allowed Silberfarb to actualize the ideals she believes in and gave her access to a great community, spiritual connection, free college, and the culinary sensation of fire hummus.

“While the actual decision to make Aliyah was relatively easy, my first two years living in Israel were incredibly difficult. My first year, when I was in Sherut Leumi, I didn’t know the language and felt unable to express myself.” She struggled with social isolation and a lack of community.

“Though Aliyah was the best decision of my life, it can be super tough and not necessarily what is best for every individual,” she cautioned.

I feel as if I’ve already made Aliyah

His gap year experience convinced 21-year-old Zechariah Becker that his future was in Israel. “During my first year in Yeshivat Hakotel, I decided that I really wanted to make Aliyah. I actually went back to New York for a year to start college there, but I felt I needed to be in Israel, so I transferred to Machon Lev to finish my degree here,” he said.

Becker described his upbringing. “My family is definitely Tzioni (Zionist). My high school put a significant emphasis on the importance of Israel.” On Yom HaAtzmaut, IDF soldiers would come to address the students and Becker marched in the Israeli Day Parade every year. He celebrated his bar mitzvah at the Kotel and annual family trips to Israel often included visiting army bases in addition to extensive touring.

Becker’s immediate family is still in the US, “but I have many second and third cousins in Israel who I’m very close with and host me all the time in their homes,” he reported.

“Learning in Israel was a natural step to making Aliyah. Once yeshivah really opened up my eyes to the importance and centrality of Eretz Yisrael in the Torah and to our lives, I just couldn’t imagine being or living my life anywhere else. Being here for college is helping me integrate with Israeli society in a way that will make living here even better. I am definitely planning to make Aliyah at this point.” Becker confessed that, with Israel at the center of his life, he feels “as though I have already made Aliyah and I just need to go through the legal process at this point.”

Becker’s social circle is full of young adults who “have or are planning to make Aliyah. Many of my friends have already served in the army and others are planning to after they finish their degree.

I know Israel is where the Jewish people belong

It wasn’t until high school that 22 year-old Shira Pahmer “realized that I really wanted to make Aliyah and began feeling extremely connected to Israel.” Serving as one of the heads of her Beis Yaakov’s Israel Club in 11th grade helped strengthen her resolve. “Being in a position where I was trying to inspire and show others the importance and beauty of the country helped me become much more connected myself. By that point, I was fully obsessed with Israel and knew without a doubt that I wanted to move there as soon as possible,” she shared.

Even so, after her seminary year, Pahmer returned to the US and enrolled at Stern College. That didn’t last long. “At the end of my first semester, I just felt like I needed to go back to Israel,” she reported.

“It took many months of deliberating. I spoke to my parents a lot about the idea and they were fully supportive of whatever decision I would make.” After four months, Pahmer took a leave of absence from Stern and came to study in Jerusalem “just to try it out – without actually declaring Aliyah. Almost immediately, I knew that there was no way I could ever leave.” She officially withdrew from Stern and made Aliyah in June 2021. 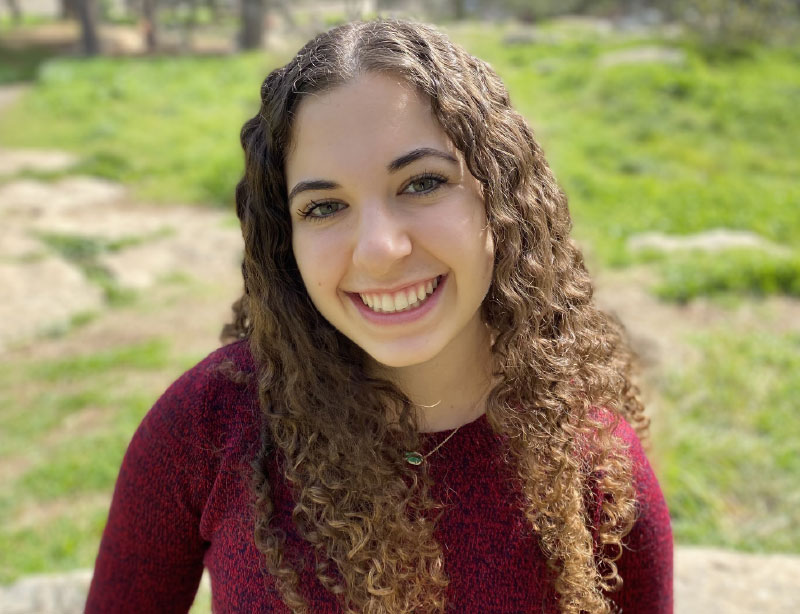 Aliyah comes with challenges. For Pahmer, it meant “leaving behind all my closest family and friends. I came during the pandemic when the borders were closed, so I didn’t know when I would see them next. I also really loved my time in Stern College; I was very sad to be leaving that behind. I was nervous about starting a new school where I didn’t know anyone. The language barrier is also something that I knew would be hard for me, and it still is because my Hebrew is not so great,” she admitted.

Nevertheless, “I decided to make Aliyah because I know that this is where the Jewish people belong. Hashem promised this land to us, and He wants us here. I also believe that the safest place for the Jews right now is Israel, and where else would I want to be but in our ancestral homeland?”

Now studying computer science at Machon Tal in Jerusalem, Pahmer has a sister who also made Aliyah. “For me, living in Israel is the greatest dream come true. I love being in a Jewish country surrounded by so many types of Jews. Every day I still feel so lucky to be here, because I know that this is where Hashem wants me to be, and I know that I am making my family proud,” she acknowledged.