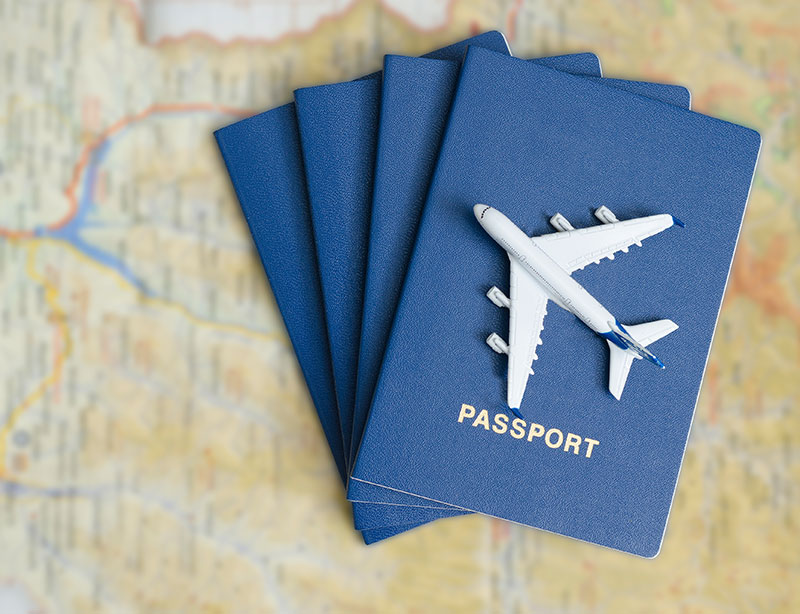 Getting here was half the anxiety. Layered onto all the regular complexities of travel were, of course, COVID-related regulations. Some of these are about to be waived. This seems a bit unfair, like learning that cheeseburgers, long banned, will be alright on April 1st.

One requirement was an ishur (approval) to enter the country based on an invitation from a first-degree relative. This involves proving you are their relative. (“Of course she’s my mom. Can’t you see me overreact?!”)

This ishur could be obtained either by applying to the Interior Ministry in Israel or to the consulate in Boston. We chose the former because several people, Americans and Israelis, warned us strenuously against having anything to do with the Boston consulate staff, having found them unconcerned and unresponsive.

We got nowhere with the Israeli application. Running out of time (our plane was to leave in a week), we contacted the consulate. Dalia answered at once, corrected my mistake (I had uploaded the wrong travel insurance form), and sent us the ishur in two days.

Anyhow, the need for a relative to invite visitors to Israel is going away. For now.

For my application to the consulate, I copied and pasted my passport number. Unfortunately, I had ordered an updated passport, as the old one was going to expire in 12 months.

Over the years I’ve had many cards with numbers on them: social security cards, library cards, driver’s licenses, a TSA precheck card. At times these have worn out or gotten lost and been replaced. The new cards always had the same numbers as the old ones.

Harei ani k’ven shiv’im plus (i.e., I’m no spring chicken), yet despite having a collection of canceled passports, I never noticed that every new passport has a new number on it.

In a panic, I contacted Dalia. “We cannot re-do the ishur,” she said, “because it is less than two weeks from the other one.” [Note: never ask a bureaucrat the reason for any rule.] “Just show your old passport with the new one. It won’t be a problem.”

There are phrases that put you on guard. One is: “This story is really interesting!” Another: “It won’t be a problem.”

Shuli reassured me, pointing out that I had uploaded my new passport – with the new number – as part of the same application packet as the first page with the old number on it.

The clerk was brisk. “Passports,” she said. Then, “Application for entry.”

“This is not the correct passport number,” she said, looking crossly at my application packet.

“I made a mistake,” I said. “Please look at the actual passport on page 3 of the packet. It has the correct number.”

“Why did you put the wrong one?”

“I am sorry.” (“Because I am dumb?”) “I checked with the consulate. They could not issue a new permit because it wasn’t two weeks yet. They said you could look at my new passport and make the change. (Detain me. Deport me. Only spare my wife – the grandchildren need her! By the way, Dalia at the consulate missed the conflict between the passport number on the application and the one on the uploaded passport. Please don’t fire her! She’s nice).”

I could tell by her crestfallen look that they told her she should.

“Here,” she said, sliding back both our passports. “Next time be more careful.”

We did not have a chance to bow and kiss the tarmac. But I did feel the urge to kiss the baggage claim luggage cart. Especially when – on my fourth try – I managed to pay 10 shekels (refundable) and dislodge the cart from the dispenser.

Not exactly crossing the Jordan. But still nice!

Rabbi Dr. Avi Rockoff and his wife Shuli have lived in Newton, Massachusetts for many years and are currently engaged in participatory research on the complexities of making Aliyah.