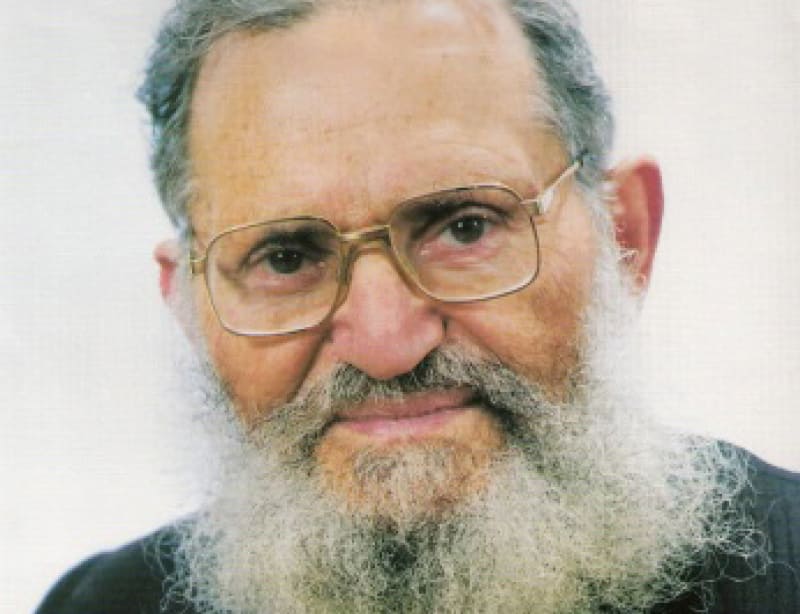 It was a few years before the establishment of the State of Israel. I was a boy, arriving alone in the country as a refugee, the only remaining member of my family, on a ship of unauthorized immigrants. I was ultimately brought to a camp in Atlit. After I was there for a length of time, they needed to transfer me to an institution. Most of the institutions belonged to anti-religious movements, and all the refugee children had to choose which movement they would join. They had us line up, and when each of the children went up to the counter, they told him where to go – Mapam, Mapai, and so on – unless the child took the initiative to tell them where he wanted to go. Most of the children were sent to non-religious movements.

I thank Hashem for the miracle that happened to me. I was standing in line and getting closer to the table where my fate was to be sealed. While I was standing there, a tall older man came over and gave me a gentle push. I looked up at him as if asking, “What do you want?!” and he said to me in Yiddish, “Where will you register to go, dear boy?” I said, “HaShomer HaTza’ir.” Then he asked, “Why?” I explained that I’d heard good things about it – the food, a pool, lots of fun, hikes. “Tell me,” he said, “did your father put on tefillin? Did your mother light candles?” I said, “Of course!” “Did you eat matzah?” “Definitely!” “Did you have a mezuzah?” “Obviously,” I answered, and then I burst out crying. “What do you think I am, not Jewish?” Then he said, “My boy, if you go to HaShomer HaTza’ir, you should know that they eat chametz on Pesach, there’s no mezuzah, there are no tefillin, there’s no Shabbat!” I didn’t know such a thing was possible. It had never occurred to me! I asked what to say at the counter, and he said, “Say ‘Mizrachi’!” When I got to the counter and said “Mizrachi,” I was different from everybody else. That’s how I got to Kfar HaRo’eh, and from that point onward, I was under the wing of Rabbi Neria.

Back then, most of the country thought that a democratic state, by definition, was entirely at odds with Torah and Judaism. Years later, I was asked to speak about Rav Kook at Yad Mordechai, a kibbutz affiliated with HaShomer HaTza’ir. I said that the whole idea of a Zionist state is contained in the Torah, which educates us to be Zionists. I explained to the crowd that we must adhere to the Torah because it sustains the people, and our priority is to take care of the people. We have Jews and we have a state, and neither can exist without the other. That’s what I said to my audience at the kibbutz. There was an older man there who said, “You’re a boy. You don’t know what you’re talking about. When we joined the Zionist movement in my house in Poland, the city’s rabbi excommunicated us. He threw us out of the congregation and didn’t let my father be part of a minyan. And you’re saying that the Torah teaches Zionism?!”

That’s how things were then, and even among religious people, some considered Zionism an enemy. How sad it was. There can be no comparison, in terms of the religious outlook of Israelis, between those days and now. I was embarrassed back then to walk around with a kippah! In pictures from those days, you’ll see young people walking around in berets and caps, so nobody would know they were religious. It was a source of embarrassment. I remember how the Yemenites came from Yemen, and they cut off their pe’ot and beards in the transit camps. They saw it as a source of pride as if they were taking the dirt and disfigurement from their faces. That was the atmosphere in those years, before and for a little while after the state was established. 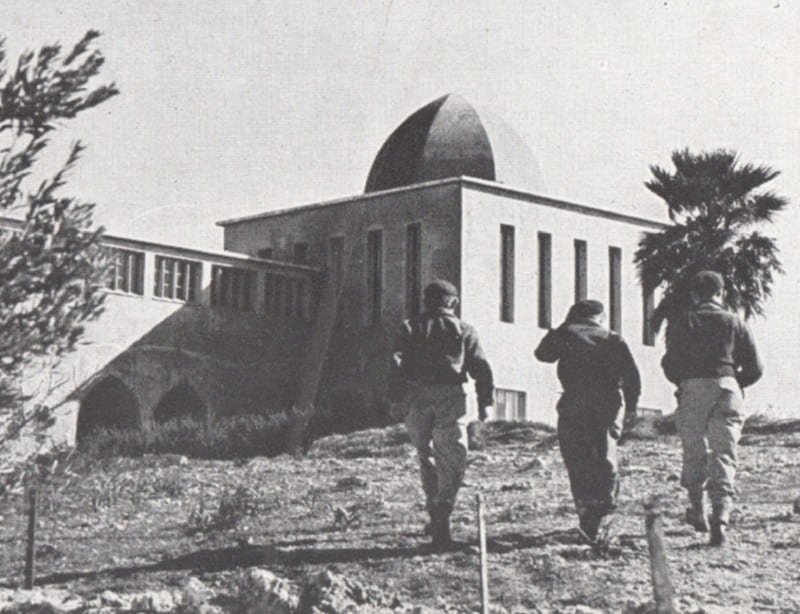 Students of the Yeshivat Bnei Akiva in Kfar HaRo’eh in front of the yeshiva building, between 1948 and 1951. (Photo: Public Domain)

My friends! Rabbi Moshe Tzvi Neria has still not received the recognition he deserves from the people of Israel. We cannot imagine the extent of the greatness, the lifework, and the roots of this great man. He was a student at Lifshitz Seminar in Jerusalem, which taught educators and trained them as teachers. Rabbi Neria left the institution and did not receive certification as a teacher; he had a mission to accomplish. He had one principle that galvanized him: Disseminating Torah so that the country would have a religious majority. Think about this for a moment. Rabbi Neria was living at a time and place when that goal seemed ludicrous. Yet he decided: I want to spread Torah in Israel. He believed in the power of the Torah to educate the young generation. That with time, the younger generation would grow and develop and ultimately form the country’s majority. And he was right. Look at the Israel of today, with a vast and growing religious community, and appreciate what one man’s will can accomplish! When you see the results of his life’s work, it’s truly unbelievable.

Rabbi Neria sent the seniors from Yeshivat Bnei Akiva of Kfar HaRo’eh, headed by Rabbi Yaakov Kilav, to Yeshivat Mercaz HaRav. I was privileged to be in Yeshivat Kfar HaRo’eh’s first class of Yeshivat Mercaz HaRav, all thanks to Rabbi Neria. I was also among those sent several years later to establish Yeshivat Bnei Akiva in Meiron, and later Yeshivat Netiv Meir in Jerusalem and the yeshiva in Ra’anana. In every possible place where he found a building, Rabbi Neria established a place for studying Torah. The entire project was his brainchild, and it was a success!

Rabbi Neria’s work to spread Torah among the people of Israel wasn’t just about teaching the youth. He instilled in the national consciousness of Israel, among the secular majority, that there is such a thing as a “yeshiva.”

● This essay was first published in Hebrew in Makor Rishon in November 2020 to mark Rabbi Moshe Tzvi Neria’s 15th yahrzeit. The author passed away a few weeks before the essay was published.