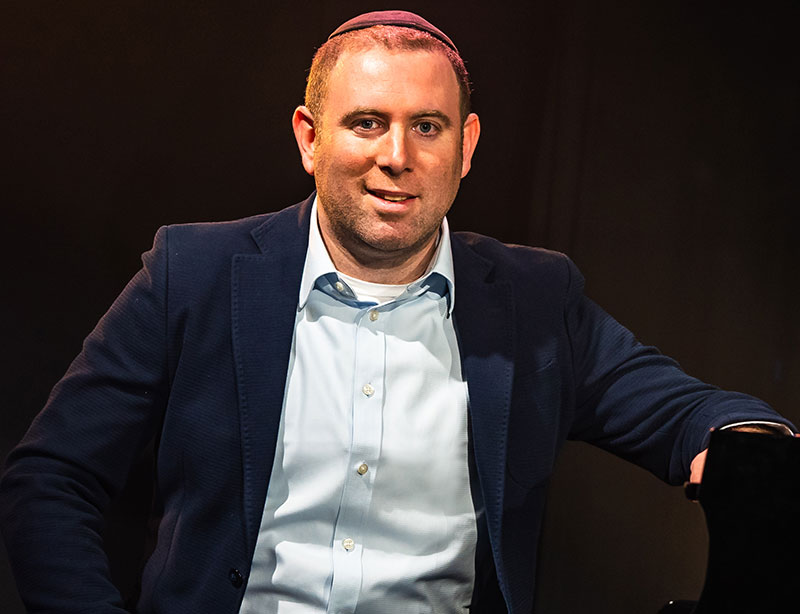 One on One with Shim Craimer

Originally from London, Shim Craimer made Aliyah in 2018 after 15 years as the Chazzan at the Riverdale Jewish Center in New York. Shim regularly shuttles back and forth between Israel and the Diaspora, singing at events across the world.

Beginning in 2003 in the midst of the Second Intifada, you were an integral part of the London-based Shabbaton Choir’s “Solidarity Through Song” missions to Israel, led by Rabbi Jonathan Sacks zt”l. Tell us about some of your most memorable moments from these missions.

In 2003, during a very painful time in Israel, Rabbi Sacks was searching for a way to bring joy and comfort to the Jews of Israel. Together with Rabbi Chazzan Lionel Rosenfeld and Stephen Levey, conductor of the Shabbaton Choir, they formed the the first “Solidarity Through Song” mission to Israel, with the goal of bringing the joy of music to survivors of terror attacks and to give strength to the many people suffering from the trauma of the Intifada.

Each of the eleven missions were extraordinary in their own way, but what binds them all together was the presence of Rabbi Sacks. It was awe-inspiring to share bus rides throughout Israel with him, discussing everything under the sun, from music and pressing issues of the day to the next book or article he planned to write.

One of our first visits was to the newly-rebuilt banquet hall of the Park Hotel in Netanya, where terrorists had murdered 29 people that year by detonating a bomb in the dining hall on Seder night. We performed in the same space for the survivors and their families, including a beautiful V’hi She’amda tune composed by Stephen especially for that concert. The reaction of the families that night was beyond words, and we realized then the importance of our mission.

I remember walking through the wards of Hadassah Hospital, where we found a young boy who was the victim of a terror attack the week before. It was deeply painful; the boy was blinded and had lost limbs, and had not spoken since the day of the attack. Walking into the room, we found his parents sitting in broken silence. We surrounded the bed and began to sing the beautiful Ein Kelokeinu by Tzvi Talmon. When our young soloist started the melody, the boy opened his mouth and started to sing with us. The emotions experienced in that hospital room are indescribable; I’ll never forget that moment.

There were so many incredible moments, like the time we rushed a group of 200 children in Sderot from their homes to a bomb-sheltered concert hall, in between rocket attacks. We had the great merit to be here in Israel during very difficult times, and to make a difference.

How has Aliyah impacted your music career?

Making Aliyah from Riverdale, NY, to the Buchman neighborhood of Modiin, my family and I were immediately welcomed by family and friends. This was especially helpful, as I have traveled often to the US, UK and Europe for concerts, weddings and special community Shabbatot while continuing to serve as Chazzan at the Riverdale Jewish Center.

While COVID has made my transition into the music scene in Israel more challenging, I’ve been able to use the time to connect with incredible musicians, producers and event organizers. There is a thirst for music of all kinds here, and my deepening connection with the land and the people has given me inspiration to compose even more. I have a lot of new music coming and am in the process of developing a show featuring my own songs as well as some classics. Since my arrival, I’ve released a number of songs expressing the beauty of the land. The oneness we feel here to our spiritual home is inspiring and my music has certainly been influenced by that feeling. I am very excited for the future – and being able to say that Israel is my home is something I will never take for granted.