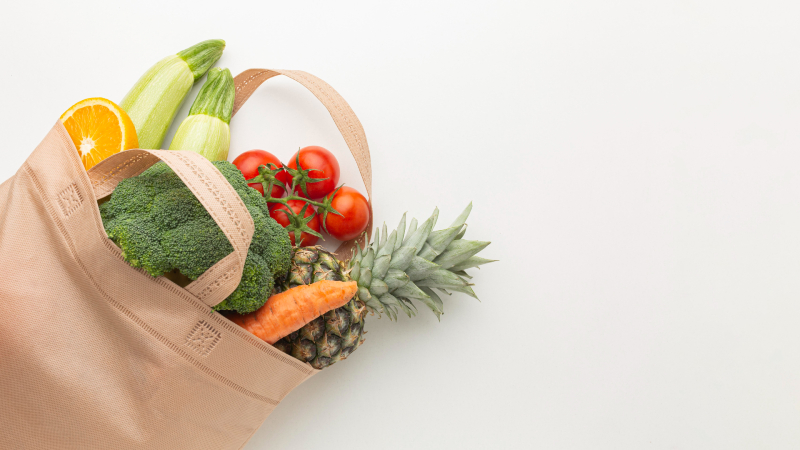 Operating the Kitchen During Shemitta

Some people are afraid of Shemitta sanctity in the kitchen. But we must remember that it is a great privilege to eat Shemitta produce after thousands of years of exile, when our ancestors could only dream of doing so. We will now learn the rules of dealing with Shemitta produce, and see that it is not complicated.

Shemitta sanctity this year applies to Otzar Beit Din produce (vegetables, from the beginning of the year; fruits, after a few months) and to produce from one’s private garden.

What must be done with trimming and leftovers?

The Gemara in Pesachim (52b) states: “The Torah said: ‘The Sabbath produce of the land shall be food for you’ (Vayikra 25:6) – for food, but not for destruction.”

We learn from here that one is permitted to eat Shemitta produce but not to destroy or waste it. Therefore, Shemitta produce can not be thrown in the garbage. This teaches us an important lesson – we must only take what we are able and need to eat, not all that our eyes desire.

One should try to eat as much of the Shemitta produce as possible and thus minimize leftovers. What then should be done with the trimmings and leftovers that remain?

According to halachah, all the leftovers can be placed in a bag within a garbage can.

Another option for such leftovers is to set aside a special receptacle for produce with Shemitta sanctity, which should be marked “Shemitta sanctity.” Shemitta leftovers should be emptied into this receptacle and allowed to remain there until they rot. Once they are no longer fit for human consumption, they may be thrown into an ordinary garbage can. Before each meal, a paper towel or newspaper should be placed in the receptacle separating the old leftovers from the new leftovers. When desired, tie the bag and throw it in the trash.

Which leftovers need to be separated into a Shemitta receptacle or bagged?

Generally speaking, one can discard leftovers that are unfit to be eaten by throwing them into an ordinary garbage can. The prohibition against destroying Shemitta produce applies only to leftovers still fit for human or animal consumption.

Salad leftovers: You can take the whole salad and put it in a bag designated for Shemitta sanctity. There is no need to separate the Shemitta vegetables from the ordinary vegetables in the salad.

Soup and cholent leftovers: When it comes to vegetable soup, the liquid also acquires the Shemitta status (except for water in which potatoes were cooked, as the taste did not improve the water). Some people find it easier to leave the soup out of the fridge overnight, after which its taste is considered “damaged,” and thus, the soup can be thrown in the trash as usual. Nowadays, however, there is no need for this solution, as we can easily buy airtight plastic bags. The best thing is to put the liquid residue in an airtight bag and then put it in the regular trash can.

All the leftovers of a cholent that included Shemitta potatoes and the like are considered to have Shemitta status. Here, too, put all the bits in the bag and throw them in the trash. In these cases of soup, broth, etc., the bag can be thrown directly in the garbage because, in a few hours, these leftovers are spoiled anyway. In any case, do not mix liquid residue with dry residue, as the liquid residue will immediately destroy the dry residue.

Recently, there has been a significant change. Since the previous Shemitta, making fruit and even vegetable ‘smoothies’ has become commonplace. Seven years ago, if someone had asked me if they were allowed to put lettuce in a blender, I would have been surprised. Today, however, “green drinks” are widespread in many places, so one is allowed to mash lettuce in a blender even when it is Shemitta produce and this is not considered a change from everyday use.

Operating a kitchen during Shemitta does not require much effort. There are a few basic principles to keep in mind:

A person who uses Shemitta produce in the usual way and takes care to preserve the remains correctly observes the law of maintaining Shemitta sanctity. Although this requires caution and awareness of the various solutions, the effort is worthwhile and not as difficult as it may seem. Enjoy one of the great miracles of our generation – that we can eat Shemitta produce, strengthen Israeli agriculture and fulfill the great and holy mitzvah of Shemitta!