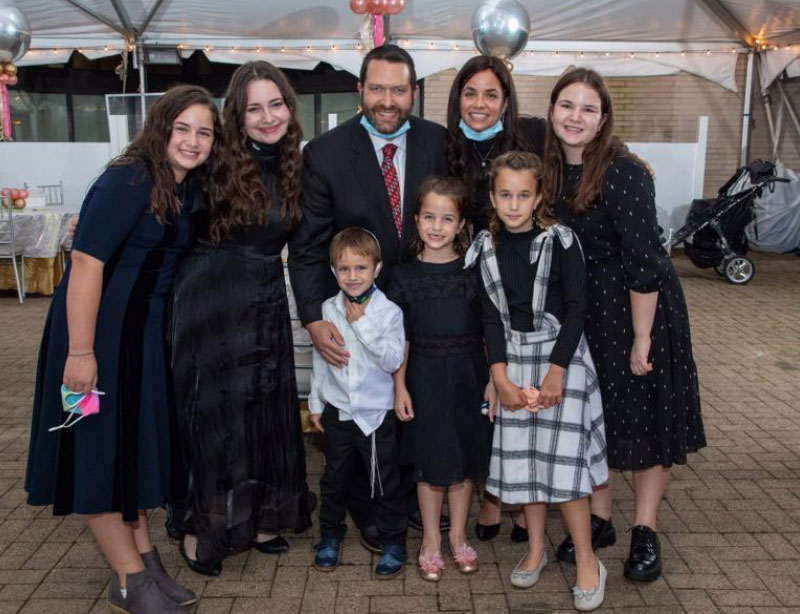 Our Aliyah Push, Pull and Jump

We have always been a Zionistic family. We have talked about Aliyah at every major turning point in our lives and we consciously decided to stay in the States, but now we’re making Aliyah. I think that our Aliyah journey seen through halachic lenses represents millennia of Jews’ yearning and struggling with Aliyah.

When we first got married, Malki and I discussed moving to Israel. I was studying for semichah at Yeshiva University and Malki was in the middle of a joint degree program between Stern and FIT. We decided at that time that we would stay in the States so that Malki could finish her college degree. This decision perhaps mirrored the Gemara in Avodah Zarah (13a) which allows a kohen to leave Eretz Yisrael to study Torah. The Gemara explains that אֵין מִן הַכֹּל זוֹכֶה אָדָם לִלְמוֹד, not everyone can learn everywhere or from anyone, and it is permissible to leave Eretz Yisrael for a better learning environment. At our first inflection point, we decided that we would stay in Manhattan to finish school.

When we both finished schooling, me with semichah and a Masters in Education, and Malki with degrees in Studio Art and Millinery, we were ready for our next step as a family. There were two ideas which were motivating us at the time; we wanted to be giving members of society and we thought that living out of town would provide an environment for raising our children more in line with our goals. We pushed off Aliyah at that stage because I felt that I could contribute more as a rabbi in America than I could contribute anywhere in Israeli society. Again for halachic and historically illustrative purposes, Rabbi Ovadya Yosef (Yechave Da’at 5:57) uses this reasoning to justify all forms of shlichut leaving Israel to strengthen Torah life in chutz la’aretz. At our second inflection point, we decided to move to Memphis as shlichim.

After 8 years in Memphis, we were again looking to move our family. In Memphis we found the out of town environment and attitude we were looking for. We loved our time there, but we underestimated how far we would feel from our family. Tashbetz (3:288) allows leaving Eretz Yisrael to fulfill kibud av v’em, and at inflection point number three we pushed off Aliyah to live closer to family.

Looking back, we had three moments in our life when we talked seriously about making Aliyah. Each time we decided, using the same rationales that many Jews have historically used, not to return to Israel. Which brings us to the present. We see our children growing and we realize that if we don’t go now our window of bringing all of our kids with us could close. Our delays, each one of them justified, could cost us the dream altogether. And so we are dropping everything, a little too much like Avraham Avinu and Sara Imeinu, without an exact sense of where we’re going, but like they did, we’re heading home.

We still have some planning days in which I say to myself that Rambam (Melachim 5:9) allows one to leave Israel to earn a living. We have steady income in New York and total uncertainty about providing for ourselves in Israel. I tell myself that Tosafot (Ketubot 110b) argues that the danger involved in making Aliyah and living in Israel exempts us from the mitzvah. While we are not as nervous about the journey that Tosafot would have been, we are quite nervous about bringing our kids half-way around the world with the difficulties of learning a language and finding their place in new schools and foreign social structures.

Halachah aside, what has been most remarkable to me in the past few weeks since we told our community that we’re making Aliyah has been the number of people that have told us that they are jealous of us, that they don’t have the courage we have, that they wish they were coming too. I guess there always will be acceptable reasons not to return, but the Jewish soul feels a pull to Israel, we can subconsciously hear Hashem knocking at the door. There have historically always been Jews who jumped across the sea of uncertainty and halachic leniency because they knew that the destiny of the Jewish people is in the Land of Israel. For us, it’s our fourth chance to be a part of it and we’re jumping in.

Rabbi Aaron Feigenbaum is the Rabbi of the Irving Place Minyan in Woodmere NY and the Rav Bet Sefer at HAFTR in Lawrence, NY. He, his wife Malki and their six children, will be making Aliyah in August 2022.