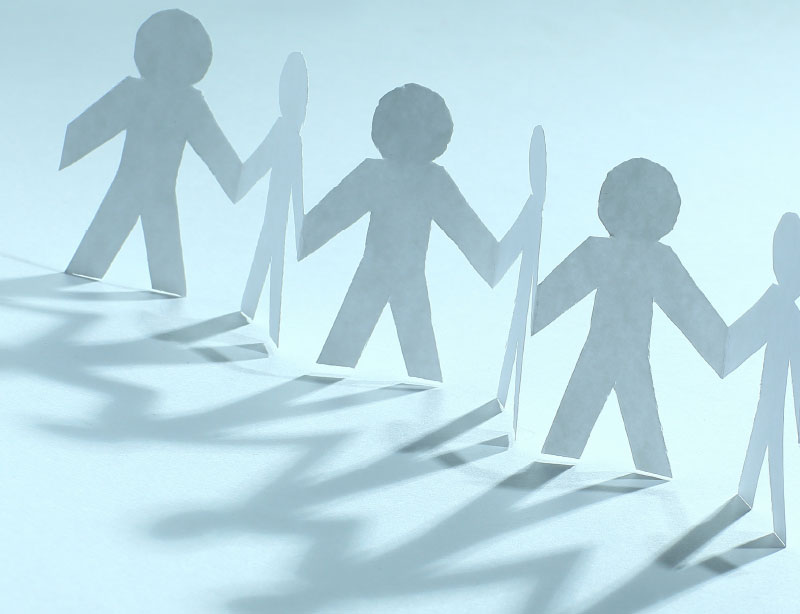 Hashem creates each person differently because we each have a unique mission.1 Our distinctive appearance and fingerprints reflect unique outlooks, perspectives, abilities, and personalities, all of which help us realize our personal missions (Talmud Yerushalmi, Berachot 63b).

Naturally, we value our own strengths and inclinations more than those of others. This, coupled with feelings of competitiveness, often triggers strife and even the baseless hatred that caused the destruction of the Beit HaMikdash and our exile.

“Who is wise? One who learns from all people” (Avot 4:1) The more different people are from us, the more we can learn from them, which helps us appreciate and, ultimately, love one another.

The periods of the Three Weeks and Nine Days, culminating with Tisha B’Av, are a time when we are meant to work on appreciating other Jews. We will do this by reflecting on our relationships with other Jews and other segments of the Jewish community.

One people – the existential base

Our relationship with other Jews and with all of humanity has a deep, existential root. Based on the mishnah in Avot (1:14) which questions the worth of one who cares only about himself, Rav Shimon Shkop explains that we are meant to see our existence as inclusive of all of Hashem’s creation (Sha’arei Yosher, Introduction). This applies to all of humanity, whom Hashem created in His image, and particularly to Hashem’s children, the Jewish people.

We must care for other Jews not only because of our shared mission but because of our personal relationship with each of them. We are all Hashem’s children, and we are all brothers. The special treatment the Torah commands us to offer other Jews reflects and reinforces this familial relationship. This includes practical assistance (such as lending money without interest, care for and return of lost objects, and the preferential offering of charity and chessed) as well as emotional love and closeness.

The fraternity of Ovdei Hashem

Nevertheless, our community should share a unique bond with those who share and live by our core Torah values. We should identify most with Jews who believe in and appreciate Hashem’s creation of the world and of man in His image, His redemption of the Jewish people from Egypt in order to serve Him, and His giving us the Torah and mitzvot as guides of how to do so. We should feel closest to those who dedicate their lives to avodat Hashem. Chazal described the special relationship we have with Jews committed to Torah and mitzvot as “achicha baTorah u’vamitzvot”. The Torah’s commandments to love, respect and assist other Jews apply most to those who share our Torah values (Yevamot 24b).

Rabbi Aharon Lichtenstein wrote: “When all is said and done, we should recognize and realize that what we share with the Rightist community far, far outweighs whatever divides us – although, in the nature of things, the focus within the community is upon the divisive element. I sometimes have the feeling that, with regard to perceiving that community, we are often somewhat remiss… Surely we need to recognize, and the point can hardly be overemphasized, that our basic affinity is with those – past, present or future – to whom tzelem Elokim, malchut shamayim and avodat Hashem (the divine image, divine sovereignty, and the service of G-d) are the basic categories of human existence.”2

David HaMelech asserted camaraderie with all G-d-fearing people. He said to Hashem: Chaver ani l’chol asher yerei’ucha, “I am a friend of all those who fear You.”3 Though those who fear Hashem may serve Him in different ways, we are united by our shared goals and mission.

As Modern Orthodox Jews, we ambitiously seek to learn from the best that the world has to offer – an approach that can help us appreciate the strengths of all Jews, and the Charedi community most of all. As Torah Jews, our two communities share a way of life committed to Hashem’s Torah, mitzvot, and master plan. May we always see the good in one another!

2 “Centrist Orthodoxy: A Spiritual Accounting”, in By His Light: Character and Values in the Service of G-d.

3 Tehillim 119:63. The verse implies we should also feel an affinity towards other G-d-fearing people even if they are non-Jewish.