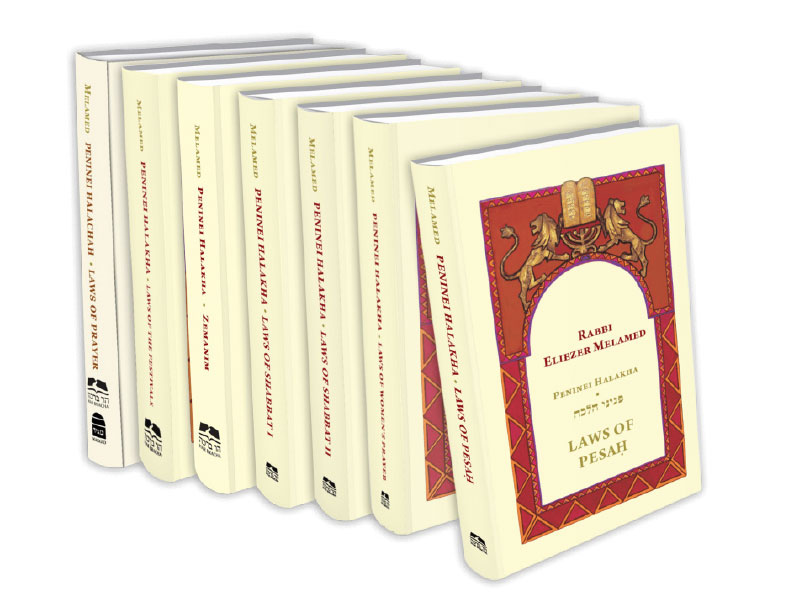 Over the past two decades or so, Rabbi Eliezer Melamed, the rav and rosh yeshivah of Har Bracha on Mount Gerizim, has authored nineteen volumes (and counting) of Peninei Halachah, a practical guide to the halachot of contemporary Jewish life. They are written in clear language and with theoretical and ideological introductions, into which the halachic details are then assimilated.

These qualities, among others, have endeared Peninei Halachah to a broad spectrum of the traditional and Religious Zionist community in Israel. The volumes have been spotted on the bookshelves of Prime Minister Naftali Bennett and President Isaac Herzog, as well as in schools and shuls, seminaries and yeshivot. They are the standard textbook for the study of halachah in Religious Zionist high schools, and there is even a popular series of Peninei Halachah for children, complete with illustrations. To date, about a million individual volumes of Peninei Halachah have been sold – in addition to its availability as an app, on the website of Yeshivat Har Bracha, and on Sefaria. In addition to Hebrew, volumes are available in English, Spanish, French, and Russian.

There are also plenty of signs that Peninei Halachah is not just a reference, textbook, or shelf-ornament, but a phenomenon that has become part of the religious routine of thousands. Countless groups study Peninei Halachah via social media, especially WhatsApp. Many synagogues and yeshivot have the custom to study a single halachah after Shacharit each morning; more and more, the text of choice is Peninei Halachah. [Ed. Note: a passage from Peninei Halacha is studied every day after Mincha at the World Mizrachi headquarters.] There is even a new series called Shoneh Halachot which facilitates the daily study of one paragraph from Peninei Halachah. Three volumes have appeared thus far.

None of this means that Peninei Halachah is immune to criticism. On the contrary, there has recently been some harsh criticism – sometimes bordering on personal attacks – against Rav Melamed and his books, and specifically from within the Religious Zionist community. Some of this criticism is specific to Rav Melamed, but some parallels the opposition faced by some of our most prominent and accepted halachic codes, including Rambam’s Mishneh Torah and Rav Yosef Karo’s Shulchan Aruch.

Let us contrast halachic codes with another major type of halachic writing: responsa, or she’elot u’teshuvot. These are a different genre whose writing can reflect different ways of approaching halachah. The codifier begins with a bird’s eye view of the halachic corpus and proceeds to organize the material in accordance with a broad, fixed structure – like the six orders of the Mishnah, the fourteen books of Mishneh Torah, or the four major sections of Arba’ah Turim, which is adopted by Shulchan Aruch as well – and from there to individual topics and subtopics, before finally arriving at the level of the legal detail.

The advantage of a code is clear: it strives for internal consistency and comprehensiveness, and its organizational structure makes it easy for users to find what they are looking for. In fact, it is precisely this feature that has historically engendered opposition; codes make halachah so accessible that lay users – the codes’ primary audience – are empowered to rely on their own studies. This was a significant element of the opposition to Shulchan Aruch, and its echoes reverberate even today, especially when areas of halachah that were typically addressed on a case-by-case basis become the subject of a new code.

The writer of a responsum, in contrast to the codifier, begins with a specific person asking a specific question under specific circumstances. The questioner is almost never a layperson, but rather a fellow rabbi consulting with a greater expert. Responsa contain argumentation and rhetoric; their goal is not to state the law as much as it is to persuade readers. They marshal the facts and sources that pertain to the case and offer an answer that might have been very different if just one variable is tweaked. Codes, in contrast, aim to guide the behavior of all users, regardless of circumstances. Responsa are finely tailored; codes are ‘one-size-fits-all.’ It is therefore easy to understand why codes, in general, meet with resistance, especially on the part of elite scholars. 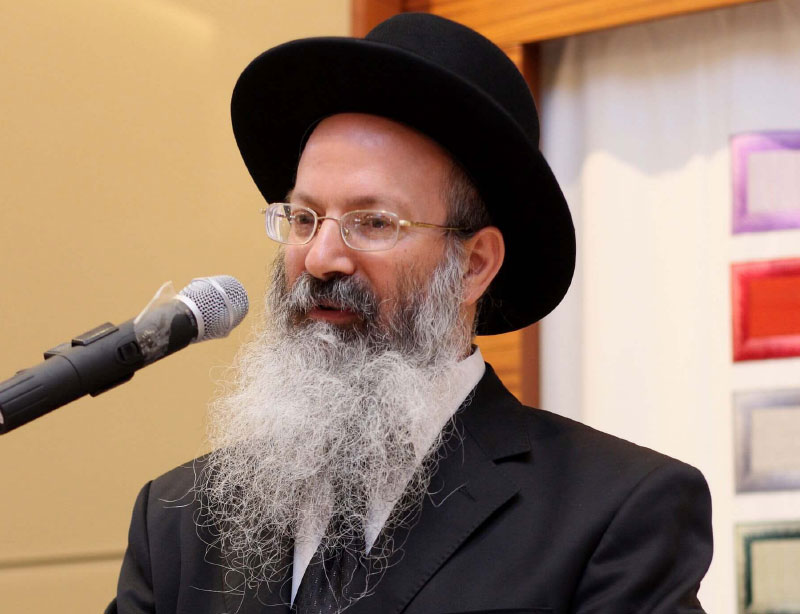 Beyond these, there are distinctive features of Peninei Halachah that both contribute to its popularity and fuel opposition to it. As mentioned, Rav Melamed embeds his halachic material within an ideological framework. Although every ruling is based on halachic precedent, there is no doubt that his ideology frames and shapes the halachic content. For this reason, people – Chareidim, for instance – who do not espouse the same ideological commitments, have not received Peninei Halachah with the same enthusiasm as those in the Religious Zionist community. More recently, when Rav Melamed articulated certain ideological positions – specifically, concerning how to relate to non-Orthodox movements and what Israel’s conversion policy ought to be – that are more strongly associated with the center-left of the Israeli political map, some on the hard right of the Religious Zionist spectrum have expressed opposition to the entire Peninei Halachah project. One writer went as far as to call Rav Melamed a liberal “Trojan horse” in Israel’s nationalist camp. It is criticisms like this that seem to cross the line from collegial disagreement to ad hominem attacks.

It seems, however, that this sort of criticism has arrived too late. Peninei Halachah has already been accepted as the de facto halachic code for a significant community of practicing Jews, and there are, at present, no near competitors. It is also true, of course, that codification, by its very nature, cuts off and narrows halachic possibilities – a process that inevitably generates deserved criticism. However, history has shown us that the most successful criticisms of halachic codes are not the ones that discouraged their use, but the ones that comment on the text itself. This is the path of Ra’avad, Rema, Shach, Taz, and Mishnah Berurah. Perhaps opponents of Peninei Halachah would be better served by publishing editions with marginal notes and objections, in accordance with ancient Jewish tradition.

Rabbi Elli Fischer is an independent writer, translator, and rabbi. Previously, he was the JLIC rabbi and campus educator at the University of Maryland. He holds BA and MS degrees from Yeshiva University, rabbinical ordination from Israel’s Chief Rabbinate, and is working toward a doctorate in Jewish History at Tel Aviv University. He is editor of Rabbi Eliezer Melamed’s Peninei Halachah series in English and cofounder of HaMapah, a project that applies quantitative analysis to rabbinic literature. He is a founding editor of The Lehrhaus, a web magazine of contemporary Jewish thought, and his writing has appeared in numerous Jewish publications.