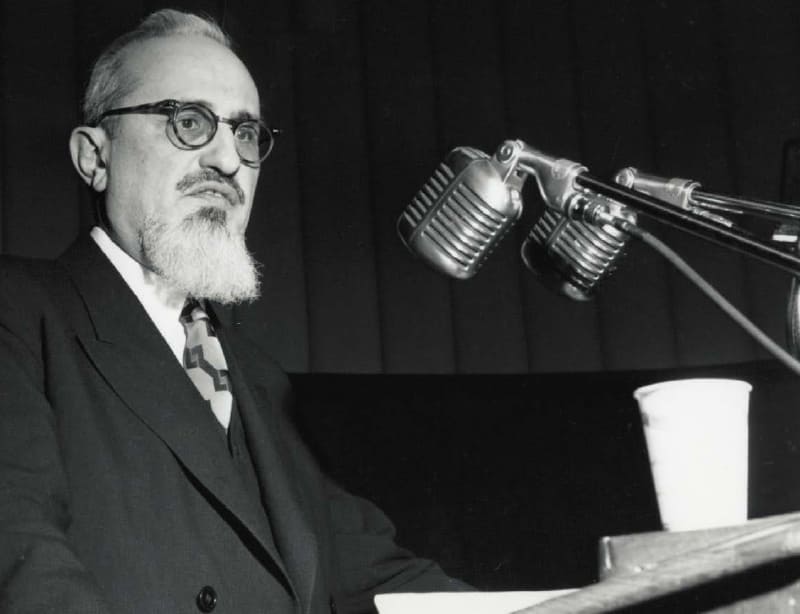 For the first time in the annals of ‎our ‎exile, Divine Providence has amazed our enemies with the astounding discovery that Jewish ‎blood ‎is not cheap!… If we want to courageously defend our continued national and ‎historical ‎existence… The Torah has always taught that a man is permitted, indeed, has a sacred obligation, to ‎defend ‎himself… ‎Public and private honor is ‎dependent upon the possibility of defending one’s life and one’s honor. ‎A people that cannot ‎defend its freedom and tranquillity is neither free nor independent. The third ‎of the phrases of ‎Divine redemption is “And I shall redeem you with an outstretched hand and ‎with great ‎judgments” (Shemot 6:6). Thank G-d we have lived to see the day when, with the help ‎of G-d, ‎Jews have it within their power to defend themselves.‎

Let us not forget that the poison of Hitlerite antisemitism (which made Jews fair game to all) ‎still ‎permeates this generation, which looked with equanimity upon the horrible scene of ‎the ‎suffocation of millions in gas chambers as a normal event that need not be challenged. ‎The ‎antidote for this venom that poisoned minds and dulled hearts is the readiness of the State ‎of ‎Israel to defend the lives of its citizens. Listen! My Beloved Knocks!

In 1935, Rabbi Joseph B. Soloveitchik submitted his candidacy to become the Chief Rabbi of Tel Aviv as the representative of Agudath Yisrael. Less than a decade later, in 1944, Rabbi Soloveitchik was the chairman of the Central Committee of the Religious Zionists of America. Rabbi Soloveitchik’s shift in allegiance from Agudath Yisrael to Mizrachi resulted from a frank and painful reevaluation of his philosophy in response to the Holocaust. Witnessing the destruction of European Jewry, Rabbi Soloveitchik came to believe that Mizrachi’s activist approach to building a Jewish future in the Land of Israel had saved Judaism and the Jewish people from extinction.

In a 1962 address to the Religious Zionists of America, Rabbi Soloveitchik explained:

I was not born into a Zionist household. My parents’ ancestors, my father’s house, my teachers and colleagues were far from the Mizrachi Religious Zionists… My links with Mizrachi grew gradually; I had my doubts about the validity of the Mizrachi approach… I built an altar upon which I sacrificed sleepless nights, doubts and reservations. Regardless, the years of the Hitlerian Holocaust, the establishment of the State of Israel, and the accomplishments of the Mizrachi in the Land of Israel, convinced me of the correctness of our movement’s path. The altar still stands today, with smoke rising from the sacrifice upon it… Jews like me… are required to sacrifice on this altar their peace of mind as well as their social relationships and friendships.