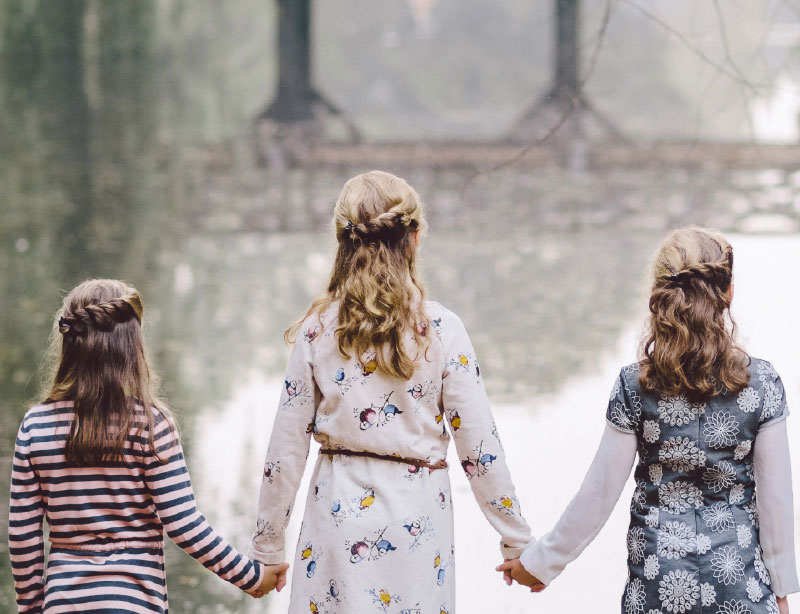 As we approach Tisha B’Av once again, it is difficult to absolve ourselves of the rabbis’ painful admonition: “Any generation in which the Temple is not rebuilt, it is considered as if they themselves destroyed it” (Yerushalmi Yoma 1:1). Individually and as a nation, we must internalize the lessons of the destruction and proactively begin the process of repentance and rebuilding. Rav Kook famously called upon Am Yisrael to practice ahavat chinam, baseless love, as a means of repairing sinat chinam, the baseless hatred which led to the destruction of the Beit HaMikdash. But there is also a lesser known path to rebuilding the Mikdash, a path hinted to in the instructions for building the original sanctuary detailed in Parashat Terumah.

When describing the various vessels and components of the Mishkan, the term panim, “face”, is used several times, most remarkably in the context of the keruvim: “And the keruvim shall spread out their wings on high, screening the ark-cover with their wings, with their faces one to his brother…” (Shemot 25:20). The panim also appear in the context of the showbreads and the menorah, and are thrice mentioned in the description of the incense altar, underscoring the significance of the intimate face-to-face relationship we are meant to create with Hashem.

This same expression – “a woman bound up with her sister” – appears only one other time in Tanach, referring to Yechezkel’s vision of the celestial angels surrounding Hashem: “Their wings were joined one to her sister” (Yechezkel 1:9). Yechezkel later realizes that these angels are in fact the very same keruvim which represent the presence of the Shechinah in our midst (10:20). The keruvim that were described in Shemot as “facing his brother” are described in Yechezkel as being connected like sisters!

These expressions highlight the unique relationships necessary for the construction and maintenance of Hashem’s presence, the figurative links and literal bonds of unity which create a “face-to-face” meeting with G-d. With these evocative expressions, the Torah is saying that the uniquely close bonds formed by sisters are essential to building a relationship with Hashem and rebuilding the Beit HaMikdash!

The curtain and beams of the Mishkan are compared to sisters, for sisters share so much in common – monthly and life cycles, challenges of fertility, pregnancy, nursing, child-rearing and relationships. When I recently spoke with renowned speaker and author Rebbetzin Tzipporah Heller-Gottlieb, she shared a powerful insight. “Religious women in different communities should learn from one another. From the Religious Zionist community we may learn the value of love for Eretz Yisrael, and from the Charedi community we may learn the value of uncompromising tzniut. Without criticizing the other, we should be confident in our paths of Avodat Hashem and bond through a mutual respect for proper adherence to halachah.”

Brotherly love is essential for rebuilding a society of achva (ach–va), of true brotherhood, in which each of the keruvim may once again face “his brother” and allow for Divine revelation and communication. But when the Mishkan is actually constructed, the curtains and beams of sisterly love precede the construction of the vessels and the keruvim. Before a face-to-face “brotherhood” relationship with Hashem is restored, we must first create a sisterhood of respect.

Rabbanit Yemima Mizrachi teaches that the word yeriot, curtains, is homiletically connected to the word reut – the word for female friendship! Female friendship is the foundation of the Mishkan and, together with the “sisterly” wings of the celestial chariot, provides protection and unity for our people. Though we may have different “flight patterns”, as religiously-observant women we must intertwine our wings in order to fly and rebuild our Father’s chariot here on Earth!