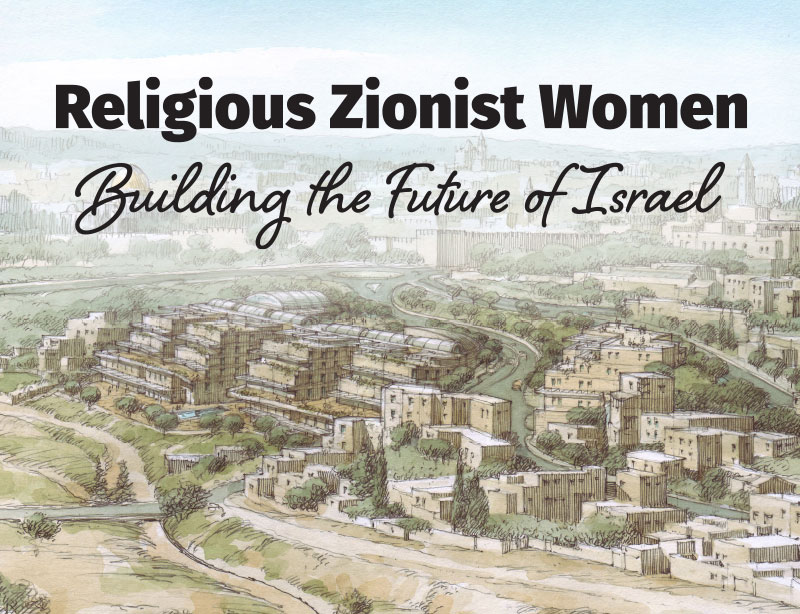 Building the Future of Israel

Through the long and painful years of slavery in Egypt, our people teettered on the edge of despair. When Pharaoh decreed that all baby boys must be put to death, our forefathers reached their breaking point. Amram the Levite, leader of the generation, separated from his wife; why bother bringing children into the world if Pharaoh would immediately murder them? The future of Am Yisrael appeared bleak, to say the least.

Fortunately, the women of Israel refused to give up hope, defying Pharaoh’s decree and saving the lives of the baby boys. Miriam rebuked her father: “Your decree is harsher than Pharaoh’s! Whereas Pharaoh issued a decree only against the males, you issued a decree against the females as well [for none will be born]!” (Rashi, Shemot 2:1) Encouraged by his daughter, Amram returned to his wife Yocheved, leading directly to the birth of Moshe, the redeemer of Israel!

“In the merit of righteous women, our ancestors were redeemed from Egypt” (Sotah 11b). Led by Miriam, it was the women of Israel who most steadfastly believed in the coming redemption. In the aftermath of the splitting of the sea, both the men and women of Israel sang songs of praise to G-d, but only the women played musical instruments. The Rabbis explain that the righteous women of that generation were so certain that G-d would perform miracles on their behalf that they took timbrels out of Egypt (Rashi, Shemot 15:20).

As we draw ever closer to the final redemption, Jewish women are once again rising up to lead and to strengthen our nation. Religious women are taking leading roles in many fields that were once exclusively dominated by men – as Torah scholars, CEOs, tour guides, reporters, and Members of Knesset. Women like Miriam Peretz, and so many others highlighted in this edition of HaMizrachi, inspire our people not only with their unique talents and abilities, but with their strength, joy and optimism.

The Arizal teaches that the souls of the final generations before redemption are reincarnations of the souls of the generation of the Exodus (Shaar Hagilgulim, Hakdamah 20). Just as the faith and fortitude of the women of Israel ensured we would be redeemed from the slavery of Egypt, may the righteous women of our own time lead us all the way to the final redemption!