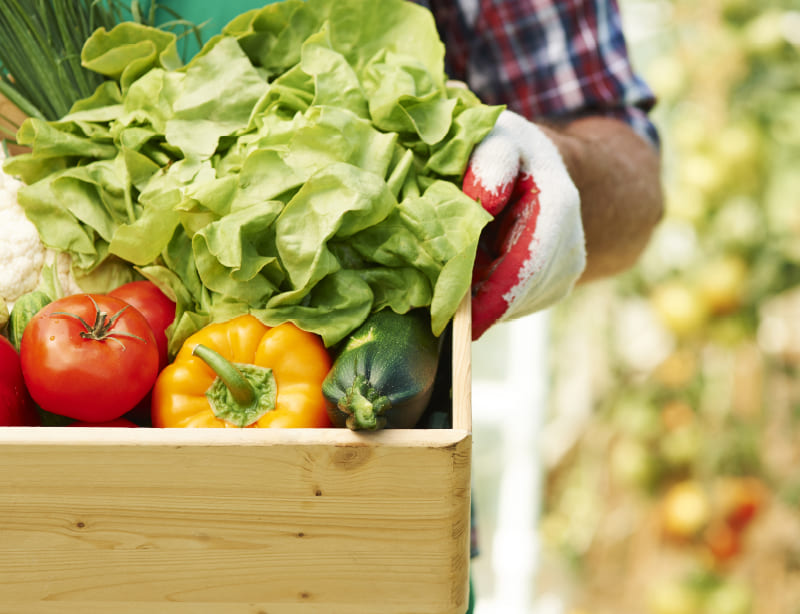 With all due respect to the home garden, the Shemitta bin and the supermarket dilemmas, Shemitta is first and foremost the year of the farmers, those who have to decide every seven years where they are headed: Sell the land according to the heter mechirah and continue working the land almost as usual, without the holiness of Shemitta (kedushat shvi’it), join Otzar Beit Din (in which the Beit Din acts as the owner of the field) with all the complexities it entails or to simply keep Shemitta in the most direct fashion, by letting the field lie fallow throughout the entire seventh year.

In recent years I have gotten to know a few dozen land-loving farmers who feel deeply connected to the Land. Though some struggle with Shemitta or do not fully understand its importance, there are many pious farmers who choose to do everything possible to properly observe the laws of Shemitta.

Alongside the farmers who rely on the heter mechirah or join the Otzar Beit Din are those who have chosen to simply stop working their land, despite (or perhaps because of) the difficulty in doing so. Aryeh Bramson, a resident of Tel Aviv who has owned a vineyard in Yitzhar for the past 20 years, is one of these farmers.

“We are letting the vineyard rest, just like that,” he says with the satisfied smile of one who has clearly been waiting for this moment.

How does it work? “As of Rosh Hashanah, there was and will be no work in the vineyard other than rescue and damage prevention. We do almost nothing. The crop does not belong to us but to all the people of Israel. It is not a heter mechirah that sells the land to Arabs.”

Aren’t you afraid that the vineyard will be damaged? “There are always concerns in the vineyard here,” Bramson reassures. “Every year, there are diseases in the vineyard. Each growth stage stands on its own and needs a lot of prayer and effort. Any mishap or special events such as heat or something unexpected is a problem. There are many surprises in the vineyard, and everything can easily go down the drain. We have no hesitation in observing special mitzvot, especially the mitzvah of Shemitta. From the first day of Shemitta, every Jew who wants to is welcome to come and pick grapes for himself, though not for commercial purposes of course. People do come.”

What will you do to pass the time during Shemitta? “I am a teacher, and in any case, I am not always on-site at the vineyard even in a normal year, so that is what I will continue to do during Shemitta as well.”

“When we planted the vineyard, we hadn’t thought much about the particular place we would choose to plant our vineyard. But then we realized that 20 meters from this location there is an ancient winepress from the Hasmonean period – a whole system of ancient wineries! We were deeply drawn to this place where over 2,000 years ago, Jews were cultivating a vineyard and making wine!”

“It’s a special feeling to engage in the pursuit of geulah (redemption). When Yirmiyahu saw the destruction of the Beit HaMikdash and the terrible destruction of that time, he said there would be a future here, that ‘again you shall plant vineyards on the hills of Samaria.’ It sounds impossible, but here, thousands of years later, it’s happening!”

This year, Bramson will happily and without fear observe Shemitta. He also plans to visit shuls around Israel to deliver an inspiring lecture on his personal Shemitta.

The Lifshitz family farm, now in its fourth generation of farmers in Moshav Kfar Pines, grows oranges, avocados, etrogs and olives – all using Jewish workers. They too decided to keep the Shemitta in the simplest way by allowing their land to lie fallow.

Why not rely on one of the halachic solutions? “In the past, we did so, but this year we decided to fulfill the Shemitta year as the Torah commands for several reasons. First, when you delve deeper into the laws of otzar beit din, it is perfect for the general public, who have access to fruits and vegetables. Still, in practice, the farmer works at his job the same as almost every year and loses out on the essence of the Shemitta year, which is the opportunity to dedicate oneself to Torah study. It is a pity to miss this opportunity.”

In addition, those in the field say that “a farmer is accompanied by his faith, as a ‘believer and sower,’ that he will be successful all year round. In the Shemitta year, we exercise this muscle.”

“The main reason is the desire to keep the halachah, just as we were commanded. While Shemitta is still only a rabbinic obligation at the national level, we chose to begin practicing this mitzvah personally. We believe and hope that this will be the last year Shemitta will not be obligated by the Torah – next Shemitta, G-d willing, the majority of Am Yisrael will be here in Eretz Yisrael with us.”

Many other farmers have chosen to fulfill Shemitta with Otzar Beit Din as part of the Otzar HaAretz project. One of them is Ran Tzadok, 40, who is in charge of agriculture at the cooperative association in Naveh, a national-religious moshav in the Hevel Shalom region, near the border with Egypt. The settlement was established in 2008 by families expelled from Atzmona. Other families from around the country later joined them.

The settlers decided to establish their settlement in Halutza Sands due to the area’s proximity to the agricultural cultivated regions of the cooperative farm.

“In the locality itself, we grow leafy vegetables in greenhouses,” says Tzadok. “In the fields around the moshav, we grow potatoes, onions, watermelons, melons, sweet potatoes, citrus groves, avocados and mangoes.”

How did you get into farming? “I am one of the deportees from Gush Katif. In the bloc itself, by the way, I did not work in agriculture even though many of my neighbors did. After the disengagement and the establishment of Naveh, I started working in agriculture. I did not think it would become the center of my life, but I was sucked in, and since then, I have been a farmer with all my soul. Agriculture connects me to the Torah, the Land and Zionism, and it gives me a sense that I am fulfilling my dreams and ideals.”

“Here we also connect to the legacy of Ben-Gurion, who said: ‘It is in the Negev that the people of Israel will be tested. For only with a united effort of a volunteering people and a planning and implementing State will we accomplish the great mission of populating the wilderness and bringing it to flourish. This effort will determine the fate of the State of Israel and the standing of our people in the history of mankind.’”

Isn’t it challenging to be a farmer? “In the beginning, everything was difficult and complicated,” says Tzadok. “It’s not easy to suddenly start being a farmer. It’s hard work physically and mentally, but thank G-d I found myself in the field, and I enjoy every moment.

“Agriculture is a very complex field that involves a lot of trial and error. Everything here is relatively new. Nothing is obvious. Every new leaf or fruit that comes out makes me happy, as if it is the first fruit I grew. It all involves a lot of investment, hassle and labor and many variables such as climate changes. But even with all the complexity, we see a blessing in our hard work, thank G-d.”

Tzadok admits: “Of course, there is a fear of what will happen and how we will manage, but if the Torah itself promised that we would not be harmed, I am less concerned: ‘I will ordain My blessing for you in the sixth year so that it shall yield a crop sufficient for three years’ (Vayikra 25:21).”

How are you going to manage financially during Shemitta? “Everyone who grows crops for Otzar Beit Din is halachically defined as an employee of the Beit Din and receives a salary. This year, I am honored to observe the mitzvah of Shemitta, to be an emissary of Am Yisrael and Eretz Yisrael, and receive a salary. G-d willing, we will be okay.”

“I came here 24 years ago, as part of Garin Nachal. I met my wife here, we fell in love with the kibbutz, and we have been here ever since. Farming is our life, our livelihood and our truth. We live, breathe and work the land to the last furrow.”

Why did you choose otzar beit din? “Very simple: Otzar Beit Din is the perfect solution to preserve Israeli agriculture, prevent imports and provide a solution for the religious public while preserving halachah and the land according to Torah laws.”

Amar talks about life in the Gaza Envelope in the shadow of the rockets: “During the last operation in Gaza, we had to evacuate the children and women to Kibbutz Kfar Etzion, where we received terrific hospitality. During the fighting, we continued to supply produce to markets, mainly carrots and other small vegetables. A few forklifts here rushed and loaded and shipped produce to the markets between sirens. Several farmers ran and checked the fields between sirens.

“We are very proud of them for the courage and desire to continue to give soul to the business. It’s not just about farming. One milkman here, Stevie, took care of the whole dairy alone; he milked the cows and took care of everything necessary for the dairy to continue to function. This is true Zionism. It must not be given up because of political whims or hardships.”

Nadav Gedaliah is an Israeli journalist, blogger and writer.