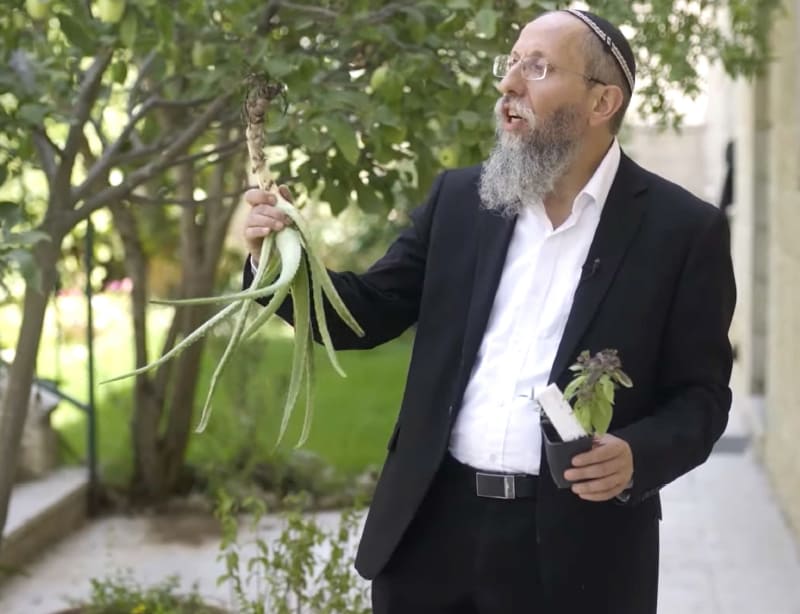 Shemitta: When Holiness Comes To Us

In previous editions of HaMizrachi, Rabbi Yosef Zvi Rimon has written about the practical halachot of observing the Shemitta year. This interview has a different focus, diving into the broader societal and philosophical aspects of the Sabbatical year. Rabbi Rimon, who serves as the head of Mizrachi’s Rabbinical Advisory board and who has published extensively about Shemitta, is the perfect person to help us see the forest as well as the trees, dreaming of a Shemitta that resonates with meaning for all Jews.

Rabbi Itamar Segal: What is the goal of Shemitta, and why does the Torah require all farming in the Land of Israel to shut down once every seven years?

Rabbi Yosef Zvi Rimon: At the heart of our observance of Shemitta is our statement that everything belongs to Hashem. This point is always important, but it takes on added significance after two years of Covid. Before Covid, we thought we were in charge and had unlimited power. But suddenly, a tiny creature brings the whole world to its knees and clarifies Who really runs the universe.

Letting the land be idle isn’t just about letting the soil rest. There’s no such mitzvah in New York, France, or Egypt. Here there’s a special connection between humanity and the soil, between the people and its land, and this connection requires us to let go for a year to give our holy land its rightful place. This stems from the land’s holiness; it isn’t just agricultural. Rav Kook also discussed the connection between Shabbat and the Shabbat of the land. He explained that what Shabbat does to the individual, Shemitta does to the nation. It’s not just a time to rest, but a time to stop everything, to try to understand where I’m running to and how my life is significant.

Think about it. For an entire year, the whole country stops – no commerce, no competition, and no making money. There’s a full year of chessed, of helping the poor. The Torah says, “the destitute of your people shall eat.” For the entirety of Shemitta, the whole country is busy with spirituality and chessed. People charge themselves up spiritually. This is intended to profoundly affect the nation, so the next six years will be totally different. Shemitta is meant to transform us into a nation that carries the banner of spirituality and chessed and our Divine mission.

RIS: How does all of this find expression today?

RYZR: On the one hand, it’s correct that Shemitta today does not yet find expression in all its glory. Where do we encounter it? For farmers, Shemitta is challenging, and there are a lot of farmers who find a way to elevate themselves through Shemitta. Even though it’s difficult, many of them experience excitement and transcendence. By carefully observing the laws of Shemitta, they sense that they are in a holy land and have the privilege of being partners in the process of redemption. Thank G-d, many farmers feel this way.

The court guarantees a salary to some farmers who work with otzar beit din. Quite a few farmers have come along and said, “During Shemitta, we were much calmer. We were at home more because we couldn’t do many of the activities we do every year and knew that we had a base salary in any event.”

Sometimes there are indeed farmers who don’t receive that base salary because a part of the community has concerns about otzar beit din. The public needs to partner in this holy mitzvah, buy otzar beit din and other domestic produce grown according to the rules of Shemitta and help our outstanding farmers.

But it’s not just farmers who can have the Shemitta experience; also if there’s a garden in a private home or in an apartment building’s yard. There are rules for how to garden, and you need to prepare. It affects the heart too. Inside the home, the idea of the sanctity of Shemitta produce comes across. Without the Beit HaMikdash, we don’t have sacrifices, ma’aser sheni, or neta reva’i. The only holy food we have is Shemitta produce! It’s a privilege to bring Shemitta produce into the home. It should help us feel the approach of the final redemption.

To experience other types of holiness, Jews would traditionally leave their homes and go up to Jerusalem. But during the Shemitta year, the holiness comes home to us! We eat the holy produce and take care not to ruin it; we remember to Whom the produce really belongs.

What is Otzar Beit Din?

Otzar Beit Din means that the court acts as the field owner. The court appoints agents to harvest the crop. They are permitted to harvest the entire crop simultaneously and in the usual manner because they are agents of the court and as such, their actions do not involve a display of ownership. The court then distributes the produce to the community as a gift, but it may collect money for the labor performed by the workers.

RIS: One of the most significant halachic conflicts in the history of Zionism was the debate about heter mechirah. This device circumvents the laws of Shemitta by selling land to a non-Jew right before the year begins. Even today, there are debates about whether the circumstances that brought about heter mechirah still exist or have become even more pressing, or if there is no longer any justification for this leniency. What are your thoughts on heter mechirah?

RYZR: Some argue that heter mechirah be fully utilized. In contrast, others argue there is no justification for heter mechirah today because we have the financial means to observe Shemitta without it. I say it’s not black-and-white. Reality is complex. On the one hand, heter mechirah works; Rav Kook did not question its validity. On the other hand, Rav Kook said that it is a temporary measure for when the nation is under duress and that it is only acceptable when the obligation to observe Shemitta is rabbinic and not biblical.

There are industries where there’s no choice in the matter in practice. They need heter mechirah, because, without it, they would disintegrate. But it’s not only the potential economic damage; it’s also because the State of Israel needs Jewish Israeli agriculture to keep Israeli land in Jewish hands. However, the more otzar beit din and matza’im menutakim (detached bedding) can be used, the better. That needs to be the aspiration.

RIS: According to halachah, all debts are forgiven at the end of the Shemitta year. Today’s common practice is to write a Prozbul so that debts are not erased. Is there any reason today to follow the biblical law and forgive debts entirely?

RYZR: Of course there is. Some people have real problems. I’m not a wealthy person myself, but before the last Shemitta year, I had loaned significant amounts of money to a few people. At the end of the Shemitta year, I realized they were in bad shape, financially, and so I told them I was relinquishing the loans.

People shouldn’t be educated not to pay debts, G-d forbid, but they should be educated to think of those who have real problems. The goal of the mitzvah is to rebalance and reset society, to make it possible to start anew. We have a responsibility for all of society, to let people get out of the hole. That was the idea of JobKatif: To help people stand on their own two feet. By the same token, our organization, which today is called La’Ofek, helps people who lost their work due to Covid.”

What is a Prozbul? The Mishnah in Shevi’it (10:3) states that when Hillel realized that many people refused to lend money in the time leading up to the Shemitta year because they were afraid that they would not get their money back, he instituted the Prozbul, a document which transfers private loans over to the court, thereby allowing loans to be collected after the Shemitta year (proz = enactment; bul = rich – an enactment for the rich so that they would lend to the poor).

RIS: How can those who are not farmers strengthen our connection to Shemitta?

RYZR: There are other ideas that you can adopt, things that don’t belong to the laws of Shemitta but carry the message of Shemitta. For example, try adopting a “Shemitta hour.” What does that mean? In the past, everyone was a farmer. Today not everyone is, so let’s “relinquish” an hour every week for chessed. If everyone in Israel gave an hour of their week to chessed, we would revolutionize Israeli society! And perhaps, in addition to a Shemitta hour, we should also institute a “family hour” in all of our homes. The goal is to leave Shemitta with a unique flavor for the following years, a flavor of holiness, exaltation, a flavor of unity and good and lofty values.

• This interview was originally published in Hebrew in Olam Katan.

SHEMITTA IN SHORT: View our series of short, concise and practical videos on Shemitta, presented by Rabbi Yosef Zvi Rimon, at mizrachi.tv/shemitta.

Rabbi Itamar Segal is an educator and publicist, and deputy editor of Olam Katan.

Rabbi Yosef Zvi Rimon is Head of Mizrachi’s Educational Advisory Board and Rabbinic Council. He serves as the Rabbi of the Gush Etzion Regional Council, Rosh Yeshivah of the Jerusalem College of Technology and is the Founder and Chairman of Sulamot.