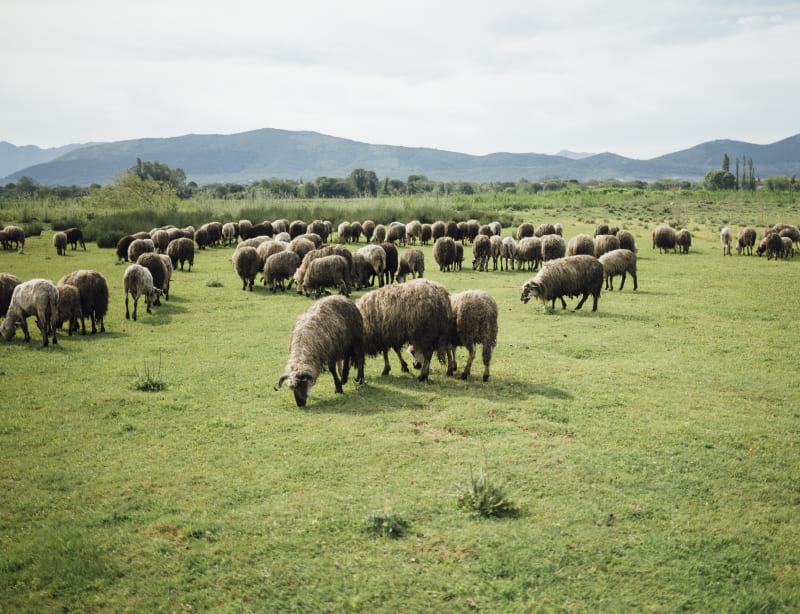 Planting our Destiny in the Holy Land

Growing up in Canada, we would often stop on the side of the road to buy fresh fruits and berries, but could never imagine buying a sandwich at a rest stop or gas station. In Israel, ironically, the situation is reversed; most gas stations have kosher sandwiches and snacks, but buying produce from a roadside stand can be quite complicated. Did they separate terumot and ma’aserot? Are the fruits orla? The complexities are only compounded during a Shemitta year.

Historically, the people of Israel lived in an agrarian society, and so it is only logical that G-d gave us many mitzvot that regulate and uplift the Jewish economy. However, our forefathers, Avraham, Yitzchak, Ya’akov, and the twelve sons of Ya’akov were not farmers, but rather shepherds who stood in stark contrast to the agrarian society of ancient Egypt.

The contrast between the nomadic existence of the shepherd and the settled life of the farmer is found in the Torah’s description of Kayin the farmer and his brother Hevel the shepherd. G-d seems to prefer the shepherd, accepting Hevel’s sacrifice while rejecting that of Kayin. Rabbi Shimshon Raphael Hirsch explains that shepherding is a more spiritual endeavor than agriculture. Farmers have more control over their success: they work the land and enjoy the fruits of their labor, relying on human ingenuity and creation to succeed – making it easy to forget that G-d is the true source of their success. By contrast, shepherds don’t plant or create anything new. Their job is to watch over and care for G-d’s creations, a job that naturally causes them to place their faith in G-d. For this reason, our forefathers primarily chose to be shepherds instead of farmers.

The contrast between Kayin and Hevel highlights two very different models of civilization. A society of shepherds is a more passive one, focused more on sustainability and preservation than on technological advances. An agrarian civilization, however, is one of progress, growth, creativity, and advancement.

If the life of the shepherd is more conducive to faith, why upon entering the Land did the people of Israel form an agrarian society? Why not follow in the footsteps of their forefathers and become wandering shepherds?

Rabbi Hirsch contends that it is Israel’s destiny to face this conflict head on – to learn how to develop their own human creativity while maintaining a steadfast faith in G-d. And it is precisely the agricultural mitzvot that teach us how! Shemitta, ma’aser, leket, shich’cha, and peah – these mitzvot remind us that G-d is the source of our strength and prosperity. As we use our human ingenuity to develop extraordinary technological advances, the agricultural mitzvot remind us of the source of our prosperity. Instead of rejecting society and living as shepherds on the outskirts of civilization, the people of Israel must embrace the challenges of human creativity and build a holy society – a society in which creativity and religious faith go hand in hand and where economic growth and technological advance does not leave the underprivileged behind.

All of this is only possible when our people are living in our land and in control of our own destiny.  While sojourning among foreign nations, it was in our best interest to be shepherds, to focus on preservation and spiritual survival. But now that we are at home again in our land, we are ready to once again embrace the challenge of building a society of progress and creativity on the foundations of holiness.

May all of Am Yisrael soon merit to taste the sweet fruits of Israel, here in our Holy Land!