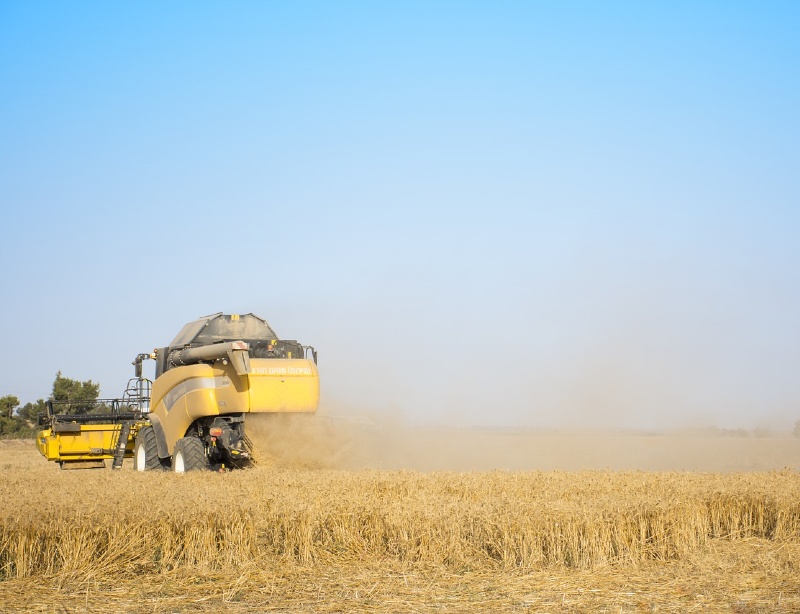 Most of us are not farmers and do not work in agriculture, and so we can easily miss the opportunity to learn and internalize the messages of Shemitta. This would be very unfortunate, as the Torah teaches that the violation of Shemitta laws will ultimately cause our people to be exiled from the Land of Israel. Our continued presence in Eretz Yisrael hinges on understanding Shemitta’s significance and appreciating its lessons.

Shemitta is a time of letting go.1 When the Shemitta year arrives, we are commanded to let go of the land and its fruits as well as monetary debts owed to us.2

The Torah explains that the release of debts and the free access to crops are meant to help the poor and give them a fresh financial start. But why are we also commanded to stop working the land? If anything, working the land would make more crops available for the poor. Why is cultivating it prohibited?

Why we let the Land go

The Rambam explains that we must stop working the soil in order to restore the balance of essential nutrients in the soil. However, most commentators explain that the Torah’s phrase Shabbat Lashem, “a Sabbath for G-d,” and the severe punishments associated with this law’s violation indicate that this mitzvah also possesses deep spiritual significance.

The Ibn Ezra and Ramban explain that Shemitta, like Shabbat, is meant to remind us of Hashem’s role as the world’s Creator. We live in a world that superficially appears to have always existed on its own. By not working the land during Shemitta, we remind ourselves that Hashem created us and our world. Still, if we already commemorate Hashem’s creation every seventh day, why is it necessary to refrain from working the land for an entire year?

Hashem not only created the world but also continues to maintain and direct it. We rest every Shabbat not only to remind ourselves of Hashem’s role in the past but also in recognition of His continuous role in the present. By following Hashem’s lead in limiting our work to six days and resting on the seventh we demonstrate that even with all of our efforts, we still require His assistance.

The Chinuch and Kli Yakar explain that Shemitta extends the lessons of Shabbat to the land we use to create. When a farmer plants and reaps he can easily reach the mistaken conclusion that he alone is responsible for the produce he reaps. By not working the land in the seventh year and by relying on Hashem’s promise to provide for the farmers during Shemitta, the farmer expresses his recognition of Hashem’s critical role in the growth process. The land not only belongs to Hashem but is also managed by Him, bringing forth its bounty only to the degree that He dictates.

The Akeidat Yitzchak sees the cessation of work as having an additional goal – to put our work into perspective. People can easily come to see work as life’s goal and essence. By taking off each seventh year from work, we remember that we must maintain a healthy balance of work and personal development.

The Sforno learns from the term Shabbat Lashem that Shemitta helps us appreciate the importance of personal development and aims to allow us to devote our time and energy to it. The Shemitta year is a time to focus on our service of and relationship with Hashem.3 This may be why the Torah schedules the hakhel Torah gathering right after the Shemitta year. The best time to reenact the receiving of the Torah is after a Shemitta year, during which we can focus on Torah learning.4

Like Shabbat – which has both prohibitions and positive mitzvot – the Shemitta Shabbat Lashem is also observed not merely through prohibitions but proactively as well. When we cease work for Shabbat and Shemitta, we are meant to focus on the deeper meaning of our lives and recalibrate how we will live in the coming days and years.

Like the modern academic sabbatical year (a notion derived from Shemitta), the Shemitta year is a time to refocus the energies we normally use to develop the world towards developing ourselves. Irrespective of whether we own a farm or a garden, let’s do our best to internalize the teachings of Shemitta and maximize this year for personal growth. And in this merit, may Hashem continue to bless our efforts here in the Land of Israel!

2 See Gittin 36a, where Rebbe links between the two.

3 See Ibn Ezra (Shemot 20:8), who understands this as the goal of Shabbat. See Tanna D’vei Eliyahu (1) and the Tur (Orach Chayim 290), who speak about how Shabbat is a time meant for learning Torah. See also Zohar (3:171b) for its powerful description of the spiritual level of life in Gan Eden during the Shemitta year.

4 This can help explain why the Torah stresses that the laws of Shemitta were given at Sinai.