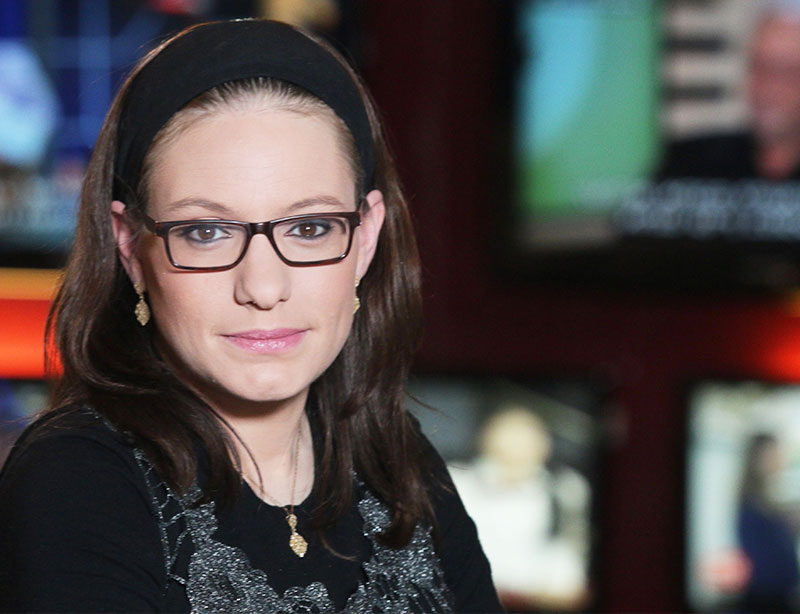 In the summer of 2019, World Mizrachi announced that Sivan Rahav-Meir and her husband Yedidya would be moving to the United States to be shlichim for a year, beginning a new chapter in her remarkable career. Sivan’s journey – from a secular home in Herzliya to becoming a leading voice of Israel’s Religious Zionist community – is both remarkable and inspirational.

Born to a secular Israeli family in 1982, Sivan moved with her family from Ramat HaSharon to Herzliya when she was six years old. By age 8, she was identified as a gifted child and began an advanced educational track, ultimately graduating high school and completing a degree in Political Science and Management from Tel Aviv University before she turned 18.

From a young age, she also took an interest in journalism. “I wrote my first piece for a children’s newspaper at the age of six, and in elementary school I would interview my friends. As I moved through school, I began to get great opportunities as a youth journalist – I interviewed Yitzchak Rabin, Shimon Peres, and even the Power Rangers when they visited Israel!”

During her degree studies, Sivan took courses in Jewish thought. Though these courses lit a spark in her, they were not the only impetus for her religious journey. “If you ask me how it all began, I can give you an intellectual answer, about the powerful experience of learning Nechama Leibowitz, Rav Kook and Rav Soloveitchik. But the simple truth is that a few girls my age invited me to their house to experience a Shabbat, and then another and another, and this made me want to bring that magic into my own life. I began to keep Shabbat. At a very slow pace – some might say too slow – I realized that the responsibility to keep the Torah we received at Mount Sinai rests with everyone, including me.” 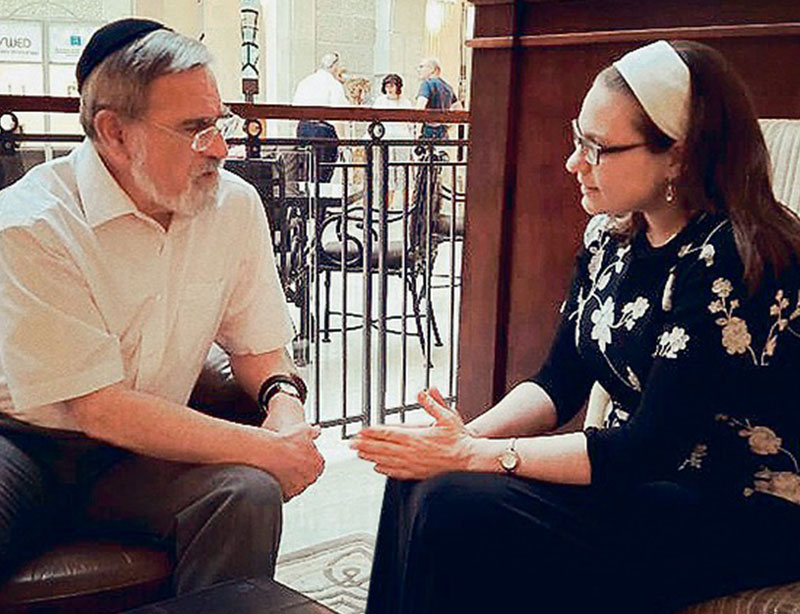 Nechama Leibowitz z”l became her role model. “As a 15-year-old girl, she helped me understand that the Torah is about much more than Bagruyot tests (high school matriculation exams in Israel) on Tanach. Reading her books, I began to understand that asking questions is more important than reaching answers, and that making Torah accessible to every farmer and new immigrant is more important than sitting and studying in an ivory tower.”

Sivan joined the army and served in Galei Tzahal, the army radio station. After that she joined Channel 2, Israel’s preeminent TV station, where she served in a number of roles, most prominently as an anchor on an early morning show. “It wasn’t easy to get up at 4am for the show, but in retrospect it is a lot harder to get all my kids ready for school each morning!” One of her most prominent roles came when she became the anchor of the 6pm news show and began conducting high profile interviews with figures ranging from Sarah Netanyahu to Rabbi Ovadia Yosef to businessmen like Lev Leviev.

Sivan is married to Yedidya Meir, a journalist, radio broadcaster and columnist for B’Sheva. “Yedidya and I met each other thanks to Shabbat. An event that was supposed to take place on Friday night was postponed at my request until Saturday night. It turns out that Yedidya had also requested that the event be postponed to Saturday night. We stood at the entrance to the event, and the organizer said to me: ‘I want you to meet the other religious nudnik who got us to postpone this whole event!’ We started talking, and Baruch Hashem, we haven’t stopped talking ever since!”

About six years ago something changed. In parallel with her work at News 12, writing a weekly column in Yediot Acharonot and presenting a weekly program on Galei Tzahal, she began giving a weekly Torah class to singles living in the Nachlaot neighborhood of Jerusalem. “The class took place every Wednesday at nine in the evening at Heichal Shlomo, with new content each time.” Hundreds of people came to the class every week, which was broadcast live on Facebook and YouTube, and is now produced for Channel 12 in their studios and broadcast every Friday. “The goal is for the parasha to be part of the cultural pulse, part of the Israeli DNA.” Following the success of the weekly class, Sivan began lecturing in Israel and around the world. “It’s fun to share this Torah with different communities, both at Ramle Prison and with the General Staff Forum of the IDF. I won’t reveal which audience paid better attention!”

Sivan also began a wildly successful volunteer project called הַחֵלֶק הַיּוֹמִי, a short daily article on the parasha of the week and current events that reaches tens of thousands of subscribers around the world via WhatsApp. Sivan writes the piece in Hebrew, and a team of volunteers translates it into 18 different languages and sends it out. “I owe so much to this team, who have really given this project life. They are constantly thinking about how to spread Torah to more people, using technology in every way possible.” 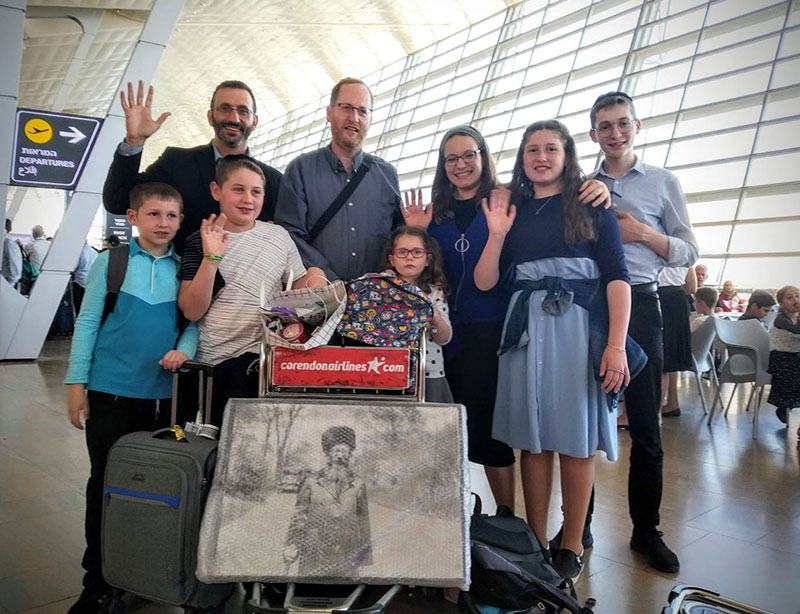 Sivan with her family and Rabbi Doron Perez as they depart for shlichut in the USA.

In recent years, Sivan was voted Israel’s most popular female media personality in a Globes Newspaper poll and listed as one of the most influential Jews in the world by the Jerusalem Post. “It’s flattering and exciting. I try to remember that the Globes poll is not just about me personally, but is also meant as a protest against a media that is too uniform and too provocative, a media that does not respect the values ​​of a significant portion of its consumers.”

A mother of five, Sivan’s day begins at 6:30am. “I try to daven Shacharit before I wake up the children. I get them ready in the morning, and when Yedidya finishes his morning show on Kol Chai radio he does a round of drop-offs at several schools. The daily schedule is fluid. There are days at home and days filled with speeches and work – everything is very flexible.” She tries to get to sleep before midnight, but rarely succeeds.

What is Sivan’s dream for the future? “Rebbe Nachman once said that we must stop being poor; we must return to the treasure within us. All of us – as individuals and together as a people – have treasures within us that we must bring to the world! And one more thing – I hope one day I’ll learn how to cook!”

● A version of this article originally appeared in Hebrew at www.IsraelNationalNews.com.