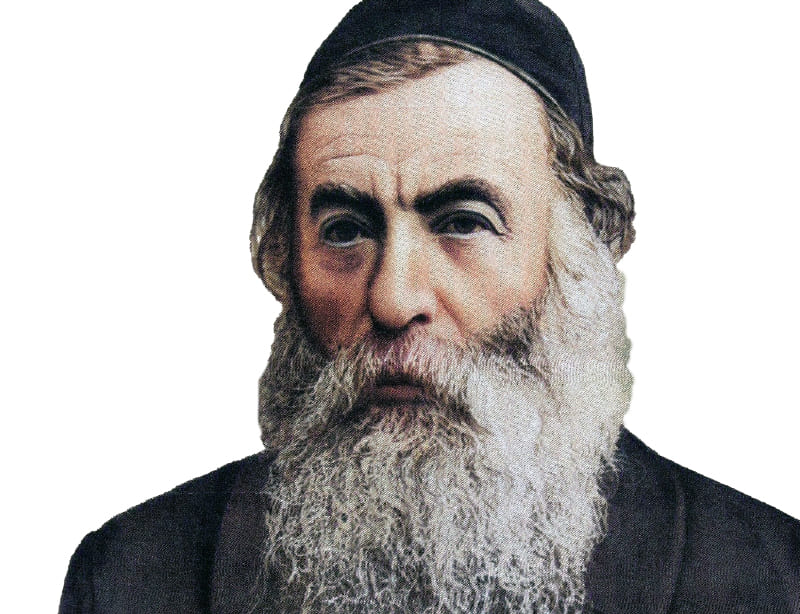 In honor of the 120th anniversary of the founding of the Mizrachi movement, let’s take a look at the history of the movement’s name.

While the political organization was founded in 1902, the name precedes it by nearly a decade. In 1893, Rabbi Shmuel Mohilever created a religious branch in the Chovevei Tzion movement (a predecessor to Herzl’s Zionist movement) which he called Mizrachi – an acronym for מֶרְכָּז רוּחָנִי, meaning “spiritual center.” Later, when Rabbi Yitzchak Yaakov Reines founded the Religious Zionist movement, the writer Avraham Yaakov Slutsky suggested that he adopt the earlier name, and the movement became “Mizrachi.”

In addition to the abbreviated מֶרְכָּז רוּחָנִי, the name Mizrachi is strongly associated with the word מִזְרָח, “east,” the direction long associated with praying toward and longing for Eretz Yisrael – even if many Jews lived to the north of Israel.

This dual meaning represents two critical components of Religious Zionist ideology. “Spiritual center” expresses the belief that spiritual concerns must remain central to our movement, even when working together with secular political partners. At the same time, “east” expresses our belief that redemption will not come from above while we wait passively in the Diaspora. We must do our part by actively going east and settling the land.

“Mizrachi” also derives from the root זָרַח, which means “to shine” or “to rise.” “Mizrach,” therefore, means “where the sun rises” or “where the sun begins to shine.” Another word deriving from the same root is אֶזְרָח, meaning “citizen, civilian.” It originally meant “one who rose and grew up in the land,” that is, one who was born there.

A synonym for מִזְרָח in Biblical Hebrew is קֶדֶם, deriving from the root קָדַם, meaning “to be before, in front.” For those accustomed to seeing maps with the north on top, it may seem strange to view the east as “in front” of the rest of the world. But as the English word “orient” attests, we find our bearings when facing east. While קֶדֶם isn’t used in modern Hebrew for “east,” the root appears in many common words, including מֻקְדָּם – “early,” קִדְמָה – “progress,” and קָדִימָה – “forward!”

In the poetry of Tehillim, sunrise is described as כְּחָתָן יֹצֵא מֵחֻפָּתוֹ, “like a groom coming forth from the chamber” (19:6). The idea of the sun “going out” at sunrise is found in other Semitic languages and eventually gave us the name “Asia” – “the land of the sunrise (in the east).” A parallel can be found in a suggested origin of the name “Europe” – from עֶרֶב, where the sun sets at night (in the west).

By contrast, מֶרְכָּז is of recent origin. It entered Hebrew in the Middle Ages, borrowed from the Arabic markaz, meaning “foothold, stand, center.” This Arabic word is related to the Hebrew root רָכַס – “to bind,” the root for words such as רֶכֶס – “mountain ridge” (the mountains are fastened together), and רוֹכְסַן – “zipper.”

רָכַס is also related to the root רָכַשׁ, originally meaning “a team of horses” (Esther 8:10), as horses were bound to the same vehicle. However, today רָכַשׁ generally means purchasing, from the word רְכוּשׁ – “property.” This is because possessing animals, like horses, cattle or camels, was a sign of wealth. Other words in Hebrew that connect animals and property include מִקְנֵה – “cattle” (from the root קָנָה – “acquire”), סְגוּלָה – “property” (related to the Akkadian word sugullu – “herd of cattle”), and נְכָסִים – “property” (related to the Aramaic root for killing, נֶכֶס, meaning “cattle to be slaughtered”).

The second half of Mizrachi’s name, רוּחָנִי, derives from רוּחַ – “spirit.” The same word also means “wind” or “breath” and is similar to נֶפֶשׁ and נְשָׁמָה – meaning “breath” and “soul.” The root רוּחַ also means “to be wide, spacious,” as in the word רֶוַח, meaning “space,” “relief,” and “profit.” Some scholars connect the two roots by saying that the space between two things is composed of air or wind.

The converse of “spiritual” is גַּשְׁמִי – “physical” and was incorporated into medieval Hebrew from Arabic. It is related to the Aramaic גֻּשְׁמָא, meaning “body.” Some say it is connected to the Hebrew גֶּשֶׁם – “rain” because the rain was considered very heavy as if it had a body.

David Curwin is a writer living in Efrat, and the author of the Balashon blog, balashon.com.