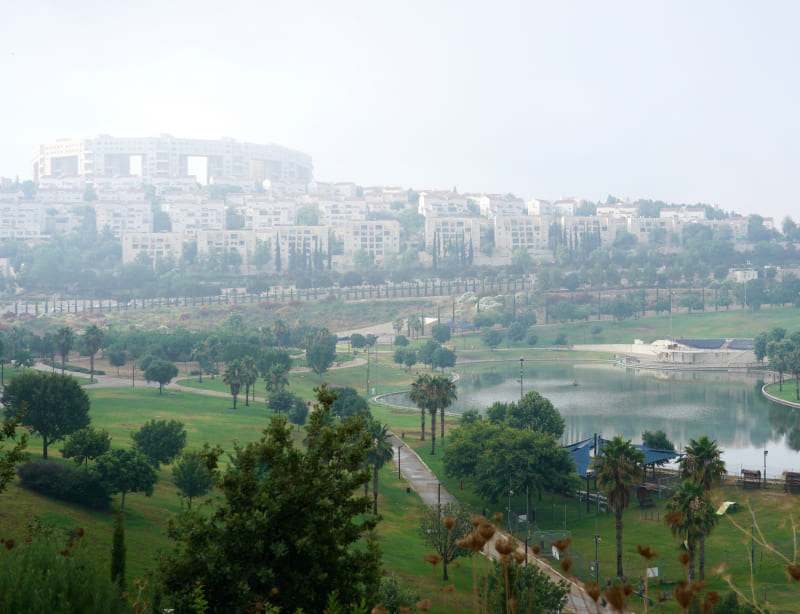 Stay in the Land

The life of Yitzchak Avinu was unique among our forefathers. Unlike Avraham, who was forced to descend from Eretz Yisrael to Egypt due to the severe famine, and unlike Ya’akov, who twice went abroad, Yitzchak never left Eretz Yisrael. Hashem commanded Yitzchak to remain in the land: שְׁכֹן בָּאָרֶץ, “Stay in the land which I will show you,” and גּוּר בָּאָרֶץ, “Sojourn in this land, and I will be with you” (Bereishit 26:2–3). These verses are difficult to understand. Why does Hashem tell Yitzchak both to “stay” and also to “sojourn” in the land? And why does the Torah use the word “שְׁכֹן” “stay”in this context – the first time this word is used in the Torah?

The Midrash offers two explanations for the word “שְׁכֹן.” One possibility is that “שְׁכֹן” derives from the word שְׁכוּנָה, or “neighborhood.” According to this approach, Hashem is commanding Yitzchak to build a neighborhood in Eretz Yisrael: “Make a settlement in the Land of Israel, be a planter, be a sower, be a citizen” (Bereishit Rabbah 64). Yitzchak must cultivate the land, sow, plant and build a residential neighborhood. In line with this view, the Rashbam interprets the verse: “And Yitzchak went out walking in the field” (Bereishit 24:63) as “Yitzchak went out to plant useful vegetation and trees and to check the work of his employees.” But Yitzchak did more than work the land; building a neighborhood involves building infrastructure and residential buildings, creating jobs and doing everything necessary to produce a high quality of life.

But there is another explanation for the word “שְׁכֹן” which is equally significant. “שְׁכֹן” also derives from the word שְׁכִינָה, “G-d’s presence.” According to this approach, Hashem is commanding Yitzchak to establish the Shechinah in the Land of Israel. With this explanation, the Midrash emphasizes that physically building a neighborhood – planting, sowing, and developing the Land of Israel – is very important, but it is not enough. Yitzchak must also build up the spiritual character of the land and entrench Hashem’s presence there through a life dedicated to holiness and the service of G-d.

Avraham and Ya’akov spent much of their lives struggling courageously to return to the Land of Israel. In our own generation, thousands of Jews around the world seek to follow in their holy footsteps and, despite the significant challenges involved, make Aliyah to Eretz Yisrael. We stand in awe of their accomplishments!

But reaching the Land of Israel is only the beginning of our mission. The people of Israel must also follow in the footsteps of Yitzchak Avinu. We must build “neighborhoods,” by physically building up the land and economy of our great nation. And we must also cause the Shechinah, G-d’s presence, to dwell in the land, by building a holy and just society.

World Mizrachi is dedicated to helping the Jewish people follow in the path of our forefathers, both encouraging aliyah in the way of Avraham and Yaakov, and by building up of the land of Israel, physically and spiritually, in the way of Yitzchak. This is the mission of Religious Zionism!