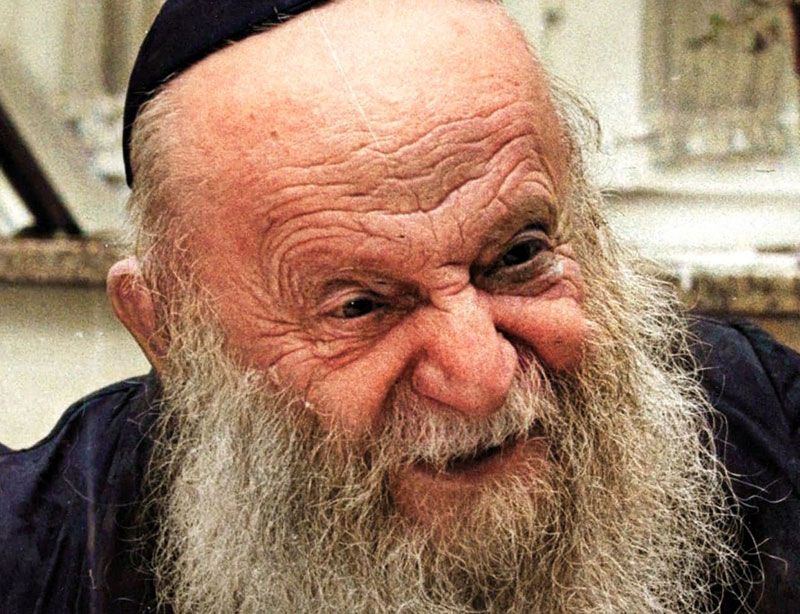 Step by Step on the Way to Redemption

In 1952, Rabbi Tzvi Yehudah became the Rosh Yeshiva of the Merkaz Harav Yeshivah, where he served for thirty years until his passing. Many of his students, including Rabbis Chanan Porat, Shlomo Aviner, Tzvi Tau, Moshe Levinger and Chaim Druckman, became the leading Religious Zionist rabbis of the next generation. Following the Six-Day War, Rabbi Tzvi Yehudah initiated the Gush Emunim movement, through which many of his students would establish Jewish settlements in Judea, Samaria, the Gaza Strip and the Golan Heights.

Rabbi Tzvi Yehudah passed away forty years ago, on Purim 5742 (March 9, 1982). The following passage is excerpted and translated from his essay “הַמְּדִינָה כְּהִתְקַיְּמוּת חֲזוֹן הַגְּאֻלָּה,” “The State as a the Fulfillment of the Vision of Redemption” (L’Netivot Yisrael, 198).

The redemption of Israel, says the Jerusalem Talmud, accelerates “קימעא קימעא,” little by little. The Talmud’s description corresponds to the way the redemption is described in the Torah and by the prophets, as well as in the works of the greatest medieval and early modern rabbis. The repentance that accompanies the redemption will proceed in this way, as will the practical process itself.

In the Purim story, the process of redemption occurs gradually. First Mordechai sat at the king’s gate, then Haman was forced to publicly honor Mordechai, then Mordechai emerged in royal dress from a successful audience with the king, and finally the Jews experienced the light and joy of salvation. In the case of the Purim story, the gradual nature of the redemption was embedded in relative lowliness. For Purim was not a true and absolute redemption in which exile ends with an exodus and complete liberation but rather a redemption within the exile, a salvation from its sufferings, even as the exile itself endures and we continue to linger in the Diaspora. Purim is a story of liberation amid captivity, in which we remain, in the Talmudic turn of phrase, “servants of Achashverosh” (Megillah 14a).

This true redemption is one that steadily puts an end to the scattered and sundered (מפוזר ומפורד) state of our nation, of dwelling in the lands of our enemies. It is a redemption that restores our people to its original glory as a united nation in our land, a land designated and belonging to us, a land befitting our nation’s eternity and historicity. It is a redemption that returns us to the land of our inheritance from the borders of foreign lands. This true redemption brings realization to the Torah and reestablishes the Divine Presence through the return and reestablishment of our people in our land, in contrast to the great debasement of the Torah and the terrible exile of the Divine Presence that were associated with our exile. This redemption reestablishes and renews our lives with the full glory of its truth, with the benevolence of Hashem and the light of His precepts, and with the renewed strength that comes with settling and inheriting the land.

Living in the land is a precondition for observance of the entire Torah, and “equivalent to all of the mitzvot in the Torah” (Sifrei, Re’eh). Indeed, the imperative “that we not leave [the land] in the hands of any other nation or to lie in waste” is the fourth affirmative mitzvah that Ramban, the great father of Israel, adds to those enumerated by Rambam: “The mitzvah that the Sages went to great lengths to emphasize, namely, living in the Land of Israel – to the point that they said that if a person leaves it and resides outside the land, you should view him as an idolator, as it is said: For they drove me out today from abiding in the inheritance of Hashem, saying, ‘Go serve other gods,’ besides other great lengths to which they went in their remarks about it – all stems from an affirmative mitzvah with which we were charged to inherit the land and to dwell in it. It thus is an affirmative mitzvah for all generations, mandatory upon every individual among us, even in time of exile, as is known from many places in the Talmud, and they said: ‘settlement of the Land of Israel is equivalent to all the mitzvot.’”

Therefore the true redemption is revealed through the settling of the land, the establishment of our people in it and the ingathering of the exiles. “Put forth your branches,” says Yechezkel (36:8) to the mountains of Israel, “Bear your fruits for My people Israel, for soon will they arrive,” for the settlement of the land shall be renewed, the exiled captives shall be gathered within it, and Israel shall be restored in its land. The true redemption transpires at the height of the land’s material growth, when we inherit the land, when it is in our hands and not left waste in the hands of any other nation, when our government rules over it, and when our communal essence is joined with its holiness… In this way, through our control, the act of redemption is performed and the prophecy of the land fulfilled within it. Our nation’s mesirut nefesh (self-sacrifice) to sanctify G-d’s name, and the miracles and wondrous mighty acts that emanate from it, further adds to magnificent power and glory of the redemption.

“For our forerunners, who laid down their lives to sanctify G-d’s name, miracles happened” (Berachot 20a).

“For G-d shall save Zion and rebuild the cities of Judah, and they shall dwell therein and possess it. The seed of His servants shall inherit it, and those who love His name shall inhabit it” (Tehillim 69:36–37).

On Yom HaAtzmaut of 1967, about three weeks before the outbreak of the Six-Day War, Rabbi Tzvi Yehudah delivered a sermon at the Merkaz Harav Yeshivah that would later be seen as a prophetic vision heralding the great victory that lay ahead. He recalled his feelings on November 29, 1947, the day the United Nations General Assembly decided to end the British mandate in Palestine and to establish two independent states in the Land of Israel – a Jewish state and an Arab state:

“Nineteen years ago, on that famous night when the rulers of the nations voted to establish the State of Israel, when the entire nation was eager to celebrate its joy, I could not go out and join the celebration. I sat alone and red-eyed because I was burdened with my sorrow. In those early hours, I could not accept what was happening, the same terrible news, that indeed the word of G-d was fulfilled through the words of our prophets, “And my land was divided”! Where is our Chevron – did we forget it?! And where is our Shechem – did we forget it?! And where is our Jericho – are we forgetting it?! And where is our Jordan? Where is each single piece? Every part of the four cubits of the land of G-d?! Did we want to give up a millimeter of them? G-d forbid! G-d forbid!”

Less than a month later, all of these holy places were once again in Jewish hands.