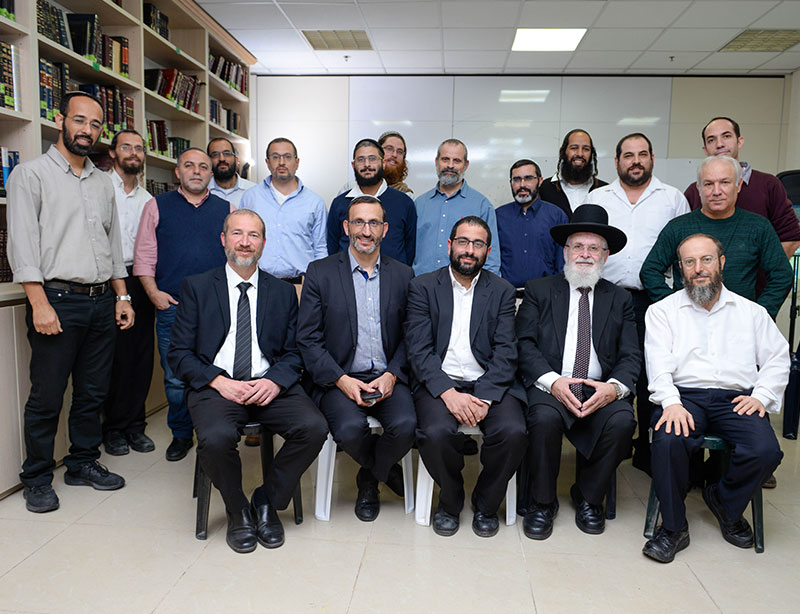 In May 2021, Israelis and Jews around the world were shocked as violent mobs attacked Jews in Akko, Lod, Ramla and other cities with “mixed” Jewish and Arab populations in Israel. This drew attention to the challenges that these communities face on a regular basis; World Mizrachi and RZA–Mizrachi USA leaders came to visit these communities in person to better understand their challenges and needs. Over the years, many Jews have moved away from mixed cities to more affluent parts of the country, a population flight that has severely damaged the religious infrastructure of these communities. In response, Mizrachi formed the Israel Community Fund to raise money for embattled communities, and we at the World Organization of Orthodox Synagogues and Communities joined the project to partner in helping to direct resources to the appropriate projects.

On a visit to Akko in July 2021, Mizrachi Rabbis Doron Perez and Ari Rockoff met with Rabbi Yosef Yashar, Chief Rabbi of Akko, and members of the local Garin Torani, to learn about the community’s challenges. What they heard was deeply troubling. With so many Jews moving out of the area, those left behind feel like an embattled minority. Akko also suffers from an acute lack of religious leadership; despite being a traditional Jewish community with many shuls, there are very few rabbis living in the area. The Jewish residents of Akko feel that they have been neglected by Israeli society, and are rapidly losing their place in the city.

Something had to be done, and so Mizrachi and the World Organization of Orthodox Synagogues and Communities resolved to act. The fundamental principle guiding our work in Akko is that to strengthen a Jewish community, you must strengthen its rabbinic leadership. Rabbis who are empowered through training and support can become crucial anchors for the community, giving residents a sense of belonging and community that will encourage them to remain. Rabbis can also attract new families to the area and infuse the community with strength and vitality.

With this in mind, we partnered with an organization called Aseh Lecha Rav, led by Mrs. Adi Samson, which trains rabbis in Israel. Together, we identified and trained twelve rabbinic couples who have since moved to Akko to serve in communal roles there. At the same time, we provided the rabbinic couples with a rigorous training program focused on public speaking, counseling and mediation, to give them the tools they need to be successful leaders in a challenging community.

In the few months since the program was launched in October 2021, the rabbinic couples have already succeeded in bringing a new spirit and energy to Akko’s Jewish community. We are excited to continue partnering with communities around the world to support our work in Akko (interested communities should reach out to RZA–Mizrachi USA). As the verse says “Let us strengthen ourselves for the sake of our people, and for the cities of Hashem!” (Shmuel II 10:12)

Rabbi Shmuel Slotki is the Director of the World Organization of Orthodox Synagogues and Communities.