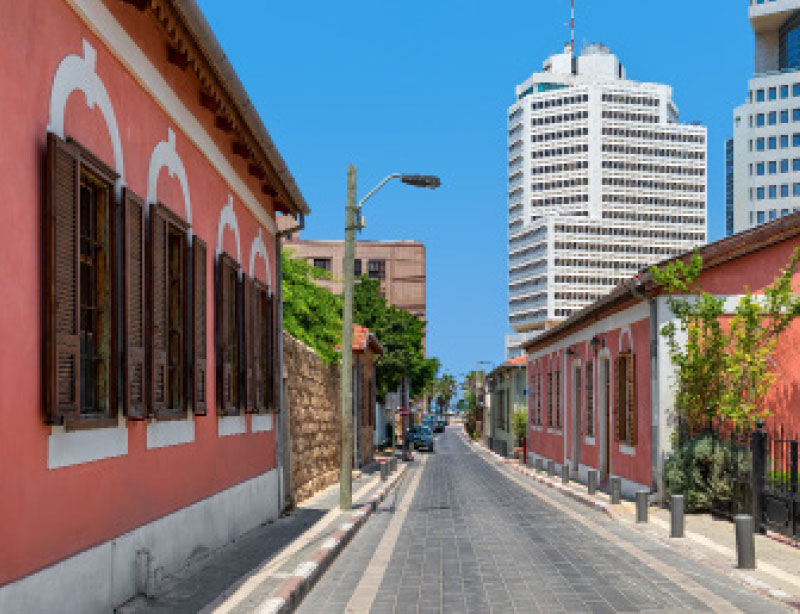 The Chassid Who Built Neveh Tzedek

Commemorating 100 years since the passing of Shimon Rokach

We’re all familiar with the neighborhood of Neveh Tzedek on the border of Tel Aviv. In 1887, it became the first Jewish neighborhood founded outside Yafo (Jaffa). The neighborhood and those built in its wake marked the beginning of the emergence from the walls of Yafo and expansion of Jewish settlement in the area, and the construction of Tel Aviv was an extension of this first neighborhood. Among scholars, Neveh Tzedek is widely viewed as the wellspring of Jewish Tel Aviv.

But while Neveh Tzedek is well known to Israelis, Shimon Rokach, the extraordinary Chassidic founder of the neighborhood, the “grandfather of Tel Aviv,” is unfortunately unknown and forgotten. In commemoration of his 100th yahrzeit, this article is dedicated to Rokach’s life of unending service to the Jewish people.

Shimon Rokach was born to a Chassidic family in the Old Yishuv of Jerusalem. His grandfather Yosef Rokach was an influential member of the Sadigura community. In 1840, before coming to the Land of Israel, he went to bid farewell to the Sadigura rebbe, and there met his fellow Chassid and friend Yisrael Beck, the man who founded the Jewish community of Mount Meron (the Jarmak), brought Hebrew printing to the Land of Israel, and was among the builders of Jerusalem. Yisrael Beck took a liking to Yosef’s son, Yitzchak, whom he chose as a groom for his daughter. The tena’im were signed at the table of the Sadigura rebbe, as is the Chassidic practice.

In 1863, Yitzchak Rokach’s eldest son Shimon was born. At the age of 13, he commenced three years of studies at Yeshivat Etz Chayim, the leading educational institution in Jerusalem, and his studies bore fruit. Subsequently, he dedicated himself to study in a room that his father set aside for the purpose in his home. During this period, he dedicated himself mainly to the study of the Tanach, the vast majority of which he committed to memory.

After Shimon’s marriage, his father obtained a lease of the Yafo–Jerusalem travel tax. Shimon was sent to settle in Yafo to supervise the business, and it is at this point that his public works begin.

At that time Yafo was quite small, consisting mostly of the narrow, dark streets of the Old City. The mainly Sephardi Jewish community possessed limited means and had neither leadership nor benevolent organizations. Rokach energetically set about organizing the scattered flock, establishing a small association of thirty individuals called Bnei Tziyon, which ran a charitable fund for the poor. The members of the association would gather for friendly discussions over a cup of tea, and their bond strengthened accordingly.

A year later, assisted by his brother Elazar, Shimon Rokach founded a large association named Ezrat Yisrael, which provided assistance to new immigrants, who generally entered the land through the port of Yafo. As director of Ezrat Yisrael, Rokach purchased a building and laid the groundwork for the first public hospital in Yafo, with the burden of expenses resting on his shoulders.

In 1887, Rokach became the leader of a new and revolutionary project: the establishment of a new Jewish neighborhood outside the walls of Yafo. The Jews of Yafo had never before dared to leave the security of their homes in the Old City to settle the sands of the Mediterranean. Shimon Rokach, however, was not one to shrink in the face of obstacles. Together with his friends, Rokach hauled away a hundred baskets of sand a day to flatten the ground for construction. He secured money for building the houses, obtained a construction loan for the first ten homes, and construction began. Thus was founded Neveh Tzedek, the first Jewish neighborhood in Yafo and the foundation for the construction of Tel Aviv.

To his dying day, Shimon Rokach remained a patron of Neveh Tzedek. Such was his love for the neighborhood that he never agreed to move to any other place, though he had ample enough means to easily construct grand palaces in Tel Aviv. He arranged a personal minyan which was always conducted in nusach sefard, following the Chassidic practice. 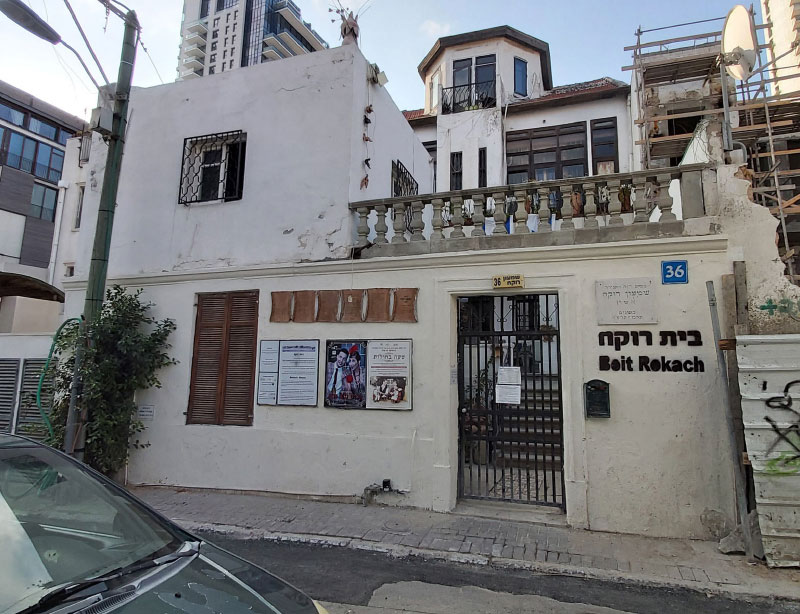 In 1923, one year after Rokach’s passing, his friends and admirers published a captivating volume in his honor, entitled Tziyyun le-Nishmat Shimon Rokach. One of the accounts in the book recalls that: “If Rav Kook bound his destiny for all time to our land, for this we must thank Shimon Rokach, who was among the first (together with Yechiel Michael Pines) to urge the Yafo community to bring him from Russia and install him as rabbi of Yafo. Although the entry ban was at the time enforced to the fullest extent of the law and government functionaries looked askance at any Jew arriving from abroad, Rokach successfully influenced the government itself to participate in the welcome arranged for Rav Kook and to send cavalry to ride ahead of the rabbi’s vehicle” (p.17).

Also published in the book was a memorial essay by Rav Kook himself, who as the rabbi of Yafo worked together with Rokach. “If we had numerous forces of this type,” wrote Rav Kook of Rokach’s uncommon character as a public leader, “I believe we would find the strength to steer the ship of renewed settlement to calm and safe harbor. As for now, we regret that such vision remains rare among us.”

His colleague, Sephardi Chief Rabbi Ya’akov Meir, related: “I remember when the departed was able to celebrate the first house he erected in Neveh Tzedek, having been the first to plunge the stake into that hill of sand, in the desolation of the wilderness – which he removed – and a stake for all the surrounding neighborhoods. How happy he was, and how he laughed with joy! When I asked him, “My friend Shimon, what is the meaning of this laughter?”, he answered with radiant, beaming countenance: “How could I not laugh and be happy, having been privileged to add another settlement to a desolate land, despite our opponents who strove with all their power to impede my way?” The departed then prophesied: “Now I look ahead, and it is not far off: around this settlement of ours there now will multiply new settlements and neighborhoods, and we will be able to establish for ourselves a purely Jewish center,” and his good heart saw correctly, for is not Tel Aviv the scion of Neveh Tzedek? Who knows, if there had been no Neveh Tzedek, whether we would have even Tel Aviv and its suburbs?” (p. 28).

Shimon Rokach passed away one hundred years ago, on 12 Shevat 5682 (February 1922), while convalescing in Vienna. His body was transferred to the Land of Israel, arriving in Yafo on 10 Adar. At the mass funeral conducted in his honor were attendees from the Old and the New Yishuv, young and old, and not a few Muslims and Christians, who greatly admired him.

Among those delivering eulogies was Rav Kook: “The central characteristics of the departed were – (first,) the desire for our public life to be adorned with the flavor of Judaism. He had an unbridled hatred for looseness and intemperance in public life in particular. Second, the approach that he set as a personal goal: to engage greatly in action, but not in bombast that is like flowers that never yield fruit. Third, he was well acquainted with the character of those living outside the Israelite camp and was able to coexist on peaceable terms with the neighbors, and thus to heighten the honor of Israel in the land.”

Rokach House stands to this day in Tel Aviv, housing a museum dedicated to the memory of Shimon Rokach. Unfortunately, the museum does not give expression to Rokach’s deep faith and commitment to Chassidut. This responsibility falls to us, the religious public. We must lionize the memory of those who purely and sacredly built up the Jewish presence in our country, and continue their important work.

Moshe Nachmani is a writer for Olam Katan specializing in Religious Zionist history.