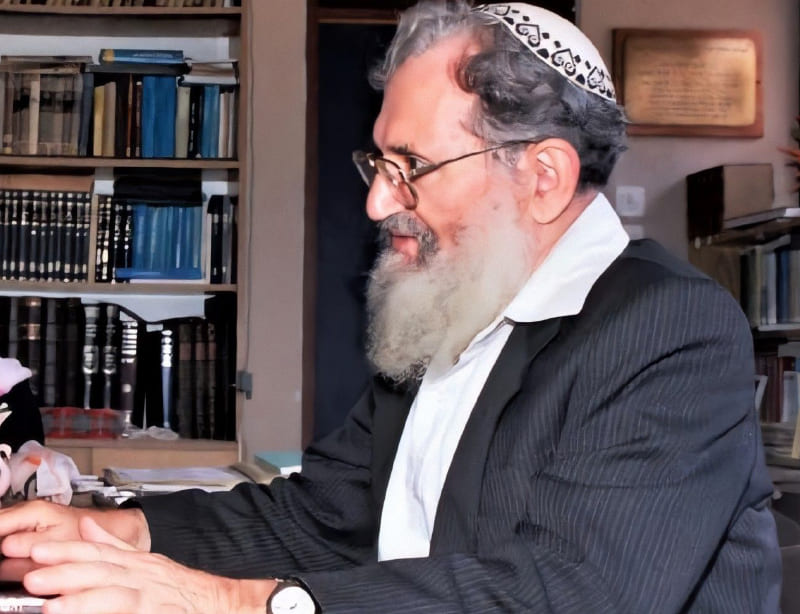 When I started searching for the origins of the kippah srugah, I contacted some of the original students of Yeshivat Kfar HaRoeh, one of the early Religious Zionist yeshivot. One alumnus told me the kippah srugah was born when the girlfriend of a yeshiva student crocheted a knitted kippah for him. This kippah then became trendy, with more and more girls crocheting kippot for the guys in the yeshiva until it eventually became mainstream.

When I published this account in an article, a woman named Liat Erental reached to put me in touch with her grandparents, Pninah and Ovadiah Chen-Tzion. They are both in their nineties and live in Givat Shmuel – and they are the original girlfriend and boyfriend!

Ovadiah Chen-Tzion was born in Tel Aviv and studied at Yeshivat Kfar HaRoeh in 1944. As a Religious Zionist in Mandatory Palestine, he played a role in building the nascent Jewish state. “A group of students from Kfar HaRoeh formed a garin, a nucleus of people who would set up new Jewish communities. In 1945, I was part of the group that formed an agricultural Kibbutz called Biria in the Galil. Following that, we went to the Gush Etzion region to set up the Kibbutz of Ein Tzurim. After Gush Etzion fell in the War of Independence, we set up the yishuv of Ein Tzurim in the Judean hills.” (Editor’s note: When Israel reconquered Gush Etzion in 1967, Ein Tzurim was re-established there.)

Pninah is also originally from Tel Aviv, and she tells us the story of the first kippah srugah. “It all began in the Bnei Akiva branch in Tel Aviv, where some of the madrichot would regularly embroider clothes together. I was one of the knitters, and some of us tried crocheting kippot, one of which I gave to Ovadiah. The original design had a pom-pom on top – needless to say, that design did not take off!”

Pninah and Ovadiah got married in 1950 and recently celebrated their 71st wedding anniversary together with their three children and many grandchildren. Rabbi Moshe Tzvi Neria and Rabbi Shaul Yisraeli, two of the leading figures of Religious Zionism, were the rabbis who officiated at their chuppah. 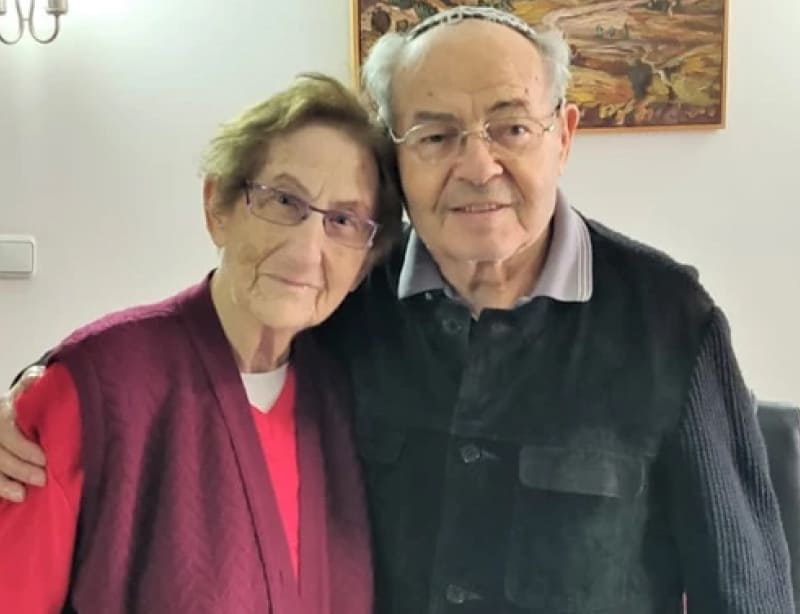 In those early years of the state, the country was different from the Israel we know today, including its dress norms. “The fashion was that in the cities men wore berets, and in the Kibbutzim men wore flat caps,” Ovadiah remembers.

In 1956, Ovadiah worked for the Youth Aliyah Department of Bnei Akiva. Pninah knitted a kippah for him, this time a large one, and without the pompom! This new kippah started to become popular among religious men, and more women began crocheting kippot.

Ovadiah recalls when kippah srugah went from the fringes to the mainstream due to one of the leading Religious Zionists of the time, Rabbi Neria. “One day, I was at the Bnei Akiva building in Tel Aviv, and Rabbi Neria, the Rosh Yeshiva of Yeshivat Kfar HaRoeh, came in. He saw my knitted kippah and asked if Pninah could make one for him too. Pninah agreed, and Rabbi Neria replaced the black kippah he had worn with the knitted kippah Pninah made for him. After that, all of the Religious Zionist youth started to wear the knitted kippah. Rabbi Neria is often called ‘the father of the kippah srugah generation,’ and this is true not only in the ideological sense but in practical terms too.”

In this way, the trend was born, and from humble origins, the kippah srugah has grown to become the symbol of a movement.

Haggai Huberman is an Israeli journalist and author, and the editor of Matzav HaRuach.