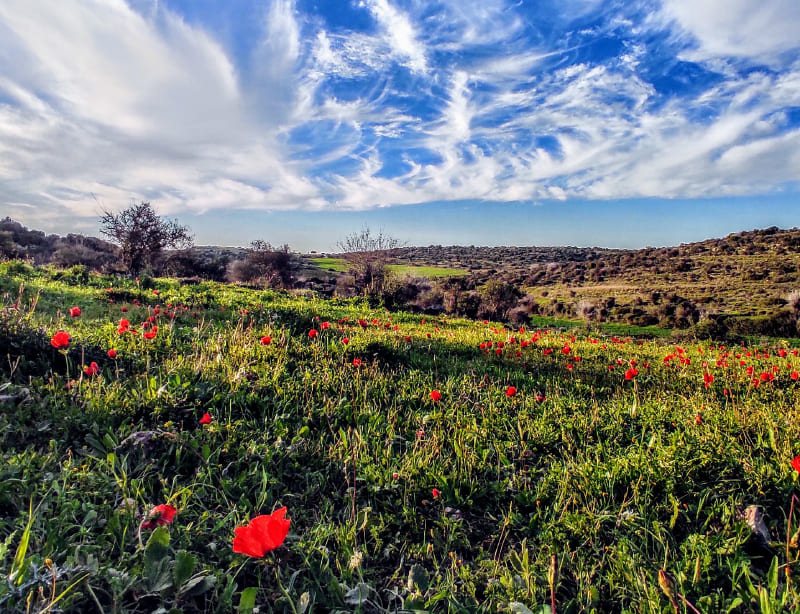 The Land that “Eats” its Inhabitants

As a child, the Seer of Lublin, Rabbi Ya’akov Yitzchak Horowitz, used to go into the forests to daven. When his father asked him why this was necessary, he answered, “I go to find G-d.” “But my son,” said his father, “G-d is the same everywhere.” “He is,” responded the boy, “but I am not.”

And neither are we.

The very first thing Hashem ever said to Avraham Avinu was, “Go forth from your native land… to the land that I will show you.” From this point on, every promise Hashem makes to the forefathers includes the guarantee of Eretz Yisrael. In fact, throughout the Torah, the goal is clear – Am Yisrael is destined to be in Eretz Yisrael. As Rabbi Yehudah HaLevi writes in the Kuzari, the Jewish people in the Land of Israel are like a vineyard planted in the perfect mountain soil. Grapes can grow in many places, but only in certain environments can they reach their greatest potential. The same is true of Am Yisrael. Only through living in and connecting to Eretz Yisrael can we fully develop our promise.

When Am Yisrael reached the borders of the Land for the first time, they sent spies to gather information about the Holy Land. Tragically, the spies allowed their fears to overwhelm them and their negative report tainted the Jewish people’s view of this Holy Land.

Where did the spies go wrong? They saw the people of Canaan attending many funerals and mistakenly concluded the Land was an אֶרֶץ אֹכֶלֶת יוֹשְׁבֶיהָ הִוא, “a land that consumes its inhabitants,” draining them of their life force (Bemidbar 13:32). Rashi explains that Hashem caused these deaths so that the Canaanites would be preoccupied with burying their loved ones and wouldn’t pay attention to the spies. But instead of appreciating Hashem’s kindness, the spies came to the opposite conclusion, that Hashem had brought His people to a land that would destroy them.

Although the spies were terribly wrong, their report contained some truth. Rabbi Shimon Bar Yochai teaches that Hashem gave the Jewish People three gifts: The Land of Israel, the Torah, and the World to Come – but that all three can only be acquired through suffering (Berachot 5a). Anyone who has made Aliyah can attest to the truth of this statement. To build a new life in Israel, new olim must not only navigate complicated paperwork and frustrating bureaucracy but also conquer their fears and anxieties. But this “suffering” benefits us in the long run, for it is human nature only to appreciate what we work hard to acquire. If something comes too easily, we don’t value it.

Is the Land of Israel the ideal place to reach our potential or the “Land that eats its inhabitants”?

Rebbe Nachman interprets the spies’ statement in a startlingly original way, empowering us to integrate these seemingly opposite perceptions. He explains that when we eat food, it becomes a part of us. The food itself is transformed and elevated, remade as cells of our bodies.

The same is true of Eretz Yisrael and the Jewish people. When we describe Eretz Yisrael as “a land that consumes its inhabitants,” it means that when we enter Eretz Yisrael, we become one with the land. We are elevated and permeated by the essence of Eretz Yisrael until we are transformed into the same holy substance. Yes, living in Eretz Yisrael challenges us, but it doesn’t drain us of life; it nourishes us and elevates us through the most profound connection.

This connection enables us to cultivate a level of faith that we cannot otherwise reach. שְׁכָן אֶרֶץ וּרְעֵה אֱמוּנָה, “dwelling in the land nourishes faith” (Tehillim 37:3). Faith gives us the energy and courage to keep going. Every minute we spend in Eretz Yisrael pushes us beyond our previous limits, growing our capacity for connection and empowering us to explore our potential.

May we find the courage to embrace the challenge of Eretz Yisrael and be transformed by the Holy Land!

Shoshana Judelman teaches Chassidut for Shiviti Women’s Institute in Jerusalem and in the Shirat David Community in Efrat, and guides at Yad Vashem. Shoshana holds a BA in History and an MA in Jewish History. She lived around the world, including in New Jersey, Western Australia and Pennsylvania before settling in Israel in 2013.