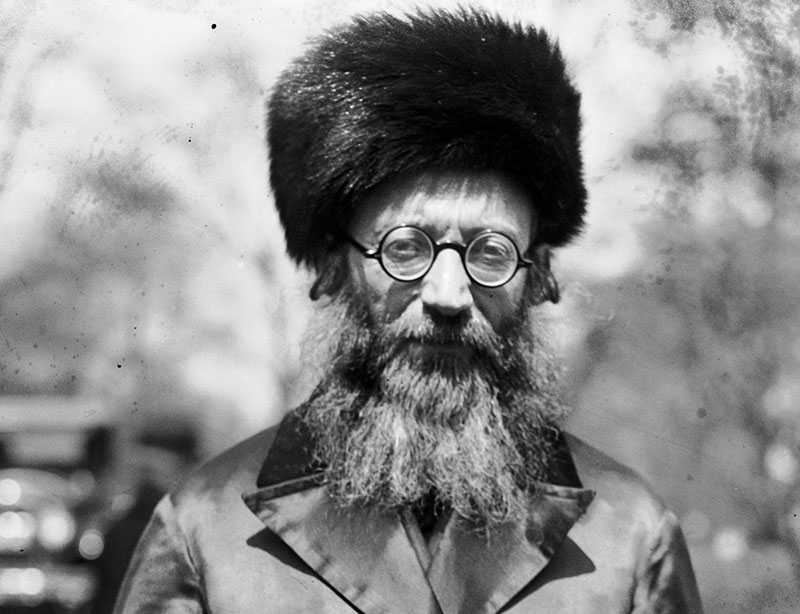 The Next Stage of Revelation: Rav Kook and Chassidic Thought

Despite the shtreimel that he regularly wore atop his head, Rabbi Avraham Yitzchak HaKohen Kook did not come from exclusively Chassidic stock. His father was a Lithuanian Jew, and both Rav Kook and his father studied at the great yeshivah in Volozhin. His mother’s family, however, were adherents of the Kopust branch of Chabad Chassidut, a group that broke away from the main Chabad movement in 1866. Despite their different backgrounds, Rav Kook’s parents were respectful of each other’s traditions, and both sides of his family would play an important role in his upbringing.

Growing up, Rav Kook’s yarmulke was sewn with a button and some threads from the Tzemach Tzedek’s (the third Chabad Rebbe) kapote. His father would often bring him to the Kopust shul in Greiva built by his maternal grandfather to imbibe the Chassidic seudah shlishit atmosphere and to hear the teachings of Rabbi Yechezkel Yanover, a Kopust Chabad teacher. The powerful spiritual yearning of the Chassidim for revelations of Elokut (G-dliness) and their pain over the exile of the Shechinah (G-d’s Presence in this world) made a deep impact on the young Avraham Yitzchak.1

Rav Kook’s parents would jokingly bicker over their precocious son’s future, with his father saying “he’ll be a Rav” and his mother countering, “he’ll be a Rebbe!”2 Ultimately, both of his parents’ hopes would be realized. During the week, Rav Kook acted as a Rav, while on Shabbat, wherever he lived – from Zaumel and Boisk to Jaffa, London, and Jerusalem – he always conducted seudah shlishit in the Chassidic style.3

Throughout his life, Rav Kook was immersed in Chassidic literature. While living in Jaffa, he kept a copy of Rebbe Nosson of Breslov’s Likutei Tefillot4 by his makom (his regular seat) in the shul, and the Gerrer Rebbe’s Sfat Emet could always be found on his shtender (lectern) on Shabbat, even when he traveled to America.5 Although Rav Kook did not include sources in his journals, his commentary on Aggadot Rabbah bar bar Chana6 include many quotations from the writings of Rabbi Shneur Zalman of Liadi, the founder of Chabad Chassidut.7 Rabbi Shimon Glitzenstein, Rav Kook’s private secretary, describes how he once entered Rav Kook’s room and found him running from one end of the room to the other in great excitement, like a young boy, holding a copy of Rabbi Shneur Zalman’s Likutei Torah on Shir HaShirim clenched in his hands. He said, “In every line of these ma’amarim you can see revealed ruach hakodesh!”

Rav Kook’s philosophy, though not explicitly “Chassidic,” drew inspiration from Chassidic thought. Writing in HaTzofeh, the Mizrachi newspaper founded by Rabbi Meir Bar-Ilan, Rabbi Hillel Zeitlin wrote: “The words of the Arizal are sublime and abstract. The Ba’al Shem Tov came to bring them down to mankind, to the G-dly soul within man. Chabad came and brought it down to man’s psyche, his psychology and the depths of the human condition. Rav Kook came, and revealed how the soul of the masses worked, the events, dangers, its descents and ascents, its purification and redemption…  If I had the time, I would demonstrate how Rav Kook’s thought is based in the writings of Chabad, the Kedushat Levi, Rabbi Tzadok HaKohen, the Rebbes of Ihzbitz, and especially Rebbe Nachman, the Seer of Breslov.”8

In a letter concerning the revival of Klal Yisrael,9 he wrote that nowadays it is “very good [to see] so many discussions between the students of the Vilna Gaon and the students of the Ba’al Shem Tov, in place of the great conflicts of earlier generations.”10 The darkness of exile caused a rupture within the Torah itself, a brokenness that Rav Kook hoped to repair by bringing these two schools of thought together into one, unified whole. Just as the nation is reviving itself and physically returning to life, so too must the Torah itself be revived, its debates assuaged and its controversies resolved.11

Rabbi David Cohen, known as “the Nazir,” visited Rav Kook in Chevron in the summer of 1922. Seeing a copy of the Ba’al HaTanya’s Likutei Torah on the table, he sat down and learned some selections. Afterwards, he mentioned that the teachings were similar to those which Rav Kook would often share during seudah shlishit. Rav Kook responded, “Yes, this is correct, but we also must distinguish between the individual man’s relationship with Hashem and Klal Yisrael’s relationship with Hashem. We are building the entire nation!”

Rav Kook’s hope of expanding Chassidic thought to address the nation’s relationship with Hashem would unfold in the story of the Admor HaChalutz, the Chassidic Zionist pioneer, Rabbi Yeshayahu Shapira. The brother of the martyred Rebbe of Piacetzna, Rabbi Kalonimous Kalman Shapira hy”d, often known by his sefer, the Aish Kodesh, Rabbi Yeshayahu was a scion of Rabbi Elimelech of Lizensk, the Maor Vashemesh, and the courts of Koznitz, and Grodzisk. Settling in Eretz Yisrael in 1920, he left behind the glory of leading a great Chassidic court in order to physically help build up the Land. As the head of the Immigration and Labor Department of the Mizrachi Center in Jerusalem, he organized a group of 120 religious workers to build the Rosh Pinah-Tabgha road and another 50 workers, including himself, to clean Solomon’s Pool near Jerusalem. While in Israel, he met Rav Kook and became part of his circle. He was ultimately given access to Rav Kook’s journals and used them to compile the sefer Eretz Chafetz, which combined Rav Kook’s teachings on Eretz Yisrael together with his insights from his own life.

What attracted a prince of the world of Chassidut to the circle of Rav Kook? Perhaps he saw, as Rav Kook did, that the time had come for the next stage in the revelation of Torah; that it was time, finally, for the secrets of Torah concerning the destiny of our people to be revealed!

Rabbi Reuven Boshnack is the Director of OU-JLIC at Brooklyn College and a licensed Mental Health Counselor. He is the author of several books, including The Sefas Emes Project, a collection of shiurim on the parasha through the lens of the Sfas Emet, Avodas Yehuda: Insights from the Maharal, and Pathways to the Heart, a collection of shiurim on the parasha from the Rabbis of the Izhbitz dynasty.