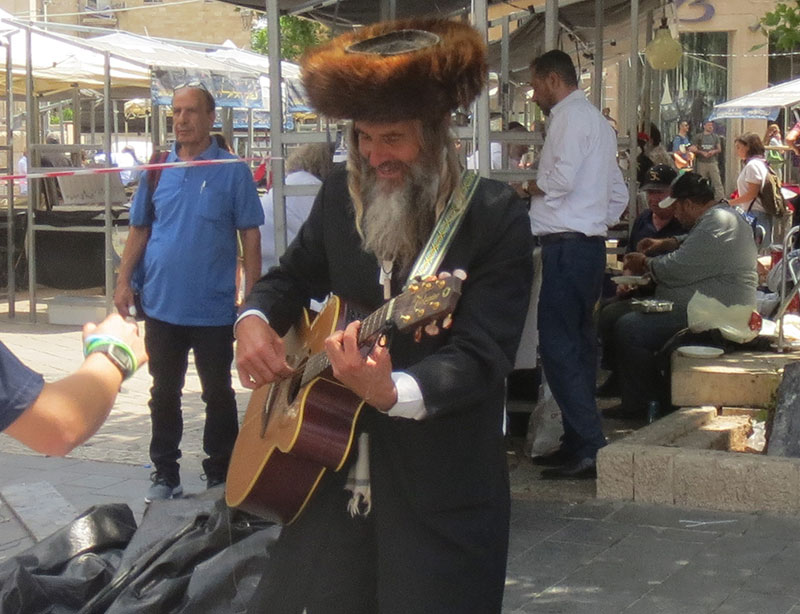 In truth, there is no moment without a niggun (tune), just as there is no niggun that does not have its moment.

There is a niggun of midnight, when the northern wind blows.

There is a niggun which is itself repentance; you sing it and something begins to move, to awaken.

You play it and begin to soar. You are no longer who you were before the niggun.

There is a story of a boy who studied among gentiles, who was almost fully assimilated. At his school the students wore a uniform with a symbol of the cross. One day another student whispered to him: “I know you are a Jew. So am I. You should know: we can’t remove the cross from our shirts for it will cause animosity with the gentiles, but wearing a cross on our shirts is not the way of our faith. What can we do? There is a great Rabbi across the ocean, the Rabbi of the Chabad Chassidim. Jews all over the world send him letters with questions, and so did we, and he answered us. He told us to sew a small seam on the cross which the other students would not notice, but which would change the symbol of the cross. If you want, you can come to my house and my mother will sew the little seam on your shirt.”

The boy, though he had never heard of Chassidim or Rebbes, went to the other boy’s home. As his mother sewed the seam, she asked him if he had ever heard a Chassidic niggun. He shook his head. She went to the turntable and played a new record of Chabad niggunim.

The two boys became friends, and they would sit and listen to the niggunim over and over, until the boy became a new person. He went home and said to his parents: “Beginning today I am a Ba’al Teshuva!” He changed his clothes, the food he ate and began to study. He became a Ba’al Teshuva and made Aliyah to the Holy Land.

And if you will tell me: this never happened…

It happened. I married his daughter, my children are his grandchildren. And in every place where there is a Chassidic niggun, you will find him there.

There are Chassidic niggunim that you hear, and you are no longer the same person you were before you heard it.

Aaron Razel is a writer, composer and artist, one of the pioneers of Israel’s Jewish music renaissance. His twelve albums include songs like HaSneh Bo’er (The Burning Bush) and Zman HaGeulah (The Time of Redemption) that have become part of the broader cultural landscape of Israel. He lives in the Nachlaot neighborhood of Jerusalem with his wife and children. This essay was originally published in Hebrew in his book HaChayim K’Niggun (Life as a Niggun).