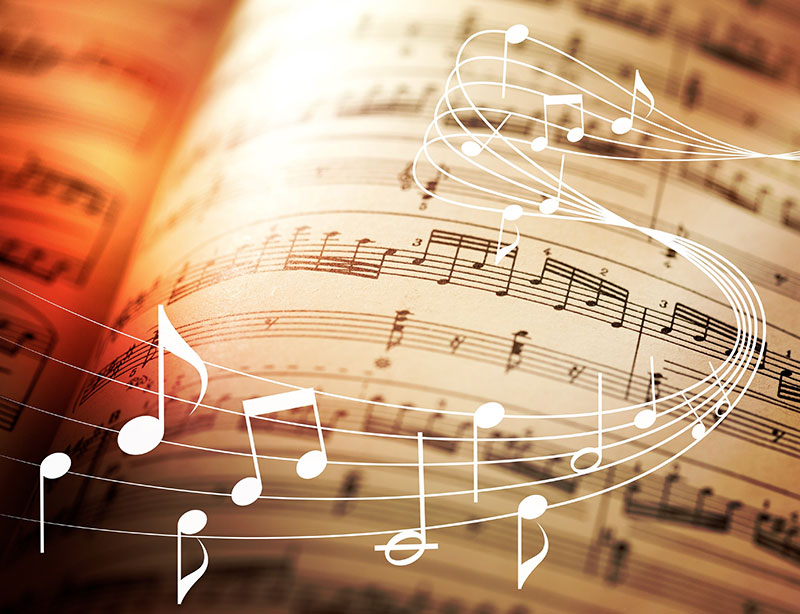 The Spirituality of Song

With Ha’azinu we climb to one of the peaks of Jewish spirituality. For a month Moses had taught the people. He had told them their history and destiny, and the laws that would make theirs a unique society of people bound in covenant with one another and with G-d. He renewed the covenant and then handed the leadership on to his successor and disciple Joshua. His final act would be blessing the people, tribe by tribe. But before that, there was one more thing he had to do. He had to sum up his prophetic message in a way the people would always remember and be inspired by. He knew that the best way of doing so is by music. So the last thing Moses did before giving the people his deathbed blessing was to teach them a song.

There is something profoundly spiritual about music. When language aspires to the transcendent, and the soul longs to break free of the gravitational pull of the earth, it modulates into song. Jewish history is not so much read as sung. The rabbis enumerated ten songs at key moments in the life of the nation. There was the song of the Israelites in Egypt (see Yeshayahu 30:29), the song at the Red Sea (Shemot 15), the song at the well (Bemidbar 21), and Ha’azinu, Moses’ song at the end of his life. Joshua sang a song (Yehoshua 10:12–13). So did Deborah (Shoftim 5), Hannah (Shmuel I 2) and David (Shmuel II 22). There was the Song of Solomon, Shir ha-Shirim, about which Rabbi Akiva said, “All songs are holy but the Song of Songs is the holy of holies.”[1] The tenth song has not yet been sung. It is the song of the Messiah.[2]

Many biblical texts speak of the power of music to restore the soul. When Saul was depressed, David would play for him and his spirit would be restored (Shmuel I 16). David himself was known as the “sweet singer of Israel” (Shmuel II 23:1). Elisha called for a harpist to play so that the prophetic spirit could rest upon him (Melachim II 3:15). The Levites sang in the Temple. Every day, in Judaism, we preface our morning prayers with Pesukei de-Zimra, the ‘Verses of Song’ with their magnificent crescendo, Psalm 150, in which instruments and the human voice combine to sing G-d’s praises.

Mystics go further and speak of the song of the universe, what Pythagoras called “the music of the spheres”. This is what Psalm 19 means when it says, “The heavens declare the glory of G-d; the skies proclaim the work of His hands… There is no speech, there are no words, where their voice is not heard. Their music[3] carries throughout the earth, their words to the end of the world.” Beneath the silence, audible only to the inner ear, creation sings to its Creator.

So, when we pray, we do not read: we sing. When we engage with sacred texts, we do not recite: we chant. Every text and every time has, in Judaism, its own specific melody. There are different tunes for Shacharit, Mincha and Maariv, the morning, afternoon and evening prayers. There are different melodies and moods for the prayers for a weekday, Shabbat, the three pilgrimage festivals, Pesach, Shavuot and Sukkot (which have much musically in common but also tunes distinctive to each), and for the Yamim Noraim, Rosh Hashanah and Yom Kippur.

There are different tunes for different texts. There is one kind of cantillation for Torah, another for the haftarah from the prophetic books, and yet another for Ketuvim, the Writings, especially the five Megillot. There is a particular chant for studying the texts of the written Torah: Mishnah and Gemara. So by music alone we can tell what kind of day it is and what kind of text is being used. Jewish texts and times are not colour-coded but music-coded. The map of holy words is written in melodies and songs.

Music has extraordinary power to evoke emotion. The Kol Nidrei prayer with which Yom Kippur begins is not really a prayer at all. It is a dry legal formula for the annulment of vows. There can be little doubt that it is its ancient, haunting melody that has given it its hold over the Jewish imagination. It is hard to hear those notes and not feel that you are in the presence of G-d on the Day of Judgment, standing in the company of Jews of all places and times as they plead with heaven for forgiveness. It is the holy of holies of the Jewish soul.[4]

Nor can you sit on Tisha B’Av reading Eichah, the book of Lamentations, with its own unique cantillation, and not feel the tears of Jews through the ages as they suffered for their faith and wept as they remembered what they had lost, the pain as fresh as it was the day the Temple was destroyed. Words without music are like a body without a soul.

Beethoven wrote over the manuscript of the third movement of his A Minor Quartet the words Neue Kraft fühlend, “Feeling new strength.” That is what music expresses and evokes. It is the language of emotion unsicklied by the pale cast of thought. That is what King David meant when he sang to G-d the words: “You turned my grief into dance; You removed my sackcloth and clothed me with joy, that my heart may sing to You and not be silent.” You feel the strength of the human spirit no terror can destroy.

In his book, Musicophilia, the late Oliver Sacks (no relative, alas) told the poignant story of Clive Wearing, an eminent musicologist who was struck by a devastating brain infection. The result was acute amnesia. He was unable to remember anything for more than a few seconds. As his wife Deborah put it, “It was as if every waking moment was the first waking moment.”

Unable to thread experiences together, he was caught in an endless present that had no connection with anything that had gone before. One day his wife found him holding a chocolate in one hand and repeatedly covering and uncovering it with the other hand, saying each time, “Look, it’s new.” “It’s the same chocolate,” she said. “No,” he replied, “Look. It’s changed.” He had no past at all.

Two things broke through his isolation. One was his love for his wife. The other was music. He could still sing, play the organ and conduct a choir with all his old skill and verve. What was it about music, Sacks asked, that enabled him, while playing or conducting, to overcome his amnesia? He suggests that when we “remember” a melody, we recall one note at a time, yet each note relates to the whole. He quotes the philosopher of music, Victor Zuckerkandl, who wrote, “Hearing a melody is hearing, having heard, and being about to hear, all at once. Every melody declares to us that the past can be there without being remembered, the future without being foreknown.” Music is a form of sensed continuity that can sometimes break through the most overpowering disconnections in our experience of time.

Faith is more like music than science.[5] Science analyses, music integrates. And as music connects note to note, so faith connects episode to episode, life to life, age to age in a timeless melody that breaks into time. G-d is the composer and librettist. We are each called on to be voices in the choir, singers of G-d’s song. Faith is the ability to hear the music beneath the noise.

So music is a signal of transcendence. The philosopher and musician Roger Scruton writes that it is “an encounter with the pure subject, released from the world of objects, and moving in obedience to the laws of freedom alone.”[6] He quotes Rilke: “Words still go softly out towards the unsayable / And music, always new, from palpitating stones / builds in useless space its godly home.”[7] The history of the Jewish spirit is written in its songs.

I once watched a teacher explaining to young children the difference between a physical possession and a spiritual one. He had them build a paper model of Jerusalem. Then (this was in the days of tape-recorders) he put on a tape with a song about Jerusalem that he taught to the class. At the end of the session he did something very dramatic. He tore up the model and shredded the tape. He asked the children, “Do we still have the model?” They replied, No. “Do we still have the song?” They replied, Yes.

We lose physical possessions, but not spiritual ones. We lost the physical Moses. But we still have the song.

[3] Kavam, literally “their line”, possibly meaning the reverberating string of a musical instrument.

[4] Beethoven came close to it in the opening notes of the sixth movement of the C Sharp Minor Quartet op. 131, his most sublime and spiritual work.

[5] I once said to the well-known atheist Richard Dawkins, in the course of a radio conversation, “Richard, religion is music, and you are tone deaf.” He replied, “Yes, it’s true, I am tone deaf, but there is no music.”