The front of the Dosa shul, after it was burned during the riots in Lod

To Be a Free Nation in Our Land: The Battle for Israel’s Mixed Cities

Route 1, the road connecting Tel Aviv, Ben Gurion Airport and Jerusalem, is one of Israel’s most traveled and familiar roads. But only five minutes off the highway, you’ll find the city of Lod – a city unfamiliar to many but crucial to Israel’s present and future.

On a hot Friday this past July, 25 American Jewish leaders participating in a RZA–Mizrachi Leadership Solidarity Mission traveled to Lod to meet the members of its Garin Torani, learn about the city’s unique challenges, and discover how they could play a part in securing Israel’s future.

In May 2021, as Hamas launched thousands of rockets at Israeli towns and cities, groups of Arabs began attacking Jewish residents in several neighborhoods throughout Lod.

Rabbi Barak Okevi, head of the Maoz pre-army Mechina in the Ramat Eshkol neighborhood, described the riots: “I was an IDF commander during the Intifada, and during the riots, Lod reminded me of the worst scenes I had seen when we operated in Jenin. Whole neighborhoods were full of Arabs throwing stones, burning cars and trash cans. There was broken glass everywhere – they broke anything that was owned by Jews. Hundreds of Arabs came to our Mechina; they smashed the doors and windows and started burning the building.” 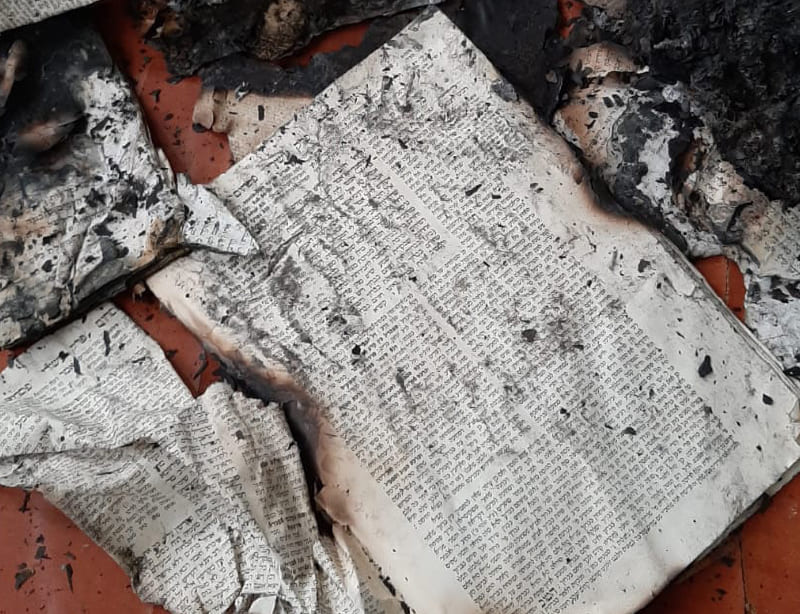 Participants in the mission walked through many damaged buildings and heard firsthand about the trauma Lod’s Jewish residents experienced during the riots.

Tahael Harris, a young mother of two, told the group how the riots became progressively more dangerous, beginning with rock-throwing and culminating in gunfire and arson. Ultimately, Tahael was forced to evacuate the city together with her children. 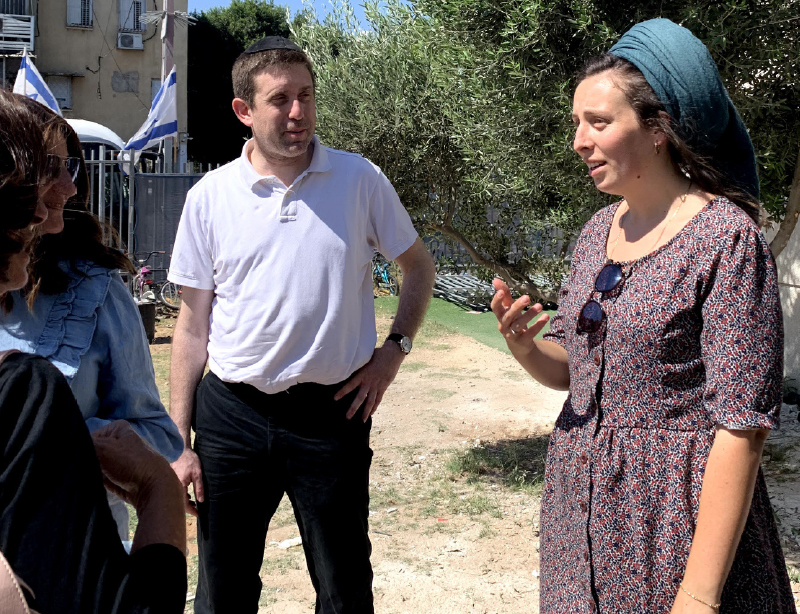 Eitan Moshe, a student at the Mechina, said that when he encountered an Arab neighbor with whom he had a warm friendship during the riots, his “friend” shouted at him, “Itbach al Yahud,” “Kill the Jews!”

Rabbi Yaakov Trump, Senior Rabbi at Young Israel of Lawrence–Cedarhurst, visited Lod with a New York Federation trip in May. “It was shocking to hear stories of Jews living normal lives in Israel who were suddenly fearing for their lives as their neighbors turned against them. Unfortunately, we are familiar with that pattern through Jewish history, but when it happened in Poland or Ukraine, we understood that was part of life in exile. Hearing about stories of formerly friendly neighbors turning against the local Jews in Israel is something we can’t ignore.”

“For many of us, we were not very attuned to the different challenges that existed in the mixed cities,” said Rabbi Axelrod. “Even many Israelis were shocked, as everything seemed to be peaceful until these pogroms broke out in the middle of central Israel. The thought that Jews might not feel safe while living in the heart of Israel is horrifying, and we wanted to make sure to bolster and strengthen these communities that were attacked. So we approached Rabbi Perez to see what we could do.”

Rabbi Axelrod explained, “We wanted to centralize the charitable efforts from shuls in America. Very often, when there is an emergency situation each organization solicits each shul individually. The goal is to have one united effort in which we partner with World Mizrachi and work with people on the ground in Israel to centralize our operation to be most effective in how we support Israel.” 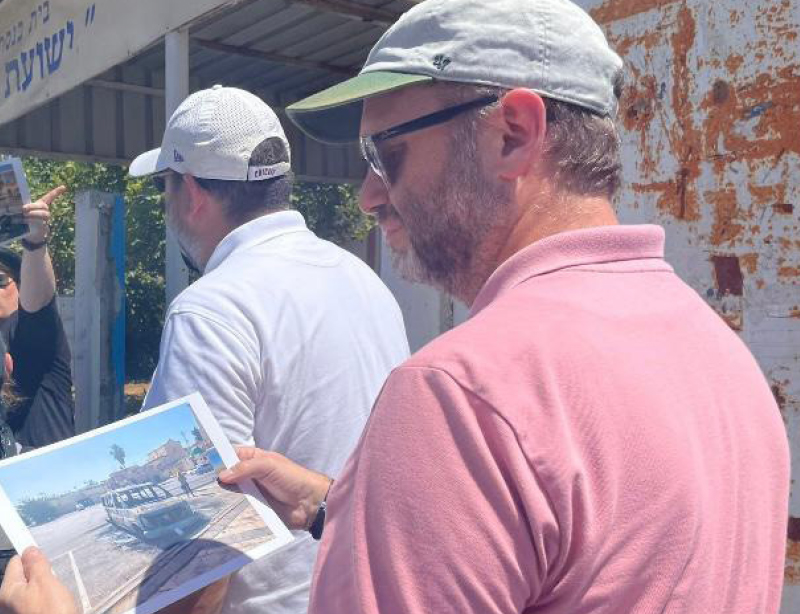 Rabbi Chaim Steinmetz of Congregation Kehilath Jeshurun, looking at photos of the destruction

Rabbi Perez visited the community of Lod to meet community leaders and identify how the ICF could best assist the community there. He explained: “In Lod, we are looking into two main projects that the ICF wants to support. Firstly, there is a Shabbat hosting program that gives members of the Garin Torani the financial support they need to host people for meals on Shabbat. Shabbat is at the heart of any Jewish community, and this program will enable the Garin Torani to reach out to and strengthen the broader Jewish community of Lod. Secondly, the central synagogue of Lod was damaged during the riots in May. In addition to renovating the building, the community hopes to expand the shul, build a library and offer more classes and activities. We want to help strengthen this Mikdash Me’at at the heart of the Jewish community.”

Though pained by the devastation they witnessed firsthand in Lod, the participants in the RZA–Mizrachi Mission were deeply inspired by the community’s Garin Torani.

Mrs. Raizi Chechik, Head of School at Manhattan Day School, reflected on meeting the members of Lod’s Garin Torani: “One of the most memorable aspects of our visit to Lod was experiencing the power of a Garin Torani to really shape a community and bring to life the vision and values of Religious Zionism. Seeing the commitment of these young individuals and families to remain in Lod following the fear and devastation of the riots and their dedication to continue building and strengthening Torah life in Lod was deeply inspiring.”

Lod is just one of several mixed cities in Israel, including Akko, Haifa and Ramle. Akko has a large, traditional Jewish population and tens of shuls, but barely any rabbis.

Rabbi Perez hopes to address this problem as well: “As we are well aware from our own communities, the existence and functioning of a rabbi is critical to the success of a Jewish community. We are working with an organization called Aseh Lecha Rav to train and place five community rabbis in the heart of Akko, who will serve hundreds and thousands of individuals who feel they have been left behind by Israel, and whose future at the moment looks bleak.”

Rabbi Trump stressed how important it is for Jews worldwide to be engaged in supporting Israel’s mixed cities: “It is important for us to visit these places. Normally, tourists go to hotels, to Jerusalem and Tel Aviv, but it is important to see the whole of Israel. Until you go there, you don’t realize how big Lod is and what is really happening on the ground.”

Over the decades of Israel’s existence, the challenges confronting the Jewish state have evolved. The events of May 2021 showed that, unfortunately, there are areas in the heart of Israel where Jewish life and communities are in difficult straits and need to be supported.

Through the combined efforts of those on the ground in Israel and through the work of the ICF, we hope to ensure the dream of Israel’s national anthem, that we will be able to live as an am chofshi b’Artzeinu, “a free nation in (all) of our land.”

● If your community is interested in joining the Israel Community Fund, please email office@mizrachi.org.

Rabbi Aron White is the Associate Editor of HaMizrachi. He also serves as the Director of Torah Projects for RZA–Mizrachi, and in that capacity as the Community Coordinator for Tzurba M’Rabanan in the USA.