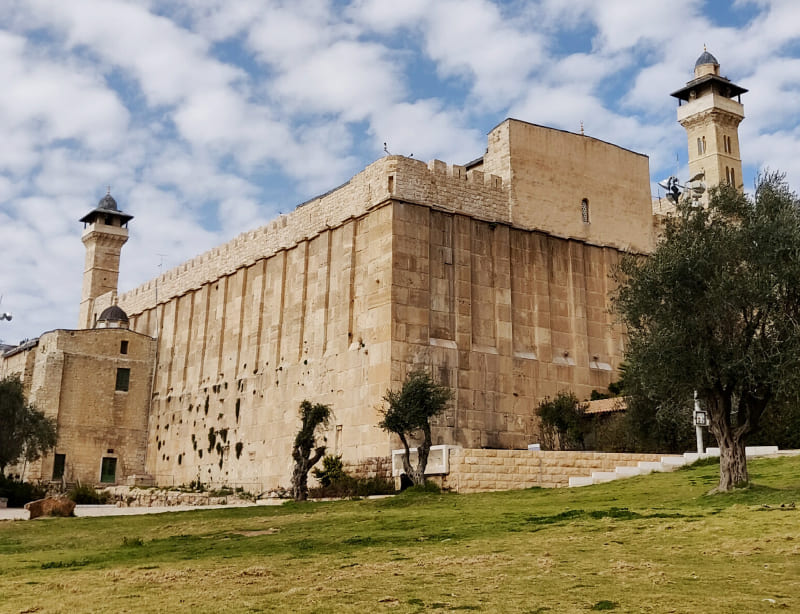 Rebbetzin Frumeh Rachel was a great tzadeket, the wife of Rebbe David of Kaminka, a descendant of David HaMelech. The Rav and Rebbetzin moved to Eretz Yisrael (at that time under Ottoman rule) with great sacrifice and in the face of grinding poverty. In those times, there weren’t skilled doctors in the rural areas, and a primitive sense of hygiene was still prevalent and many women would die during childbirth, rachmana litzlan, (may the Compassionate one spare us!). However, people knew that if there was an issue in labor or childbirth, they needed to have the Rebbetzin of Kaminka there. When she was present, things would go well, and often miraculously so.

One day, the daughter of the Turkish Pasha was in labor, and it became an emergency situation. Doctors and officials couldn’t help. The Pasha was beside himself until his Jewish advisor told him of the holy Rebbetzin of Kaminka. The Pasha immediately ran to the Rav and Rebbetzin’s small, run-down apartment and summoned her. As soon as the holy Rebbetzin arrived in the Pasha’s daughter’s room, the excruciating pains stopped, and a healthy baby was born.

The Pasha wanted to pay the Rebbetzin a reward, but she refused: “I’m sorry, your eminence, it’s not about me, it’s a gift from G-d.” “Please,” the Pasha insisted, “I want to do a favor for you at least. What would you accept?”

Rebbetzin Fruma Leah asked to daven at Me’arat Hamachpelah, which was under Islamic control and closed to Jews under penalty of death. When the Moslem doctor who had been in charge of the Pasha’s daughter heard that this reward had been granted, he burned with jealousy and hatred: “So the Pasha said the dirty Jew can enter our sacred place, but he never said anything about her leaving it…”

As the massive iron door at the entrance to Me’arat Hamachpelah was unlocked, the Rebbetzin stepped inside and slowly descended the steps, until she found herself in a dark cave within a cave. There she poured out her heart in prayer B’shem Kol Yisrael, in the name of all Israel. After some time, she began to ascend again, but when she arrived at the door it was sealed shut. She was trapped! It was pitch black inside and there was no airflow. The guard had clearly been bribed and banging on the door didn’t help. With no recourse, she turned around and descended again, deeper, deeper, her heart crying out.

When she reached the tombs of our holy Avot and Imahot, the Rebbetzin began whispering Tehillim from memory, gasping for breath, growing faint, and sensed she was at her end.

All at once, a light illuminated the cave, and a majestic Jew with a crown appeared next to her. “I am your children’s great-grandfather. Take this,” he said, handing her a small Sefer Tehillim. “Hold on tight to it and follow me.” As they hurried through tunnels, the Rebbetzin saw great light ahead and shielded her face. When she finally opened her eyes, she wasn’t in Chevron anymore; Rebbetzin Frumeh Rachel was outside her home in Yerushalayim.

Each Shabbat Chayei Sarah, we re-live the acquisition of Me’arat Hamachpelah, a cave within a cave, as the resting place for our grandmother, Sarah Imeinu. With our attention turned toward Chevron, we can appreciate the treasures we have inherited from our Avot and Imahot.

The first berachah of our Amidah draws down Zechut Avot, the merits of our ancestors: Magen Avraham, “Blessed are You Hashem, Shield of Avraham.”

The Gemara in Pesachim reveals Hashem’s words to Avraham: Becha chotmin, “With you shall the People of Israel ‘seal’ their blessing…”

The Chiddushei HaRim, Reb Yitzchak Meir, the first Gerrer Rebbe, comments: Underneath the rubble of our mistakes, and even beneath our moments of subtle kefira, ‘heresy’, as it were, lies a ‘sealed’ reservoir of emunah, true faith. This is the blessing of emunah we have inherited from Avraham and Sarah, and it is always protected within us, “shielded” in their merit. The word kefira comes from the root of the word ‘to cover.’ Our shortcomings and rebellions merely ‘cover over’ our unchanging essence of emunah.

Deep down we are all ma’aminim bnei ma’aminim, “believers, the offspring of believers.” Underneath all the darkness shines the majestic light of pure faithfulness. Deeper than anything we do, say, think or believe, emunah is actually who we are.

There are times when we feel stuck, surrounded by darkness, trapped in a cave-within-a-cave, b’hastara shebetoch ha’hastara, in a “double bind” of concealment within concealment – whether within our spiritual struggles, our relationships or our professional lives. We may feel like we have hit a dead-end, with nowhere to go. But there is always a way out, and a way through: connecting consciously, revealing the light of our Avot and Imahot, and the gift they have bestowed on us, opens all the gates.

Whenever we help another Jew, pray from our hearts for Klal Yisrael, or recite a kapitel Tehillim with faith, we are living in the holy example of Rebbetzin Frumeh Rachel. And one day soon, if we hold on, we will become unstuck, and emerge into great light and find ourselves at home, in Yerushalayim, bim’heira.

Rabbi Judah Mischel and his wife, Ora, live in Ramat Beit Shemesh with their family. He is the Executive Director of Camp HASC, Mashpia of OU-NCSY, and founder of Tzama Nafshi, an organization dedicated to Jewish education.