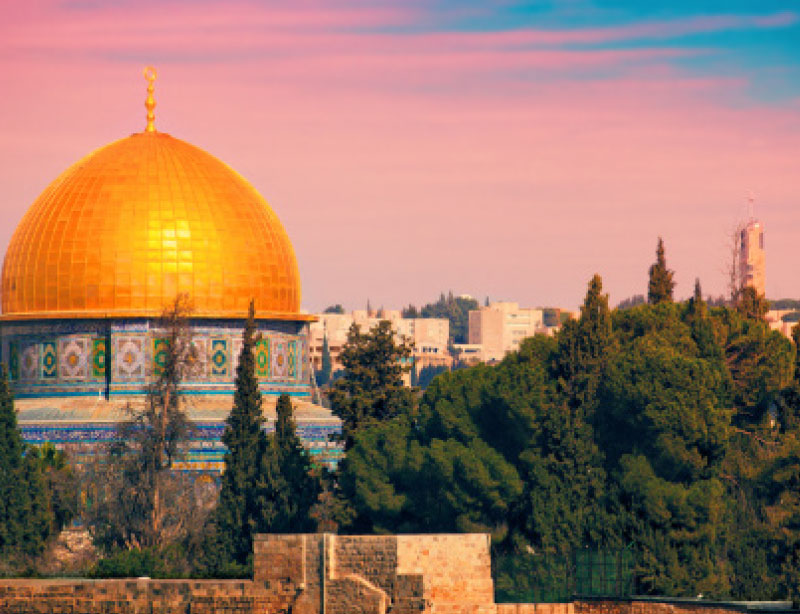 What Bothered the Qadis at the Delegation in Cyprus?

Several years ago I traveled to Cyprus for a meeting of religious leaders; the gathering included rabbis, priests and qadis from Israel. The goal of the trip was to try to speak about matters that we shared in common, in an effort to reduce the tensions between us and our communities. This is why I agreed to attend, to try to bring some calm to the Land.

I began my lecture with a presentation about Mount Moriah, the place of the Akeidat Yitzchak (the binding of Yitzchak), and an explanation as to where the Beit HaMikdash actually stood. Suddenly, there was an eruption of shouting and yelling; the qadis made a ruckus! I didn’t understand how there could already be such an uproar. I hadn’t even said anything yet!

When I saw that it would be impossible to convince him of the truth, I asked him: “Why do you care so much about where the Beit HaMikdash was? Why are you so angry?” He answered: “If the Beit HaMikdash was on the Temple Mount, that means that you were there before us, and if that is the case, we will have to leave the place and give it to you!”

How do we know that we must make a זֵכֶר לְמִקְדָּשׁ, a remembrance for the Beit HaMikdash? For the verse says: But I will bring healing to you and cure you of your wounds, declares Hashem, though they called you ‘Outcast, that Tzion whom no one seeks out’ (Yirmiyahu 30:17). This implies that Tzion requires seeking out. (Rosh Hashanah 30a)

Why do we need a verse to teach us that we must make a זֵכֶר לְמִקְדָּשׁ? Shouldn’t this be obvious?

It seems that the verse is not simply allowing us to create a זֵכֶר לְמִקְדָּשׁ, but it is also defining what a זֵכֶר לְמִקְדָּשׁ actually is. The simple understanding of זֵכֶר לְמִקְדָּשׁ is that we remember what we once had in the past. But with ‘remembering’ there is a great danger: in general, people remember things that existed in the past and can no longer exist in the present and future. The most prominent example of such ‘remembering’ is a remembrance day for someone who has died (of course, we look forward to the revival of the dead, but in the simplest, most immediate sense, it is a day of remembering the past).

The verse clarifies that ‘remembering Jerusalem’ is not a remembering of the past, but rather a looking ahead, to the future – יְרוּשָׁלַיִם בָּעֵי דְּרִישָׁה, “Jerusalem requires seeking out”. We remember in order to seek out and to demand, to remember at all times that Jerusalem is ours, and that she will, G-d willing in the near future, be returned entirely to us. This is not merely remembering the past, but yearning and seeking out – a cry of “may the Mikdash soon be rebuilt!”

Jerusalem requires seeking out. If this is clear to us, then with Hashem’s help and with many prayers, we will soon merit the building of Jerusalem!

Return in mercy to Jerusalem Your city and dwell therein as You have promised and rebuild it, soon in our days, as an everlasting edifice!