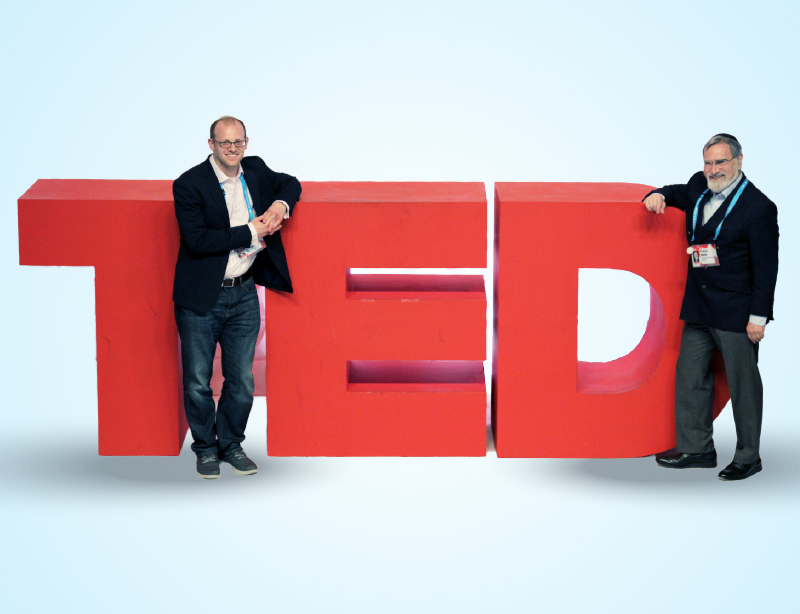 What I Learned From Rabbi Sacks

Working for Rabbi Sacks, as I did for the last decade of his life, offered many memorable experiences.

Some of those were public moments of significance: the TED Talk, the Templeton Prize or his speech on antisemitism in the European Parliament. Others were private moments of reflection during car rides to or from engagements or sitting in his study discussing the latest edits to an article or book he was working on.

I knew I was privileged to be in the company of one of the great minds and scholars of our, or any, generation.

One of the most moving and reflective moments, however, was at Yale University in 2015 when I listened to a conversation between Rabbi Sacks and Miroslav Volf, Professor of Theology and the Director of the Yale Center for Faith and Culture. The topic of their discussion was “A Life Worth Living”1 and explored what it meant, as Prof Volf outlined, for a life to “go well,” be “well led,” and “feel good.”

Towards the end of the discussion, Prof Volf asked Rabbi Sacks what he understood by a meaningful life. Rabbi Sacks bought his hands to his mouth in a pensive state, paused for a moment, and then said the following:

“I think of meaning in Judaism as if each of us is a letter in the scroll. Now, all meaning is expressed in words and all words are written in letters, but a letter on its own has no meaning. It has to combine with other letters to make a word, other words to make a sentence, other sentences to make a paragraph, and other paragraphs to make a story.

I remember being moved hearing Rabbi Sacks speak these words in 2015. But it was only when I listened to them again soon after Rabbi Sacks passed away, that I suddenly realised how perfectly they articulated his own life and approach to Judaism and the world.

At the core of his life, and the heart of his work, was an attempt to bring people together, to bridge divides: between religious and secular Jews, between the Diaspora and Israel, between the Abrahamic faiths, between different cultures within societies, political parties within systems, or academic disciplines within the university.

He recognised that none of us act in isolation from each other; that, like it or not, we are all connected, sometimes by faith, other times by fate. And as a result, we share a responsibility to ourselves, to each other, and ultimately to G-d in whose image we are created.

For Rabbi Sacks, creating connections, or overcoming differences through reasoned and respectful disagreement and debate, was a holy exercise in the collective pursuit of the truth. And because that is how he lived his life, he was universally respected and admired by almost everyone he encountered.

That is why when he was asked by Prof Volf what it means to lead a meaningful life, he spoke of a way of life bound up together with others. That is why he pursued and personified “a Judaism engaged with the world,” one that did not hide behind high walls, but went out into society with a confidence about what it could bring and what it could gain. And this is why, as I saw when I collated and edited The Power of Ideas: Words of Faith and Wisdom, his writings were so timely when they were published, and remain so today.

I’ve never learned so much as I did in the past ten years working with Rabbi Sacks: about myself, my faith, and life itself. I miss him more than words can say. Yet I feel privileged to have shared part of my life with him and to have connected my letter with his in a way that imbues my life with a deep sense of meaning and mission. I know I am not alone in feeling this way.

During the discussion with Prof Volf, Rabbi Sacks noted that “the life worth living in Judaism is a journey. It’s not a state of being. Judaism is about walking, about the way, about following the call of G-d.”

Rabbi Sacks’ journey in this world was defined by constant personal, intellectual and spiritual growth. And though it has now ended, his life and teachings continue to light a path for us to follow. All we have to do is hear the call, and a meaningful life awaits us all.

1 The full discussion can be viewed or read at www.rabbisacks.org/rabbi-sacks-speaks-on-a-life-worth-living-at-yale-university.

2 Rabbi Sacks expanded on this idea in his book Radical Then, Radical Now (published as A Letter in the Scroll in the United States).

Dan Sacker is the Co-Director of the Rabbi Sacks Legacy Trust.