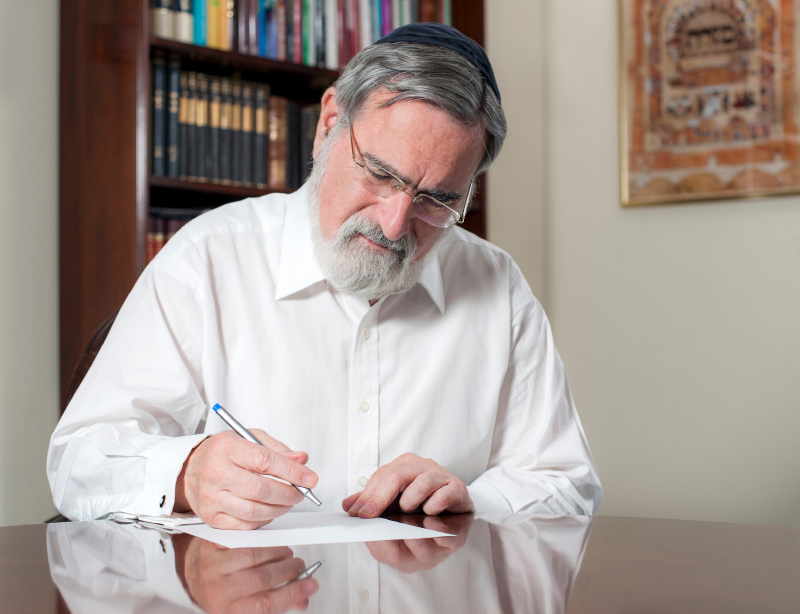 Writing Our Own Chapter

Rabbi Sacks passed away on Shabbat morning, just as Jews throughout the world read the Torah portion of Vayeira. What did Rabbi Sacks teach us about this portion? That the most fundamental priority of the Jewish people is education.

“Who was Avraham, and why was he chosen?” he asks and answers: “Avraham is not described as a righteous man, as Noach is, or as one who protests injustice, like Moshe, or as a warrior, like David, or a prophet, like Isaiah. There is only one place, in Parashat Vayera, where the Torah mentions why G-d chose Avraham: ‘For I have chosen him, so that he will direct his children and his household after him, to keep the way of the L-rd by doing what is right and just.’ To translate this into our vernacular, it is as if G-d is saying: I know this guy. I know what he’s all about. And do you know what he is? He is a good teacher. A good parent. A good educator. And I know that I can trust him in the area that is most important to Me. Not the army, not money, not territory, not charisma – but education. He will know how best to pass the flame on to the next generation and to ignite the same spark in their eyes. The point is not to amass knowledge. Avraham is not meant to compel his children to read many books but to live their lives in accordance with these books. Avraham succeeds in his task, and for this reason, to this day, we all call him ‘our father.’”

Rabbi Sacks passed away on the Shabbat that reminds us all to continue the path of our father Avraham by directing our sons and daughters to safeguard G-d’s ways. Although Rabbi Sacks was a man of many interests and talents, his commitment to this ideal was his greatest accomplishment.

Rabbi Sacks understood that the most pressing problem of our times is the ignorance of the Jewish people and the assimilation and disappearance that has inevitably followed. Recognizing this tragedy, he changed his life course to dedicate himself to the cause of Jewish education. Although he was a Lord, a professor, a scholar and a commentator, he was first and foremost a rabbi and a teacher. Above his studies of the works of Shakespeare, Goethe, and Nietzsche, he placed Jewish continuity. 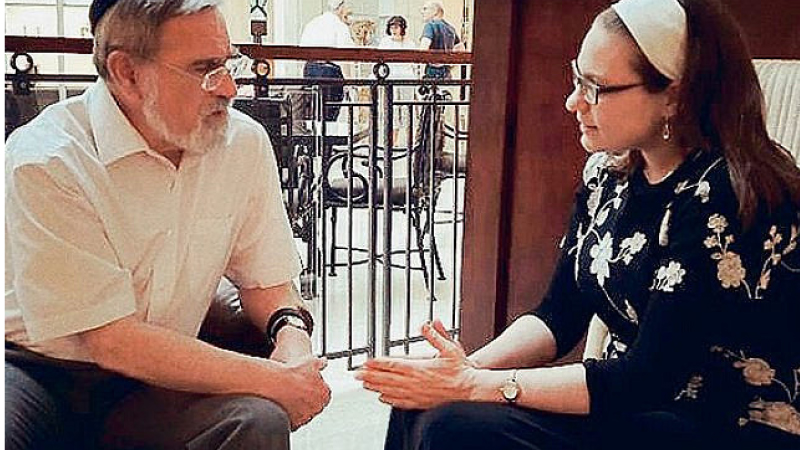 He taught us how to pass on our heritage to the next generation: through discussions, questions and answers, with curiosity and passion, and with a spark in our eyes (who can forget the spark in Rabbi Sacks’ eyes when he learned and taught?). He would constantly remind us that Judaism is not something to be learned by rote, and its students are not meant to be robots.

This is why it moved me so deeply to hear how his wife, Lady Elaine, began the memorial ceremony marking one month since his passing. Participating in the worldwide virtual ceremony were Tony Blair and Gordon Brown, Prince Charles and the Archbishop of Canterbury. And yet Lady Elaine’s opening words were these: “We received so many letters and stories this past month. People told us that they sent their children to get a Jewish education because of my husband.” This was her message before all of the eulogies delivered by honored guests because this truly was Rabbi Sacks’ greatest passion. Although he had the opportunity to sit in lavish mansions with kings and princes, Rabbi Sacks understood that it was far more important to ensure that one more Jewish child would continue on the path of their ancestors.

We all loved Rabbi Sacks very much, and we were deeply pained when he was suddenly taken from us. But the great vacuum that has been created in the Jewish world by his parting will not be filled by merely loving and missing Rabbi Sacks. It will only be filled if we strive to be like Rabbi Sacks. The task that he left us is not to purchase his books but to adopt his path. As he said about the Lubavitcher Rebbe: “Good leaders create followers. Great leaders create leaders.” Rabbi Sacks did not want people to quote his ideas by copying and pasting. He wanted people to take responsibility, transcend themselves to change the Jewish world and bring the Torah to every Jew.

When Rabbi Sacks’ final book on the weekly Torah portion was published posthumously, I discovered that his commentary on the final portion was missing. Sadly, Rabbi Sacks did not finish formulating his insights on the portion before he passed away. Let us try, humbly, to look at it for a moment through his eyes. Undoubtedly, he would have focused on one of the first verses: Torah tziva lanu Moshe, morasha kehillat Yaakov, “Moshe charged us with the Torah, heritage of the community of Yaakov.” This was his life’s motto. The best inheritance that we pass on to subsequent generations is the Torah, our identity, our heritage.

But at the very end of the portion, after Moshe blesses all of the tribes, the Torah describes his passing.

According to some commentators, Yehoshua, and not Moshe, wrote the final verses of the Torah after his teacher passed away.

This, perhaps, is the most potent message that Rabbi Sacks could have left us. The fact that this book lacks a commentary on the final portion says to us: Do not be followers. Be leaders. Do not be fans or spectators, be players. The Torah awaits our commentary as well.

● Adapted from the Foreword to “Studies in Spirituality,” by Rabbi Jonathan Sacks (Maggid Books, 2021).