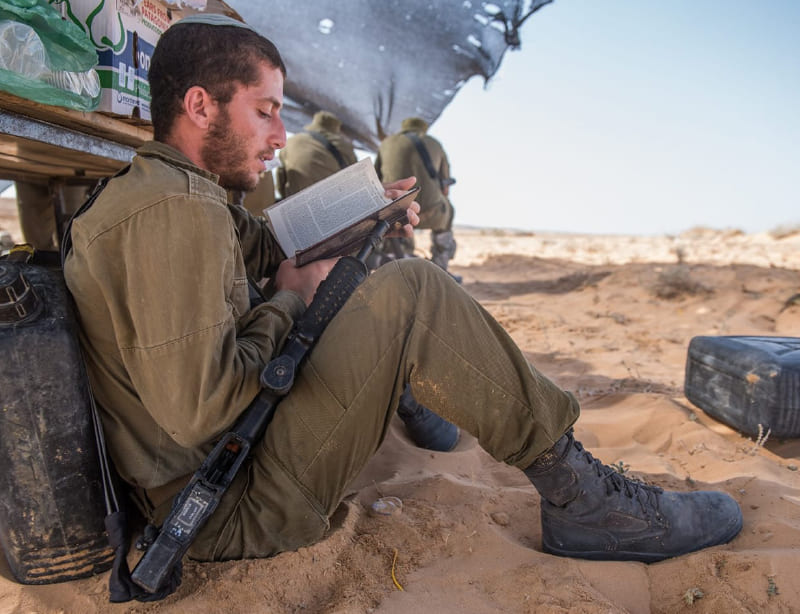 The Groundwork is Laid for the Hesder Movement

In April 1948, a 20-year old yeshiva student at the Mercaz HaRav yeshiva, Shear-Yashuv Cohen (1927–2016), was on a short reprieve from his service in the Haganah. Just months beforehand, the United Nations had voted to partition Palestine. The Jews accepted the plan, but the Arabs rejected it, leading to a period of violent skirmishes that became the first stage of Israel’s War of Independence. As the Haganah pushed for widespread enlistment, some leading rabbinic scholars, including one of the yeshivah’s deans, Rabbi Yaakov Moshe Charlop, protested the attempted enlistment of their students. They published proclamations featuring quotations from the yeshiva’s founder, Rabbi Avraham Yitzchak HaKohen Kook, who supported draft exemptions for yeshiva students in Britain during World War I. This came as a shock to Cohen, who revered Rav Kook. As fate would have it, upon exiting the yeshiva, he ran into Rav Kook’s son, Rabbi Zvi Yehuda, and inquired whether he had somehow erred by enlisting in the nascent Jewish army.

Rabbi Zvi Yehuda was outraged by the publication of the handbills, considering them a distortion of his late father’s views. He promised to publish a treatise on why fighting for the Jewish homeland was different from fighting on behalf of another nation’s army. Rabbi Zvi Yehuda blessed his pupil and sent him back to his post.

Cohen would need that blessing. Over the next month, he fought to hold the besieged Old City of Jerusalem until the outnumbered Jewish fighters were forced to submit to Jordanian forces. Cohen helped convince the surviving fighters to surrender and not create a modern-day Masada by “saving one last bullet” for themselves. Severely wounded, he spent the next nine months in Jordanian captivity until he was ultimately freed in a prisoner exchange. While recuperating in Jerusalem in 1949, Rabbi Zvi Yehuda gave him a copy of the promised treatise defending army service by yeshiva students that he had published soon after Israel’s Declaration of Independence.

Rabbi Zvi Yehuda Kook was not the only rabbinic scholar to support the conscription of yeshiva students. Similar essays were written by Rabbis Yitzhak Herzog, Shlomo Yosef Zevin, and Cohen’s own father, R. David Cohen (known as “the Nazir”). Yet Rabbi Zvi Yehuda’s treatise was particularly fascinating because it addressed an earlier era in which religious Jews were much more conflicted over whether they had a homeland to fight for.

Jews were active participants on both sides in World War I: More than a million Jews served with Allied forces, while 450,000 Jews served in the armies of the Central Powers. Some, particularly in countries like Turkey (Central Powers) and Russia (Allies), were forced into service by rulers they loathed. In other countries, such as Austria-Hungary and Britain, many Jews patriotically enlisted, thankful for the relatively safe position of the Jewish community in those countries.

For over a century, Rabbis debated whether Jews should fight for their host countries. Partly due to the difficulty of observing ritual laws while serving, many were opposed to such participation. Yet recognizing that it was often not a matter of choice, like in Tsarist Russia, they nevertheless guided enlisted soldiers in the observance, to the extent possible, of dietary and Sabbath laws. The “Chofetz Chaim,” Rabbi Yisrael Meir Kagan, would even write a popular handbook for Jewish soldiers called “Machane Yisrael.”

More fundamentally, many rabbis spoke out against the wanton bloodshed of warfare when not fighting in self-defense. Proactive belligerence, in their view, flagrantly violated the commandment of “Thou Shalt Not Murder.” To this was added the fear that Jewish soldiers on one side might be killing Jewish soldiers on the other side, a trope common in Jewish literature throughout the 19th and early 20th centuries.

Other rabbis, however, deemed military service a religious duty. Rabbi Moshe Shmuel Glasner of Hungary (the “Dor Revi’i”) denounced Jewish draft dodgers. In his mind, the obligation to follow the state’s laws demanded not only paying taxes (damim in Hebrew) but also risking one’s blood (also damim). If national service entailed violating the Sabbath and other commandments, so be it.

Similarly, Chief Rabbi Joseph Hertz of Britain praised Jewish servicemen and regularly condemned those who neglected their combat duties, particularly if they did so in the name of religion.

This proclamation was opposed by Rabbi Avraham Yitzchak Kook, who was living in England after being stranded in Europe due to the outbreak of war in 1914. Much to Rabbi Hertz’s dismay, Rav Kook wrote letters for yeshivah students to receive a draft exemption for religious reasons.

Rav Kook felt that Jews should avoid military service if the government would not allow them to maintain their religious lifestyle. Interestingly, when the so-called ‘Jewish Brigade’ was formed toward the end of the war, Rav Kook praised its soldiers while providing halachic guidance to its chaplain regarding kashrut and other ritual observance.

These letters in favor of religious exemptions during World War I were now being cited in 1948 to protest the conscription of yeshivah students to the newly formed IDF. But Rabbi Zvi Yehuda argued that the scenarios were not comparable. In England, the British army was drafting yeshivah students, including many Russian refugees, into an army that was foreign to them; in 1948, Jewish soldiers were needed to defend their own people and true homeland from the ongoing attacks of their enemies. When it comes to defending the Holy Land, all Jews must be willing to fight.

Over time, Israel would establish different models, including the Hesder Yeshiva system, to enable religious citizens to both study Torah and serve in the army. In fulfilling both of these great religious values, these scholar-soldiers are following the path blazed before them by the brave 20-year old Shear-Yashuv Cohen in 1948. While best known for becoming the Chief Rabbi of Haifa, Rabbi Cohen would first serve as head chaplain of the Israeli Air Force, serving alongside his brother-in-law, IDF Chief Rabbi Shlomo Goren – a fitting way to serve his nation as both a scholar and a soldier.

Rabbi Dr. Shlomo Brody is the co-dean of the Tikvah Online Academy and a post-doctoral fellow at Bar-Ilan University Law School.