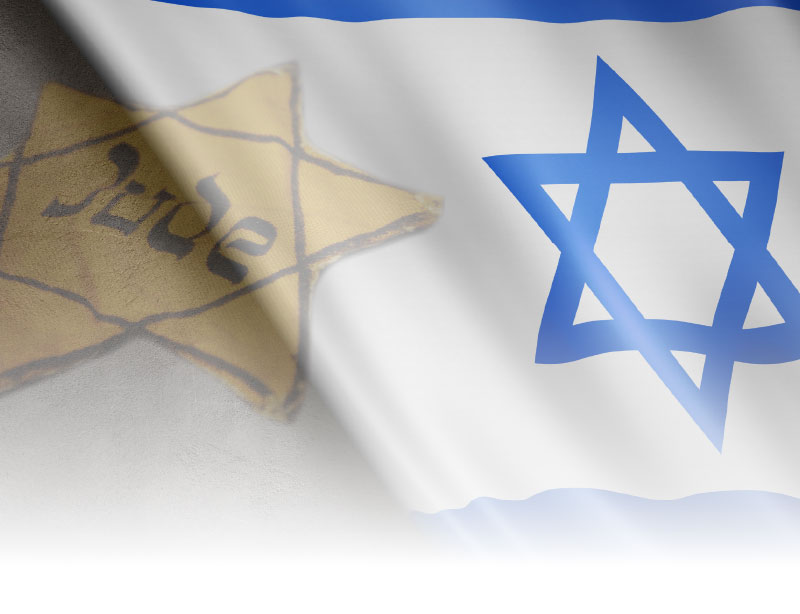 I Owe My Life to the Zionist Movement

German Youth Sport and a Mother’s Cunning and Courage

How many grandparents leave all their children and grandchildren behind to make Aliyah?

I will never forget the time when, as an eight-year-old boy in Johannesburg, my maternal grandfather gathered our family together and told us that, as a Zionist leader and the head of Maccabi South Africa, he believed it was his responsibility to move to Israel. And so, in their late 50s, Louis and Minnie Gecelter moved to a tiny, one-and-a-half-bedroom apartment in Tel Aviv.

As Zionist as they were, it was unusual for grandparents to leave all their children and grandchildren behind; normally it is parents who follow their children on Aliyah. Acknowledging this, he emphasized that he had always been driven first and foremost by principles, and that it was his lifelong dream to participate in building the Jewish state. He hoped and prayed that we would all follow suit. Incredibly, within twelve years of their Aliyah, all of their children and grandchildren had joined them in Israel.

As a young boy in Kovno, Lithuania, my grandfather’s love of Israel was already palpable. A talented sportsman, his membership in Maccabi Lithuania provided him an opportunity to combine his love for Israel, the Jewish people, and sport.

In 1937, at the age of 16, he had an encounter with German Jewish youth at a Maccabi youth summer sports festival in the Baltic Sea region that would alter his life forever. The young German Jews told him about Nazi Germany’s antisemitic laws and the degradation they were forced to endure as the Nazis consolidated their power throughout the 1930s.

Deeply impacted by what he heard, my grandfather felt that his astute mother needed to hear firsthand what the young German Jews had to say. The challenge was that his mother was hundreds of kilometers away, running a kiosk along Lithuania’s Nemanus River, where steamboats traveling from the Baltic Sea to Kovno would stop for supplies. Young Louis, however, was undaunted; he went to the docks, met with one of the captains and asked for a personal favor – to deliver a note to Mrs. Sonia Gecelter, the lady who ran the kiosk in Kovno. Receiving the note, my great-grandmother got on the next steam boat and came to the Maccabi games to meet these German Jewish teenagers. She sat with them for hours and heard for herself what they were enduring in Nazi Germany. After the Maccabi games were over, she gathered the family together and said in Yiddish “mir muzen pakn, di kinder zugen dem ames,” “we must pack up, the children speak the truth.”

They left Lithuania in December 1937 with the intention of going to Palestine, but were barred from entry due to the infamous White Paper restrictions of the British Mandate. Fortunately, they managed to gain entry to South Africa, and were thus spared from the horrors of the Holocaust.

Incredibly, my grandfather’s encounter with these young German Jews at a Maccabi sports festival saved his life, and my entire family is alive today because of it. If not for his wisdom and proactive nature and my great-grandmother’s great courage and willingness to leave Lithuania for an uncertain future, my family’s future would have been very different. 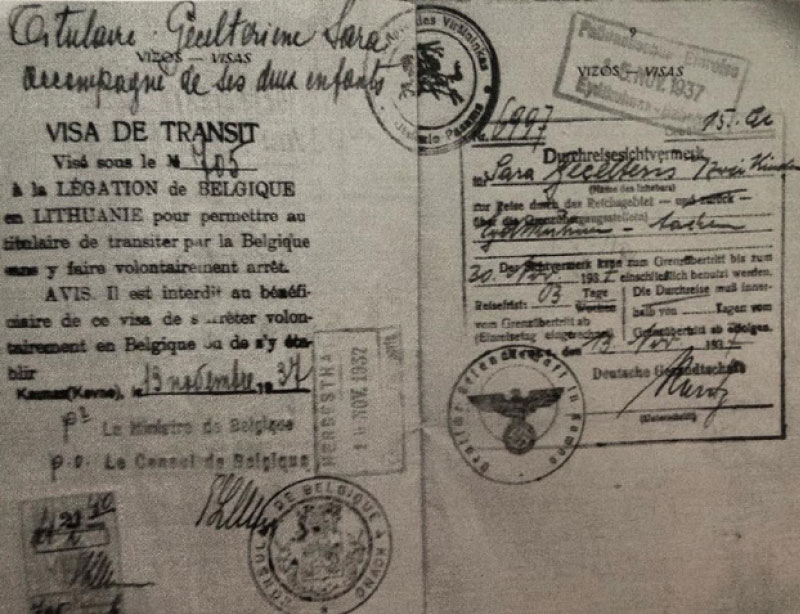 A leader and lover of Israel

In 1942, Louis married Minnie Shrog and built a family alongside tens of thousands of other Lithuanian Jews in South Africa, a community that grew to 120,000 at its zenith in the 1960s. Louis was known fondly as “Mr. Maccabi” because of his lifelong dedication to Israel and sport, which he believed played a critical role in strengthening Jewish identity and pride. In 1957, when Jews were not allowed to join many sports clubs in South Africa, he built Johannesburg’s first Jewish country club with a large array of sports facilities. Everyone in Jewish South Africa knew the Jewish Guild Country Club and some of my fondest childhood memories are of spending Sundays in the swimming pool, on the tennis courts, and on the soccer field. My grandfather led the South African delegation at many Maccabi games and attended three Olympic Games as part of the South African Olympic Committee. He referred to the Olympic Games he attended as the three Ms – Mexico in 1968, Munich in 1972, and Montreal in 1976 – and was present at the Olympic village in Munich at the time of the terrible murder of eleven Israeli athletes.

After making Aliyah, he worked at the Maccabi Village in Ramat Gan, eventually receiving the highest award of the Maccabi World Union, known as “Yakir Maccabi Olami.” He and my grandmother lived happily in Israel for another 38 years and after an incredible 75 years of marriage, they passed away within a year of each other at the age of 97. Pop Louis and Granny Min, as we would fondly call them, were shining examples of values-based leaders. They were loyal to each other, served the community, and embodied a deep love for the Jewish people, the State of Israel and mankind. 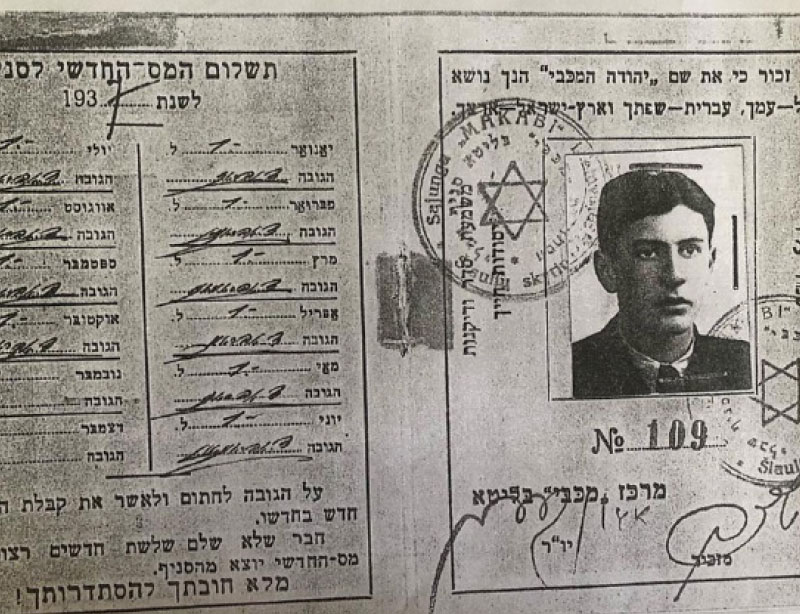 My grandfather understood that Jewish pride, confidence, and a sense of personal dignity are of enormous spiritual value. In fact, the Torah considers self-confidence and dignity to be the ultimate blessing!

The greatest of all the blessings promised to the Jewish people at the beginning of Parashat Bechukotai is וָאֶשְׁבֹּר מֹטֹת עֻלְּכֶם וָאוֹלֵךְ אֶתְכֶם קוֹמְמִיּוּת, “And I will break the yoke of your burden and I will walk with you in a way that is komemiyut” (Vayikra 26:13). Rashi explains that this unusual word, which appears only once in the whole Torah, means בְּקוֹמָה זְקוּפָה, “an upright posture,” while Targum Onkelus translates it as לְחֵרוּתָא, “with a sense of freedom.”

One of the great tragedies of generations of exile, unrelenting hatred and antisemitism is the psychological effect it has had on many Jews who have internalized the insults of enemies; told by so many for so long that they are hated, they have come to believe that they are hateful (Rabbi Jonathan Sacks, Future Tense, p. 106–108).

The mind-boggling phenomenon of Jewish antisemitism by some of Europe’s assimilated Jewish elite led German Jewish philosopher Theodor Lessing to write his classic 1930 book, Der Judische Selbsthass, On Jewish Self-Hatred, in which he tried to explain this destructive phenomenon of Jewish intellectuals who regarded Judaism as the source of evil in the world and turned against their own. Today, many such Jews continue to be at the forefront of the movement denying our people’s legitimate right to an independent Jewish state in Eretz Yisrael.

And so one of the greatest blessings of redemption is to be redeemed from this form of servitude – to no longer be curled up and bent over but to stand tall and upright! Redemption means that our people exchange a sense of subservience and insignificance for one of worthiness and dignity. Redemption must come with a strong belief in our legitimate right to freedom and independence, no more or less than anyone else. This is komemiyut: standing tall and erect, though never arrogant; living with dignity and self-assurance, but never self-righteousness. It is this that we pray for every time we recite birkat hamazon: הָרַחֲמָן הוּא יִשְׁבּוֹר עֻלֵּנוּ מֵעַל צַּוָּארֵנוּ, וְהוּא יוֹלִיכֵנוּ קוֹמְמִיוּת לְאַרְצֵנוּ, “May the Merciful One break the shackles of our burden from off our necks and lead us upright to our Land.”

Ben-Gurion always referred to the War of Independence as מִלְחֶמֶת הַקּוֹמְמִיּוּת – the War of Komemiyut. Unlike the more common name, עַצְמָאוּת (independence), the word komemiyut is of biblical origin and most powerfully captures the meaning of the unfolding of the redemption and the blessing of an independent Jewish state.

Rabbi Berel Wein once told me that, as a student of history, he found it very difficult to imagine how the Jewish spirit could have been resurrected after the devastation of the Holocaust, if not for the miraculous establishment of the State of Israel so soon afterwards. Our people’s crushed spirit was revitalized, our hopelessness became hopefulness, and our devastation was transformed to a destiny of dignity. How blessed we are to live in such a time!