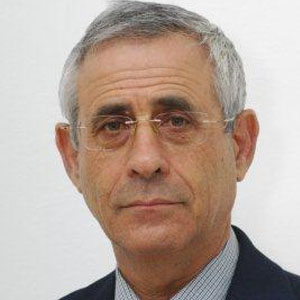 1. "The Arab Spring" – Where does it lead to?
2. Tribalism in the Middle East and its influence on politics and state building.
3. Turkey – What went wrong?
4. What is the struggle over Jerusalem all about?
5. Why do many Muslims hate the West?
6. Understanding the Iranians - What motivates the Ayatollas?
7. Hezbollah - Ideology, politics and modus operandi.
8. Hamas - Ideology, politics and modus operandi.
9. Islam - A culture in crisis.
10. Islam in Democratic State - The Islamic Movements in Israel.
11. Democracy in the Middle East - Opportunity or danger?
12. Islamic Radicalism - Causes, ideology and ways to face it.
13. The Middle East - Quo vadis?
14. Sunnis and Shi'is - Why do they hate each other so?
15. Islamic Women between Tradition and Modernity.
16. Palestinian Political Illustrations - Cartoons and messages.
17. The Right of Return in the Palestinian National Ethos.
18. Hizballah, Hamas, and Israel - Living with the enemy.
19. Clash of Values: Gender and Family Issues - Sources of tension between Islam and the West.
20. Arab Intellectuals - Where are they?
21. Arab Mass Media.
22. The Other Voice in the Arab World - My personal experience.

1. Flawed intelligence assessments and mistaken policies resulting from cultural differences.
2. What motivates Arab states, societies and armies?
3. How to understand the Arab state media?
4. Major mistakes made by the Western coalition in Iraq and Afghanistan.