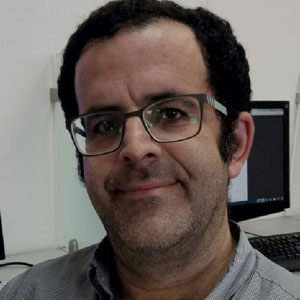 Dr. Mordechai Mayer. (merried to Dr. Tamar Meir)
Born 1970, married and father to 6 children.
B.a. in Psychology and Jewish Philosophy, and Phd. in Talmud in Bar-Ilan University.
As of today, Head of the Jewish Oral Law Department at Talpiot College. Member of the Talmud Education Committee at the Ministry of Education. Educator in Amit organization for over 20 years. Over the years served as a lecturer in Bar-Ilan University, Efrata College, Matan Ra’anana H’adarom College and more.
Author of:
Eulegies In Memory of the Holocaust for the Ninth of Av, hruakho 2003
כלי מחזיק ברכה – עיצוב המשנה כפרשנות, גבעת שמואל 2012

Educator at: Academic, Other

Sample Topics - General:
Topics in Judaism
Parshat Shavua - From Biblical Interpretation to Jewish Thought; A Hassidic view of Parashat-Shavua related to our daily lives.
For example:
"Yitzhak and Rivka and the argument about the challenging son's education, Esav."
''What happened to the people of Israel during the plagues of Egypt and what's it's meaning to us''

Chassidut
Chassidic story, Chassidic figures - their history and philosophy, Chassidic ideas and their application in our daily lives.
Topics like:
''Can we always be happy''
''Why do Hasidim Have Difficulty with Praying on time?''

Holocaust
Holocaust-related thought and Holocaust commemoration in the Jewish world.
Topics such as - 'What was the attitude of the Lubavitcher Rebbe and Rabbi Soloveitchik to the commemoration of the Holocaust?'
'Admor' in the Warsaw Ghetto - The Admor from Piatzesna
"Why was an Admor, who was in five camps, marched in the ''death marches'', against lamentations about the Holocaust?"

Sample Topics - Israel Related:
Eretz Israel
The ultra-Orthodox world's attitude to the State of Israel.
Topics such as - the reaction of the Admor from Modzitz to the establishment of the State, the words of the Admor from Slonim about the liberation of the Western Wall and the First Gulf War, and more.

Religious Education in the State of Israel - Reality and Dilemmas.
Topics as:
'How to raise virtuous children in the modern world'
Is the twentieth century education suitable for the twenty-first century?