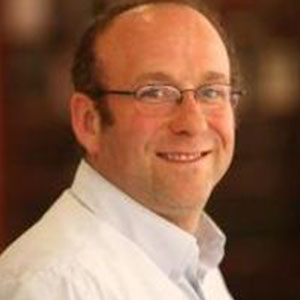 Dr. Yoel Finkelman is curator of the Haim and Hanna Solomon Judaica Collection at the National Library of Israel. Formerly a lecturer at Bar-Ilan Unviersity, Midreshet Lindenbaum, and MMY, he is author of “Strictly Kosher Reading: Popular Literature and the Condition of Contemporary Orthodoxy” as well as numerous articles on contemporary religious culture in Israel and the United States.

Sample Topics - General:
1) An Introduction to Artscroll: What Popular Literature Can Teach Us About the State of Contemporary Orthodoxy: This discussion would be based on the first chapters of my recent book. This lecture could be modified for a scholarly, general, or Orthodox-synagogue audience.

2) The Yeshiva World Then and Now: How Myth Making About Eastern Europe Leads Contemporary Orthodoxy Wrong –This session would look at images of East European Jewry in contemporary Orthodox writings, compare that to the historical reality, and claim that the nostalgia is both inspiring for some aspects of contemporary Orthodoxy but is also very limiting and confines Orthodoxy to certain ways of imagining things like family, religious-secular relations, the role of religious scholars, and the ideal curriculum.

3) Orthodoxy and Isolationism: It May be Inevitable – A survey of various sociological theories of boundary maintenance and how they have played out into different models of Orthodox isolationism in the last two hundred years.

4) Sparing the Rod? Child Rearing in Classical and Contemporary Jewish Sources – Jewish attitudes toward child discipline have changed dramatically in the last two hundred years, a development that teaches us a great deal about changes that have taken place in the often nostalgically recalled "timeless Jewish family." How have we gone from a community dedicated to extensive physical punishment to one committed to more progressive educational norms.

5) Moshe and the Angels in Celestial Battle: A Close Reading of Shabbat 88b – This would be a close reading of the extremely nuanced and rich story of Rabbi Yehoshua ben Levi about the argument between Moses and the angels, mostly from a literary perspective.

6) A Tale of the Blind Rabbi, Suicidal Princess, and Murderous King: A Close Reading of the Herod Story in Bava Batra 3b – This would be a close reading of the Talmudic story of Herod’s rise to power, arguing that it is a reflection on the challenges of tyrannical leadership and the ways to make the best of an impossible situation.

7) The Day Shmuel's Teacher Slapped Him: The Sages on Conflict between Students and Teachers – Several Talmudic stories and passages reflect on how to manage conflict, fights, and disagreements between parents, teachers, and students. Suffice it to say, there are no simple solutions.

8) From Bomberg to the Beit Midrash: The Deeper Meaning of the Talmudic Page – Jews were not the first to copy or print books with a central text in the middle surrounding by commentaries. But the unique page layout of the Gemara and Mikraot Gedolot survived in Judaism long after Latin printing abandoned it. Where did this page layout come from, what does it mean, why did it survive?

9) An Introduction to Jewish Magic - The deliberate manipulation of supernatural forces for human ends - has a long and surprisingly robust place in the history of Jewish ideas and practice. Jews throughout history cast spells, wrote amulets, crafted magical objects, in the process healing the sick, battling natural disasters, and saving themselves from dark cosmic forces. Is such activity permitted? Is there a difference between good and bad magic? Has modern science and technology really put an end to Jewish magic, or is magical thinking still alive and well, perhaps even among rational people who think scientifically?

Sample Topics - Israel Related:
1) Religion and State in Jewish Thought –This lecture would focus on how different medieval and early modern Jewish thinkers envision religion-state relations and try to think through the potential implication for the contemporary State of Israel and its own religion-state challenges.

2) Haredim, Zionism, and Israeli Culture -- making sense of the current state of Haredi-Israel relations. Haredim have become an almost obsessive topic of conversation in Israeli political and cultural life. Why the fascination? Why are Haredim so important to the future of Israel? Are Haredim and non-Haredi Israel coming closer together? What are the implications on Haredi-Israel relations of rising Haredi work-force participation, growing academic education within the Haredi sector, and increase military service? What are the implications of the more nuanced secular and religious-Zionist discourse about Haredi integration into general culture?